The AfD and FN leaders to meet in Koblenz | Europe| News and current affairs from around the continent | DW | 20.01.2017

The AfD and FN leaders to meet in Koblenz

On Saturday, the head of the Alternative for Germany Frauke Petry and Marine LePen from France's National Front are to meet at a gathering of European right-wing parties. This is a controversial event within the AfD. 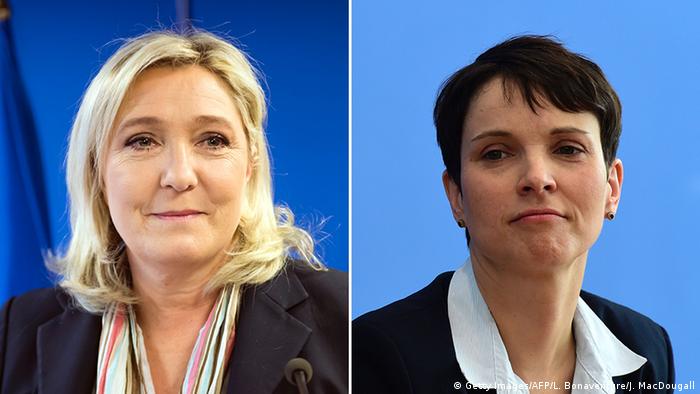 Frauke Petry is careful about her reputation. She does not want to be seen as a right-wing extremist and nor does she want her party, Alternative for Germany (AfD), to be labeled as such. She has called the Thuringian AfD leader Björn Höcke, who held a controversial speech in which he criticized the Holocaust Memorial in Berlin, a "burden for the party." For a while, Petry's reservations have kept her from contacting Marine LePen from the France's National Front, which is considered to be at least a notch more radical than the AfD.

Despite that fact  - or maybe even due to that fact - the National Front is still successful. In the last European elections, it was the strongest party in France and many even believe that Marine LePen could run as a candidate in the presidential elections in April and May. The two parties do not differ greatly in their general ideas. They are both against immigration, view Islam critically and they reject the European Union and the euro – at least in their current state – and they would like to reinforce the nation as an entity. The same holds true for Dutch politician Geert Wilders from the Party for Freedom.

Meuthen: 'Nothing to do with AfD'

Last summer, Frauke Petry secretly met Marine LePen. Now she is seeking public appearances with LePen, Wilders and Matteo Salvini from the Italian Lega Nord. Nonetheless, the AfD itself is not hosting the party gathering. Petry's new husband, the head of North Rhine Westphalia's AfD, arranged the meeting. He is a member of European Parliament for the AfD and as a lone MEP joined the Europe of Nations and Freedom (ENF) parliamentary group, whose driving force is the National Front. Pretzell's only party colleague in Strasbourg, Beatrix von Storch, is a member of Europe of Freedom and Direct Democracy (EFD), which is mostly run by Britain's UKIP and the Italian Five Star Movement. 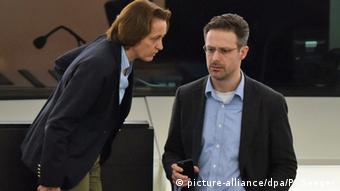 There are people in the AfD who think Petry's appearance at the gathering is wrong. "That is a pure ENF matter that has nothing to do with the AfD," says Jörg Meuthen, who ironically makes up the party's leadership duo with Petry. Even the Berlin AfD chairman Georg Pazderski says that the AfD should distance itself from the National Front, as its economic policies are too "socialist" for him. The FN does indeed advocate isolationism and anti-globalization, unlike the economically liberal AfD.

The nationalists present themselves as international

The right-wing groups that have gathered in Koblenz do not mention their differences. "In Koblenz, leading politicians of a new Europe are gathering together. They stand on the brink of assuming government responsibilities in their countries," is written prematurely on the invitation. In March, parliamentary elections will be held in The Netherlands; in April and May, the French will vote for a new president and in September, a new German parliament will be elected.

In all three elections, the right-wing parties will probably achieve good results, but no one is predicting that they will run governments. Emmanuelle Reungoat from the University of Montpellier believes that LePen, Wilders and Petry want to capitalize on each other's popularity. Claire Demesmay from the German Council on Foreign Relations adds, "for these parties, it is very important to show that they have international partners." 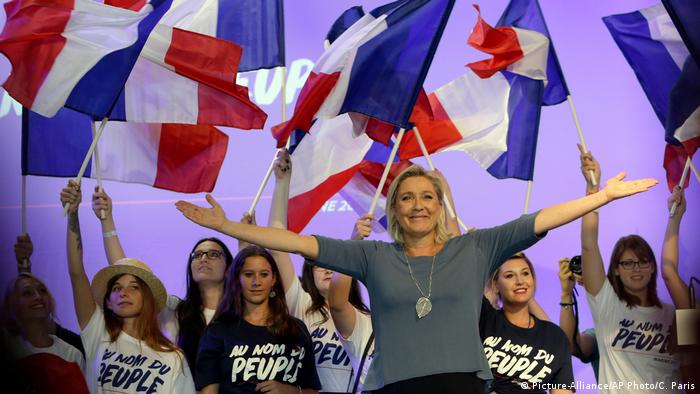 It is obvious that not everyone is enthusiastic about the gathering. The city of Koblenz is concerned about its image. The Social Democrat (SPD) mayor Joachim Hofmann-Göttig said, "The right-wing populists are cordially unwelcome." Yet legally, he could not prevent the populists from renting the Rhein-Mosel-Halle conference hall. "If we had not done it, they would have sued," added the mayor.

He will, however, be pleased about the fact that a broad counter-alliance with the slogan "Koblenz remains diverse" has formed and will demonstrate on Saturday. The head of the SPD and deputy Chancellor Sigmar Gabriel wants to join the march as do representatives of the Green Party, the left-wing party Die Linke and even the Social Democrat foreign minister of Luxembourg, Jean Asselborn. "We cannot leave the destiny of the continent in the hands of the nationalists," Asselborn told the German Press Agency.

Not only is the meeting of the right-wing populists controversial, but their dealings with the press are as well. Pretzell has denied many press members accreditation because of their allegedly one-sided coverage. This includes all public broadcasters. They still intend to provide live coverage, as does Deutsche Welle.