That′s not me: poll finds homosexuals in Germany don′t feel represented in ads | Germany | News and in-depth reporting from Berlin and beyond | DW | 06.04.2017

A new study has found that homosexuals in Germany don't think ads mirror their lifestyle. Researchers say CEOs might want to change that, since the LGBT community is a lucrative target audience. 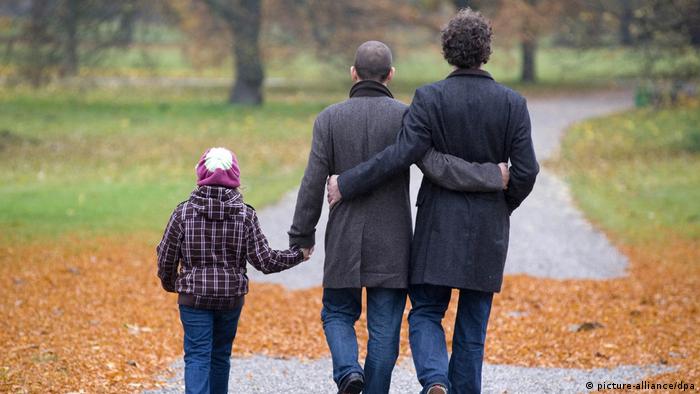 Company executives are missing out. They are spending millions of euros on marketing every year to sell their products and services to the German population, but a significant part of this population doesn't see itself represented in the ads and commercials that surround them.

According to a representative poll by polling institute YouGov, almost half of those individuals in Germany who identify as lesbian, gay or bisexual (LGB) don't think marketing campaigns depict their lifestyle.

Researchers analyzed responses from 30,467 Germans who are 18 years or older. Of these participants, 7 percent self-defined as non-heterosexual. The responses of these 2,122 participants revealed that 43 percent of the German LGB community don't see enough of their personal everyday life reflected in ads.

The lack of marketing representing the LGB community is something PR reps might want to remedy. 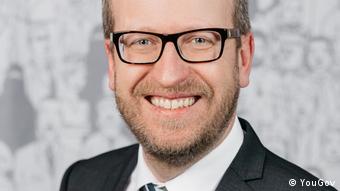 "This target group is especially interesting, because it includes a disproportionately high number of early adopters and trendsetters," Geissler said. "There's a high willingness to try something new, for example when it comes to tech gadgets or food trends."

"It would really make sense for advertisers to target this group more," Geissler said. "Something that becomes a trend in the LGB community could easily spill over into wider society."

Online is the new TV

LGB participants also said that television advertising did not earn their greatest attention. For 21 percent, highest awareness was reserved for online ads. That could mean websites and blogs, but it also includes YouTube or social media like Facebook.

Deutsche Bahn is one company that recently made use of this circumstance. The German railway company's commercial "The Fan", released in time for the UEFA EURO 2016, became highly visible and generated many reactions on social media.

The video shows a dedicated male soccer fan who watches his favorite player in training, stands in the audience for home games and travels - by train, of course - to away games. As it is slowly revealed, player and fan aren't just friends but a couple.

"For the 25th birthday of our [high-speed train] ICE, we wanted to show that it connected more than just train stations and cities," Deutsche Bahn board member Bertholt Huber said.

Reactions were overwhelmingly positive. The only bone Twitter users had to pick with the ad: why do the two men just hug in the end? Twitter user Johanna Blacky wrote, "Guess kissing was too much for you?"

A couple of years ago, a commercial like Deutsche Bahn's would have been unthinkable. Today, ads with homosexual couples are still few and far between in Germany, but they do exist. Geissler does not believe that companies in general are afraid that commercials with non-heterosexual protagonists could lead to a backlash. But he also admits that firms in traditional segments might hesitate to publish commercials like the Deutsche Bahn soccer love story.

"Take DIY stores for example - in their ads it's just recently become a thing that women can hold a power drill, too," Geissler said. "They might find it difficult to sell a homosexual couple to their target audience."

Opposition and counter-opposition in the US

In the US, conservatives have loudly voiced their displeasure with ads that reflect the daily life of homosexual couples. The right-wing Christian group One Million Moms (OMM) is quick to come down on companies who are "pushing the LGBT agenda," as OMM calls it, using the common accronym for lesbian, gay, bisexual and transgender.

OMM encouraged their followers to boycott yogurt maker Chobani and soup giant Campbell when the companies showed ads featuring a lesbian and a gay couple respectively. In 2012, the group urged Americans not to shop at clothing store JCPenney after the chain hired lesbian talk show host Ellen DeGeneres as its spokeswoman.

That call to arms wasn't very successful, though. JCPenney didn't report a loss in profits and stuck by DeGeneres. And for Father's Day that year, the store doubled down and published an ad showing to real-life gay dads playing with their children.

With the current legislative period approaching its climax, time is running out for the Social Democratic Party (SPD) to push through a same-sex marriage bill. Their conservative coalition partners remain on the fence. (28.03.2017)