Black-clad gunmen on motorbikes have shot dead two Buddhist monks and wounded two others in southern Thailand. Separatist violence which first flared in 2004 has seen an uptick in recent weeks after a three-year lull. 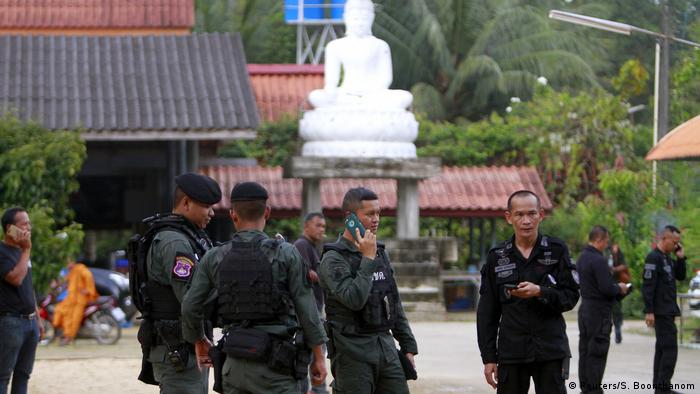 Suspected Muslim gunmen dressed in black arrived at the Rattanaupap temple in the southern province of Narathiwat on motorbikes at around 7:30 p.m. local time on Friday (1230 UTC), officials said.

They then entered the building from the back and shot dead two monks, leaving two others wounded. One of those killed was the temple's abbot.

No group has claimed responsibility for Friday's attack, the first to target monks for more than three years.

Security stepped up at temples and mosques

Local monks were told to suspend morning alms collection starting from Saturday in Thailand's three most southerly provinces. Security was also stepped up to protect Islamic leaders, after an imam in the same region was shot dead last week.

The temple attack was one of several violent incidents in Narathiwat on Friday, including a roadside bombing that wounded five members of the security forces, and a shootout between paramilitary rangers and five armed men that left one of the gunmen dead.

"The ghastly attack on Buddhist monks by insurgents in Thailand's deep south is morally reprehensible, and a war crime and those responsible should be held to account," said Brad Adams, Asia director at Human Rights Watch.

HRW has blamed the renewed violence on the militant group, the Barisan Revolusi Nasional, BRN. 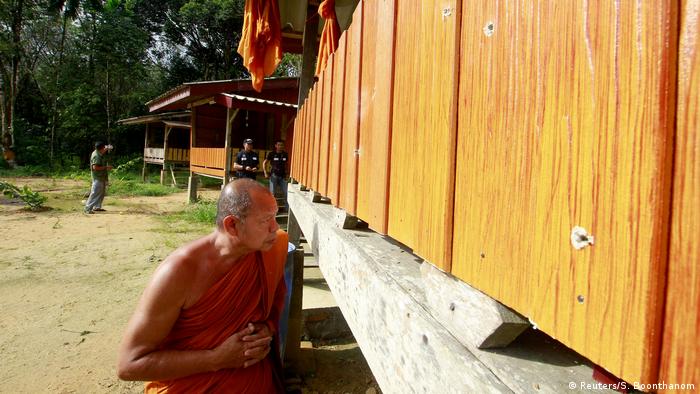 BRN has led a separatist campaign over the past 15 years that has left nearly 7,000 people, including at least 23 monks, dead.

Narathiwat is one of Thailand's three southernmost provinces, the only ones with Muslim majorities in the Buddhist-dominated country. The three provinces and a small part of neighboring Songkhla were part of a sultanate annexed by Thailand in 1909, and tensions have simmered ever since.

The Thai military government has taken part since 2015 in talks brokered by Malaysia that aim to end the violence, but the BRN has stayed out of the dialogue.

That process was stalled last year, and Bangkok has signaled that it will return to the talks this year.

Violence has plagued southern Thailand for decades, with Muslim separatist groups demanding independence for the ethnic Malay people. Activists say the humanitarian aspect of the conflict has largely been overlooked. (27.10.2016)

With Thailand gripped by a dramatic effort to rescue a young soccer team from a cave, the deep divisions within society were brushed aside. But experts say that kind of national solidarity is unlikely to be permanent. (10.07.2018)

From Thai boxer to startup founder