Thailand has become the first Southeast Asian country to legalize medicinal marijuana after parliament voted to amend a narcotics law. Marijuana use to relieve pain and fatigue was common in Thailand until the 1930s. 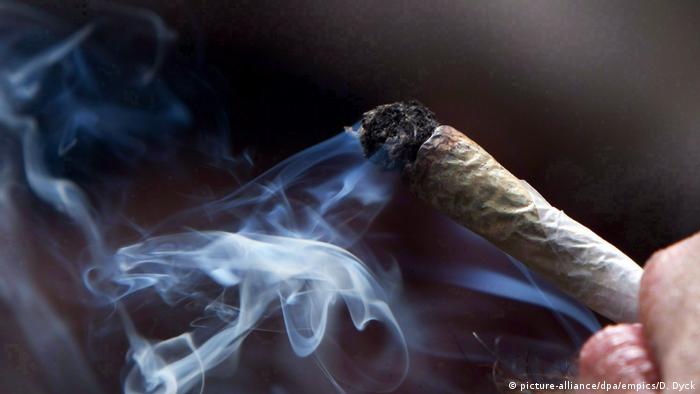 Thailand's parliament unanimously approved the use of medicinal marijuana on Tuesday, becoming the first Southeast Asian country to do so.

The junta-appointed parliament voted 166-0 to amend the Narcotic Act of 1979, which will see marijuana as well as the traditional herb kratom available for research and medical purposes.

"This is a New Year's gift from the National Legislative Assembly to the government and the Thai people," Somchai Sawangkarn, chairman of the drafting committee, said during a televised extra parliamentary session. He added that the amended legislation will allow for more opportunities to help patients suffering from chronic illness.

Thailand had traditionally used marijuana to relieve pain and fatigue before it was criminalized in 1935. The production or transport of marijuana carries a prison sentence of up to 15 years and a fine of up to 1.5 million Baht ($46,000, €40,500).

The drug remains taboo in Southeast Asia, which has some of the world's harshest punishments for drug law violations. Marijuana traffickers can face the death penalty in Singapore, Indonesia and Malaysia.

The main controversy surrounding marijuana in Thailand involved patent requests by foreign firms that could allow them to dominate the market, making for more difficult access for Thai patients and researchers.

Deputy Prime Minister Prajin Juntong told reporters earlier Tuesday that the government will determine how crops will be grown and the quantity allowed once the legislation takes hold in 2019.

Cannabis - the pros and cons

Cannabis - the pros and cons