Demonstrators handed in a "resignation form" for Thai PM Prayuth Chan-ocha to sign, saying they would return in three days if their demands were not met. The move came as Prayuth offered to lift an emergency decree. 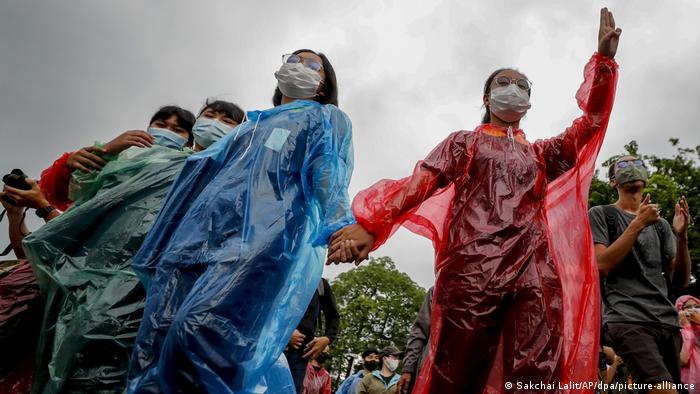 Protesters in Thailand on Wednesday gave the country's prime minister three days to step down after the government said it would consider scrapping an emergency law that banned demonstrations.

Demonstrators have been taking to the streets over the past three months against prime minister Prayuth Chan-ocha, accusing him of rigging last year's election to stay in power.

"I will make the first move to de-escalate this situation. I am currently preparing to lift the state of severe emergency in Bangkok and do so promptly if there are no violent incidents," Prayuth said.

He gave no further details about when the emergency decree would be scrapped.

But activist Patsaravalee "Mind" Tanakitvibulpon said protesters, who also want curbs on the powers of the monarchy, would return if the Thai premier does not quit by Saturday. 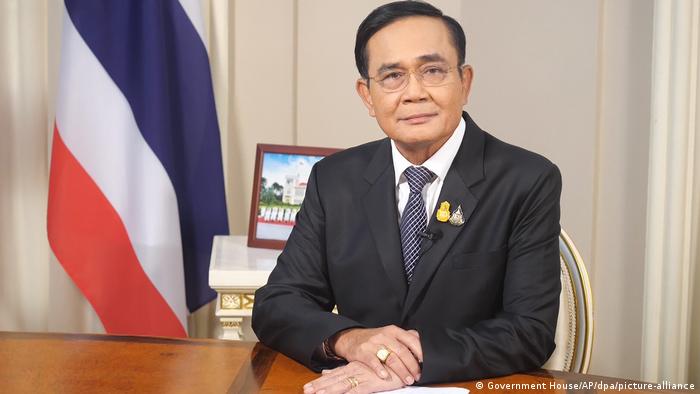 Demonstrators handed Prayuth a mock resignation letter after gathering outside government offices in the Thai capital.

Those on the front line of the march wore hard hats as they braced for a crackdown by security forces.

Shortly after her statement, Patsaravalee, who is considered one of the main protest leaders, was subsequently arrested by police on charges that authorities said related to a protest on October 15.

"I'm not worried. This is the government's game," she said as she was led away.

The government said they should wait until their demands are discussed by parliament which has been recalled for a special session next week.

Most of the protests have been peaceful so far, but riot police used water cannons against them last Friday, fueling the anger of government critics.

The protests have become the biggest challenge to Thailand's establishment in years, despite the country's strict lese majeste laws that hands lengthy jail terms to those who insult the monarchy.

Prayuth was the leader of a military junta who seized power in 2014.

Thailand PM refuses to step down as protesters defy police

Thousands of defiant protesters in Bangkok have been met with water cannon. A prominent dissident has called for reform of the monarchy in comments to DW.