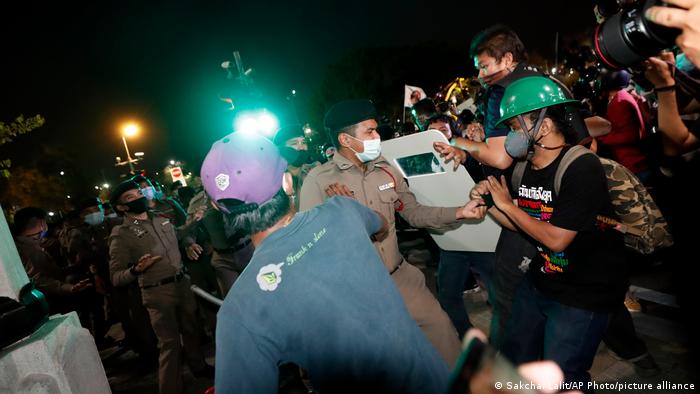 Hundreds of demonstrators took part in the march against laws prohibiting insult to Thailand's king.

The organizers of the rally called for the crowds to disperse as protesters moved from the Democracy Monument.

Those that remained clashed with police, according to reports, including some who threw paint and homemade explosives at officers.

Authorities remanded the four in custody on charges of insulting the monarchy during last year's anti-government protests.

Those suspected of insulting the monarchy are subject to up to 15 years in prison under Thailand's lese-majeste law. 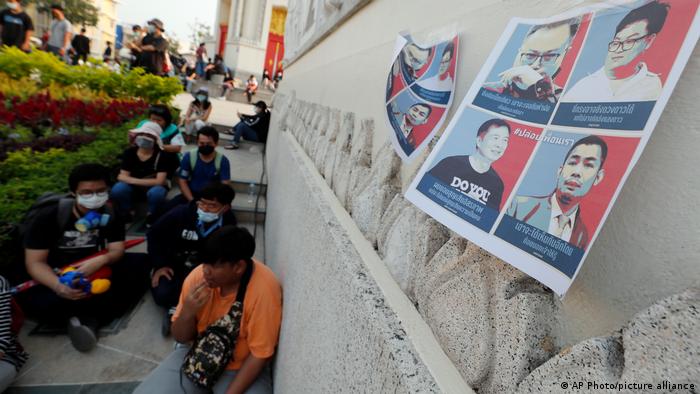 The activists, who previously called for the Thai government's resignation, organized Saturday's rally

Activists believe that the government has used the law for decades to crack down on political opposition.

Since November, Thailand has charged more than 58 people with lese-majeste, according to rights group Thai Lawyers for Human Rights

Thailand is a constitutional monarchy, where the king has a special status as the protector of the Buddhist religion.

Activists argue that the king has acquired too much power since he took the throne in 2016, following his father's death.

The surge of COVID-19 cases in Thailand slowed down the student movement.

The Royal Palace has not commented on the protests, but authorities consider criticism of the king unlawful.

A Thai political activist accused of insulting the monarchy has been jailed for 10 years in the latest tough sentence under the kingdom's controversial lese-majesty law. Rights campaigners denounced the conviction.