Tesla to set up electric car manufacturing unit in India

Tesla CEO Elon Musk has said several times that his company wants to enter the Indian market. Last month, the electric carmaker registered an office in Bengaluru, which is a hub for global technology companies. 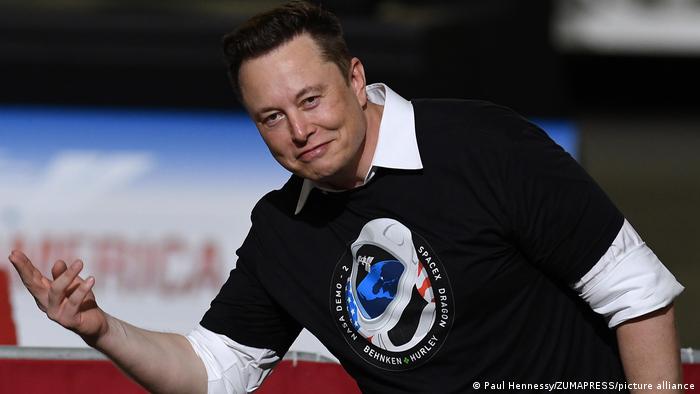 Elon Musk's Tesla will set up an electric-car manufacturing unit in Karnataka, the southern Indian state's government said in a brief statement.

According to the India Today news organization, Karnataka Chief Minister BS Yediyurappa on Saturday officially confirmed the decision. The announcement was part of the list of benefits promised to Karnataka in the Union Budget.

"American firm Tesla will open a electric-car manufacturing unit in Karnataka," the statement by Yediyurappa said.

Last month, the electric carmaker incorporated Tesla Motors India and Energy Private Limited with its registered office in the city of Bengaluru.

Musk, the world's richest man, has tweeted several times about his desire to enter the Indian market. In December 2020, he confirmed that his company Tesla will launch in the country this year.

India has been keen to reduce its oil dependence and cut down on pollution, but its efforts to promote electric vehicles have been hampered by a lack of investment in manufacturing and infrastructure such as charging stations.

US: Tesla accused of false advertising over Autopilot claims 06.08.2022

The complaint could see Tesla lose its license to sell cars in California. Meanwhile, federal authorities are investigating two crashes where Autopilot was suspected to be in use.

A revolution in the history of space travel took off on 20 July 2021. Amazon founder Jeff Bezos flew in his rocket 106 kilometers into outer space.

Billionaire and avid platform user Elon Musk has made an offer to purchase 100% of the shares for the social media giant.