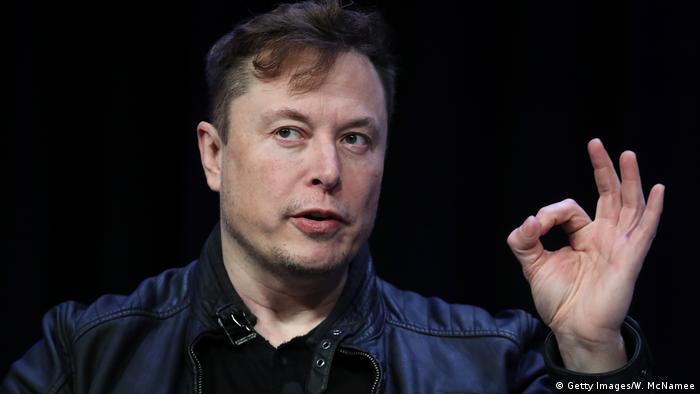 Elon Musk's tweet on Friday wiped off $14 billion (€12.8 billion) of Tesla's market value and some $3 billion from Musk's own stake in Tesla. The company's shares closed at $701.32 at the end of the trading day on May 1.

"Tesla stock price is too high imo [in my opinion]," Musk said on Twitter.

Musk's tweets have in the past landed him in trouble with US regulators, with one case still ongoing.

In August 2018, Musk tweeted that he was taking Tesla private at $420 per share, sending investors into frenzy. He also claimed to have secured funding to move ahead with his plan.

The Securities and Exchange Commission (SEC), the US securities regulator, filed a fraud charge against Musk for disrupting the market with his tweet. The SEC alleged that Musk was aware that the potential transaction was "uncertain."

Musk settled the charge by stepping down as Tesla's chairman and agreeing to pay a penalty.

In other recent tweets, Musk slammed the ongoing lockdown in the US to slow the spread of COVID-19. "Now give people back their freedom," Musk said, expressing his continued dissatisfaction with the restrictions imposed on businesses following the outbreak of the novel coronavirus.

Tesla's plant in Fremont, California, has been closed since the last week of March.

On April 29, during Tesla's first-quarter earnings call, Musk said the US government's stay-at-home order "forcibly imprisoned people in their homes against all their constitutional rights."