Religious, political and economic tensions have led to seemingly never-ending violence in Iraq. Politicians are struggling to find a solution even as the war in Syria has caused further radicalization. 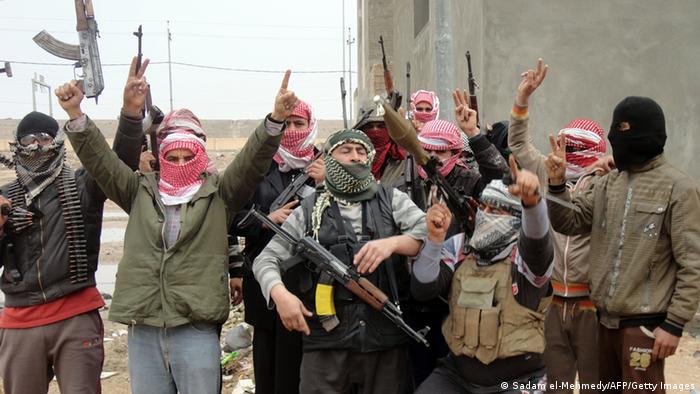 On Wednesday (08.01.2014), Iraqi Prime Minister Nouri al-Maliki called on the Iraqi people to fight against Al Qaeda and other Islamic terrorist groups. One day later, a suicide bomber blew himself up at an Iraqi military recruiting station, killing at least 22 people. At the same time, a car bomb exploded in Bagdad, injuring at least 25 people, according to press reports.

No one has yet claimed responsibility for the attacks, but it seems likely that the perpetrators are from Al Qaeda circles. But assuming that the organization is behind the violence doesn't lead very far, since Al Qaeda's circles of influence are becoming harder and harder to fathom.

Iraq is part of a nearly inscrutable net in which peaceful and violent, moderate and radical Iraqis enter into ever-changing alliances. Some of these last for several years, some for merely months or weeks.

The instability of these relationships stems from a distribution of power that many are dissatisfied with, as Middle East expert Stephan Rosiny from the German Institute of Global and Area Studies (GIGA) explained. 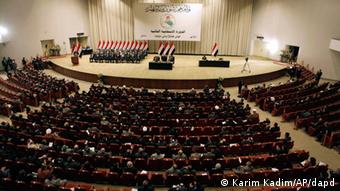 Rivals come face to face in the Iraqi parliament

In an interview with DW, Rosiny said that the three biggest denominational and ethnic groups - the Shiites, Sunnis and Kurds - have agreed on a system of political representation that is mirrored in the current set-up of the Iraqi government. But he added that the Sunnis, who held political power in the country until the overthrow of Saddam Hussein in 2003, are accusing Shiite Prime Minister al-Maliki of representing mainly Shiite interests.

In order to overcome tensions between the groups, Rosiny thinks Iraq needs a system that more strongly takes Shiite political and economic needs into consideration.

But, according to Rosiny, Iraq is still far from having such a system. "Since the conflict has been carried on violently since 2003, distrust has grown more than it has been broken down," he said..

The Iraqi province Al-Anbar exemplifies how the unresolved ethnic tensions between Shiites and Sunnis have become intertwined with other sources of conflict in the region. For months now, the Jihadists in the so-called "Sunni Triangle" in western Iraq have been forming links to radical Islamists in the Syrian conflict.

Last week, these alliances saw fighters from the "Islamic State of Iraq and the Levant" (ISIL), a terrorist group that already controls parts of Syria, move into the cities Fallujah and Ramadi. Their goal is to advance their project of creating an Islamic caliphate stretching from Iraq across Syria and Lebanon to the Palestinian Territories.

The government in Bagdad sent military forces to the province, which were able to drive extremists out this week, in part thanks to the cooperation of Sunni tribal militias. But this recent success has not resolved the increasing tensions between Sunnis and the Iraqi military.

The Middle East magazine Al-Monitor has reported that the distrust between the two groups makes the relationship difficult. According to the news outlet, the Iraqi military, for example, has repeatedly suspected moderate Sunnis of being members of terrorist organizations. There have been arbitrary arrests, and prisoners have been treated harshly by security forces. 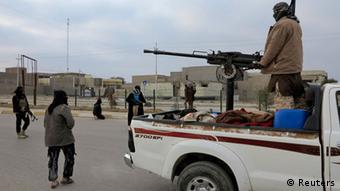 Al-Monitor pointed out that the war in Syria has increased tensions, since the competing regional powers Iran and Saudi Arabia are using it to dramatize the conflict between Shiites and Sunnis. This has contributed to growing religious tensions in Iraq as well, according to Al-Monitor.

The terrorist organization Al Qaeda has been able to exploit these tensions to portray itself as the Sunni protector, Al-Monitor explained, with some members of the population accepting this argument, although most others do not.

But many secular Iraqis also oppose al-Maliki's government. "Were the thousands of gunmen who unprecedentedly appeared on Anbar city streets all members of al-Qaeda," asks Al-Monitor? The magazine concludes that the real problem goes far beyond current tensions: "The crisis goes back to the distrust that has grown between Iraqi cities, people and confessions over the years and decades," the magazine wrote.

The battle for oil

And so the solution, it would seem, can only lie in national policy-making that takes a broad range of interests into consideration. 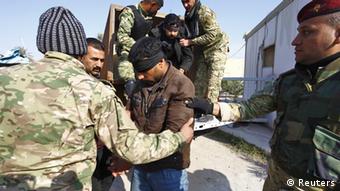 Blurred lines: Iraqi soldiers have at times arrested moderates they thought were terrorists

But, such a process of consolidation could take years, according to Iraq expert Rosiny. "The denominations are also split along territorial lines.

Three of the provinces are inhabited largely by Sunnis, three others mainly by Kurds, and the remaining ones mostly by Shiites. So, in Iraq, denominational competition is linked with territorial competition."

The territorial divides are particularly problematic, says Rosiny, because Iraq's oil is mainly located in Kurdish and Shiite-dominated regions. The three Sunni provinces hardly have any oil reserves at all.

For the Iraqi newspaper Al-Mada, it is all the more important, therefore, to resolve the tensions politically and not with violence: "This is about building a democratic state based on a peaceful coexistence of citizens, free elections, and a peaceful transfer of power. It is about a modern civil society, a state for everyone."

The influence of jihadist groups is rapidly expanding in both Syria and Iraq. Following an extremist agenda and using brutal tactics, the Syrian regime may benefit most from the militants' violent campaign. (08.01.2014)

Al Qaeda-linked rebels have gained control of the Iraqi cities of Fallujah and Ramadi in an uprising against the Shiite-led government. But their position may be weaker than it looks. (06.01.2014)