Terror attacks spotlight growing ′IS′ threat in Southeast Asia | Asia | An in-depth look at news from across the continent | DW | 14.01.2016

The latest terrorist attacks in the Indonesian capital of Jakarta underlines the growing threat posed by "Islamic State" across the region. DW examines. 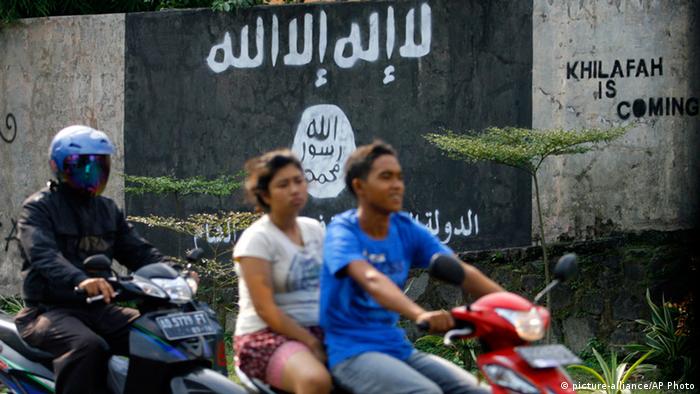 Militants claiming to be affiliated to "Islamic State" (IS) struck at the heart of Jakarta on Thursday, January 14, launching bomb and gun assaults which killed seven people and wounded 17. Five of the militants were killed while two others were taken alive, according to the latest police reports.

This is the first major terror attack in the country since 2009, when bombings of two hotels claimed several lives.

The militant group IS, which claimed responsibility for the latest attacks, has been striving to bolster its presence in Southeast Asia in recent months. To achieve this, the extremists have been luring new recruits across the region with the help of a sophisticated media strategy.

For instance, there was a terrorist fan shop in the Malaysian city of Bandar Baru Bangi until early 2015. For sale were IS flags, T-shirts with Kalashnikov designs imprinted on them, symbols of the IS terror group and al Qaeda, and other merchandise bearing words such as "Mujahideen cyberspace."

"The items were made in Indonesia," the owner of the shop was quoted by the news website The Malaysian Insider as saying. Only after the Malaysian press reported in great detail about the shop, did the authorities decide in January 2015 to close it.

Singaporean Prime Minister Lee Hsien Long also warned about the dangers of terrorism in the region, saying: "Southeast Asia is a key recruitment center for ISIS."

At present, over 500 Indonesians and several dozen Malaysians are believed to be in the ranks of the terrorist group. These numbers were enough for IS to form a combat unit called "Malay Archipelago." The threat posed by IS must be taken seriously, Lee warned. "The threat is no longer over there; it is over here." 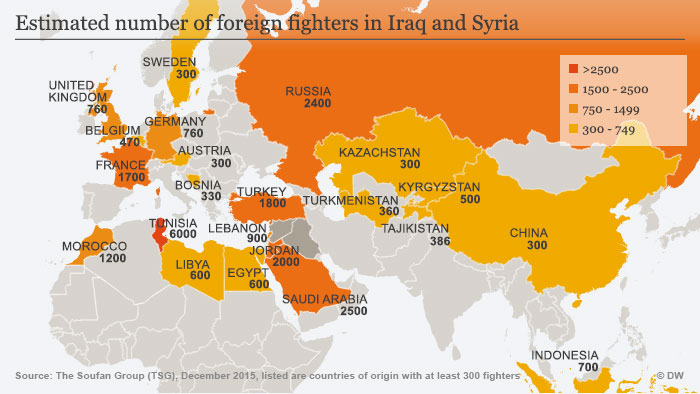 This perception of threat posed by the terror outfit is also shared by Felix Heiduk, Southeast Asia expert at the German Institute for International and Security Affairs (SWP), a Berlin-based think tank. "The IS propaganda machine has been successful in luring a number of militant Islamist groups operating in Indonesia or in the south of the Philippines, and these groups now openly pledge allegiance to IS." 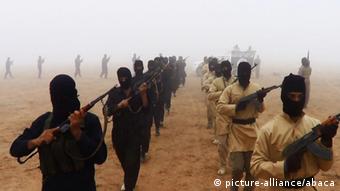 The Indonesian government has recognized this problem and reacted by criminalizing any association with IS. Even big Muslim organizations in the country, at least at the leadership level, have expressed a clear rejection of IS. "The majority of the Indonesian people vehemently reject committing violence or terrorism in the name of Islam," underlined Heiduk.

However, the expert stressed that it had not prevented a small section of the population from becoming radicalized. "It is about managing this problem. It is not possible to banish radical elements from a society completely, as results of various studies on terrorism show," Heiduk argued.

The programs, which include different interpretations of the Koran, mainly target imprisoned Islamists, with law enforcement agencies determined to taken the prisoners' concerns seriously and support their families. They hope that by doing so, those radicalized will renounce violence.

Heiduk, however, is skeptical about the degree of success of such programs. "When you look at who has traveled from Indonesia to Syria and Iraq, you realize that many of them have undergone such deradicalization programs."

The analyst says the problem is that the programs are limited to law enforcement and the judiciary, which explains their very limited impact on the whole of society. "There is no real debate and therefore no consent in countries such as Indonesia and Malaysia as to what Islamic extremism is and when the alarm bells should go off."

During a political event in June 2014, Malaysian PM Najib Razak hailed the courage of "IS" fighters - a statement his spokesperson quickly sought to water down. Dominik Mueller, analyst at the Frankfurt-based Research Center for Global Islam (Forschungszentrum Globaler Islam) says this is a sign that the Malaysian government long underestimated IS.

This, however, has changed: "There is no political support for IS," he told DW. Nevertheless, he added, Malaysia is still having a hard time taking concrete actions against the militant Sunni group, even though the Southeast Asian nation is currently witnessing what some view as deradicalization campaigns. "When a prime minister explicitly rejects pluralism and liberalism as un-Islamic, this raises a question about the meaning of deradicalization."

Another reason for the lack of action is that there is some ideological overlap with IS, which stands in the way of an effective deradicalization, said Mueller, citing the rejection of the Shiites. "Some Malaysians view Shiites as brutes. They are vilified in the media. Mueller, however, emphasized that there is no ideological overlap in terms of the justification for the use of violence.

Both Heiduk and Mueller are of the view that a social discourse is lacking. Ever since the Malaysian government launched Islamization campaigns in the mid-1980s - initially designed to integrate and control radical forces - Islamist ideas have become part of the mainstream.

The experts agree that the fight against radical factions cannot be left only to the security and law enforcement authorities in each individual state. The discussion must be widened to include prisons, mosques, markets and families.

"Islamic State" fighters have reportedly attacked a Taliban convoy in the country's eastern Nangarhar province, killing at least 10 militants. Is it the beginning of a long and violent battle for Afghanistan's control? (09.06.2015)