Ten years on, US revisits containment policy | News and current affairs from Germany and around the world | DW | 20.03.2013

On the 10th anniversary of the US invasion of Iraq it's worth reflecting on whether containment - rather than intervention - is Washington's preferred option in dealing with crises, writes Richard Gowan. 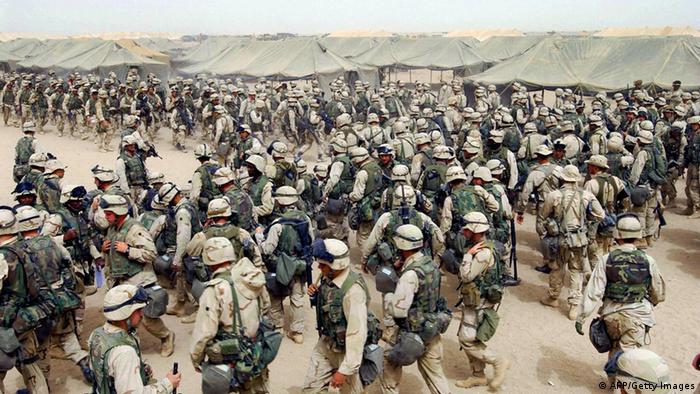 The 10th anniversary of the beginning of the Iraq war has inspired numerous articles about the follies of military interventionism. Yet the war also represented a huge defeat for an alternative strategy for dealing with dangerous states: containment. Throughout the Cold War, the US and its allies had aimed to contain the Soviet Union. Despite frequent internal disagreements over this strategy, it worked.

Containment arguably worked in Iraq too. After the 1991 Gulf War, the US had attempted to keep Saddam Hussein under control through sanctions and occasional limited military strikes. UN inspectors successfully investigated and ended Iraqi programs to build weapons of mass destruction, even if the Bush administration based its case for war on the presumption that Saddam simply had to be cheating.

Yet this successful containment strategy came at a heavy cost. As the American scholar Joy Gordon notes in "Invisible War," an excoriating history of the effort to contain Iraq, studies suggest that "at least 500,000 children under age five who died during the sanctions period would not have died under the Iraqi regime prior to sanctions." The international coalition that had driven Iraqi forces out of Kuwait splintered and the US and UK were increasingly isolated in defending the sanctions regime up to 2003.

Containment back on the agenda...

Iraq appeared to signal that the US was no longer satisfied with containment as a strategy for dealing with enemy regimes. Interventions in Iran and North Korea seemed all too possible. Yet 10 years on, containment is back as one of America's preferred strategic options. The Obama administration has strived against persistent criticism from Israel to contain rather than strike Iran. The US and its European allies have pursued a strategy of "everything but force" in dealing with Syria, putting heavy sanctions on Damascus and repeatedly raising the war at the UN, but effectively ruling out intervention.

These choices reflect the Obama administration's engrained desire to avoid falling into the military traps of its predecessor. Yet containment remains an exceptionally difficult strategy to implement correctly.

In the Syrian case, Western governments are increasingly dissatisfied with the results of their "everything but force" posture so far. Britain and France have come out in favor of arming the Syrian rebels, although other European governments are nervous about this option. The US has ramped up non-lethal assistance to the rebels, but there have been a growing number of recent stories about unease within the White House about the lack of progress toward ousting President Bashar al-Assad.

...but does it really work? 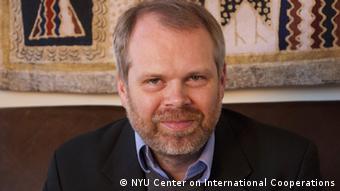 On Iran, the US is trapped between Israel (deeply concerned about the prospect of a nuclear-armed Tehran) and Russia and China (suspicious that Washington will eventually opt for regime change). Although European governments have cooperated with the US to ratchet up sanctions, doing significant harm to the Iranian economy, concerns about their humanitarian effects are growing. This week the Guardian newspaper reported that "Iranian doctors and pharmacists have warned that hospitals across the country are facing difficulties finding the drugs used during life-saving surgery." Western diplomats do not want to repeat the disastrous impact of the Iraq sanctions, but will still face criticism.

In the meantime, US efforts to contain North Korea - which include close cooperation with Beijing on UN sanctions aimed at the regime - could backfire. Under international pressure, Pyongyang has threatened open warfare. This is mainly bluff and bluster, but the situation could escalate dangerously.

So while the Obama administration has leant heavily on containment strategies in many of the hardest cases on its agenda, it is not clear if they are all diplomatically sustainable. On Syria, a faction of Western powers - heartily supported by Arab states such as Saudi Arabia and Qatar - could switch to more aggressive support to the rebels. The fragile consensus with Moscow and Beijing over how to deal with Iran may break down. North Korea may explode. Containment is often a highly risky strategy.

It is also a harder strategy for Washington and its allies to apply than it was in the 1990s, when the US and UK were able to drive sanctions policy toward Iraq over objections from non-Western countries. Since then shifts in global trade and finance means that non-Western powers, especially China, have far greater leverage over sanctions regimes, as the complex negotiations over Iran show. Cuts in the US defense budget may make it harder to keep up the long-term deterrent and policing functions that American forces have played in the Persian Gulf, Korean Peninsula and other potential flashpoints.

But are there serious alternatives? The Bush administration, having experimented with interventionism in Iraq, shifted back to more cautious policies in its later years. In Bush's second term, Secretary of State Condoleeza Rice and Secretary of Defense Robert Gates argued strongly against attacking Iran. While Obama hoped to mix containment with engagement in dealing with Iran, his outreach achieved little.

So one decade after the US signaled its discontent with containment by invading Iraq, it remains a standard default option. The long effort to contain Iraq from 1991 to 2003 was a humanitarian disaster and a diplomatic mess. But the war that followed reinforced the case for containment elsewhere. Another crisis in the Middle East or in Korea could discredit containment in American strategic debates once again. But for now Washington will stick with it, if only because there are often no better ideas.

Richard Gowan is an Associate Director at the NYU Center on International Cooperation and a Senior Policy Fellow at the European Council on Foreign Relations.

Iraqis no longer the 'Prussians of the Orient'

The huge economic potential in Iraq is attractive for business, but ten years after the US invasion, Western companies hesitate to go there. However, the German company, Trapp, is an example of how it can work. (20.03.2013)