War in Syria exposes difficulties of intervention | World| Breaking news and perspectives from around the globe | DW | 17.03.2013

The ongoing civil war in Syria shows the complexity of settling armed conflicts with an international military intervention. The problem lies in the different - and often opposing - interests of the parties involved. 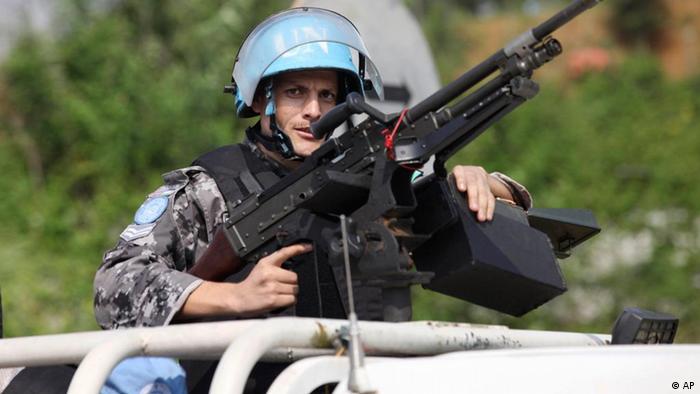 A multitude of smaller conflicts have replaced the large-scale one of the past. In 2012, the Heidelberg Institute for International Conflict Research counted 396 conflicts around the world, 11 more than the year before. According to the institute, 18 wars and 25 "limited wars" are currently taking place, in addition to 43 highly violent conflicts.

All this means lots of work for peacemaking organizations, especially the United Nations, which currently has about 114,000 people engaged in 14 peace missions. The annual budget for these missions totals $7.23 billion. The biggest financial contributors are the United States, Japan, Great Britain and Germany. 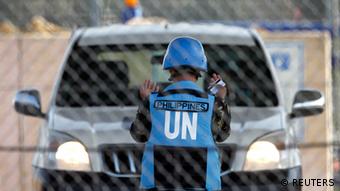 UN peacekeepers serve in 14 missions around the world

Germany is currently redefining its role in international conflict management, following the realization that its own intervention capacity, as well as that of its NATO, EU and UN partners, is limited.

"We shouldn't overestimate our abilities," said German Defense Minister Thomas de Maiziere in his speech at this year's Munich Security Conference, adding that Germany and its partners could only make a limited contribution to solving disputes. "We shouldn't believe that we can control all developments around the world. There will never be global architecture under our leadership."

Just how limited the scope for mitigating conflicts is can be seen in the interventions in Syria. Germany and other European Union countries have sided with the opponents of Bashar al-Assad's regime, however, they cannot agree on how exactly they should help. France and Great Britain are in favor of supplying the rebels with weapons and are prepared to do so without the support of other EU members. However, many other countries, including Germany, fear the political consequences of such intervention. 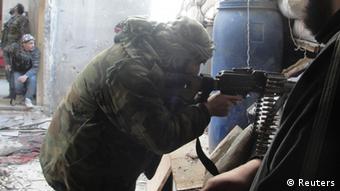 The countries do not currently see themselves in the position to assess the rebels' ideological aims. Little information is available about the role and influence of radical Islamists within the opposition and, based on events in Libya, there are fears that the weapons could fall into the hands of extremists and be used against Western interests.

A conflict of interests

The biggest fear is the possibility that arming rebels would fuel the conflict further and causing it to spill over Syria's borders. Some the world's biggest powers are divided in their stance on the matter: while Saudi Arabia, Qatar, Turkey, the United States and European Union support the opposition fighters, Russia, China, Iran and Iraq have taken Assad's side. Active support from any country could trigger a proxy war. All parties want to avoid such an outcome at all costs, but at the same time want to maintain their influence in Syria.

The Syrian conflict exemplifies the general difficulties of international interventions: too many stakeholders with different or even mutually exclusive interests. Not even a meeting at the highest level - the UN Security Council conference - was enough to reconcile their differences. 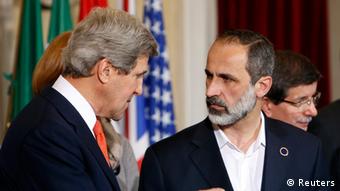 Peace talks are a difficult business

This obstacle is evident in international interventions where many parties are involved. According to political scientist Christian Mölling from the German Institute for International and Security Affairs, the different stakeholders receive instructions from their leaders - whether the UN, NATO or national capitals - with specific goals. Bringing all these goals into harmony is extremely important, but, due to varying interests, it is a huge challenge. In turn, "many compromises need to be made."

Conflicts of interest are plain to see in Syria. The battle is not only between the rebels and the government, but it is also a fight to secure a dominant position in the region. Some 70,000 lives have already been lost in the war, which has been going on for over a year, but the bloodshed has not resulted in a greater willingness to compromise. It all goes to show that the effectiveness of international intervention is limited at best.

A proposal from France and Great Britain to supply weapons to Syrian rebels has split the European Union. If Paris and London go it alone, it could ruin the bloc's chances of creating a unified foreign policy. (16.03.2013)

The EU wants to help the Syrian opposition, but can't agree on what measures it should enact. While Britain and France want to send military trainers, Germany continues to call for a diplomatic solution to the crisis. (06.03.2013)

More aid, but no arms for Syrian opposition

Despite the West's pledge to do more to support Assad's opponents, they are disappointed. Without arms, they are helpless against the forces of the regime in Damascus, the opposition says. (02.03.2013)