Ten years on, still seeking answers to Oury Jalloh′s death | Germany| News and in-depth reporting from Berlin and beyond | DW | 27.10.2015

In 2005, an asylum seeker from Sierra Leone burnt to death in a police cell. Prosecutors maintain he set fire to the mattress he was lying on. But activists continue to believe in a cover-up, as Naomi Conrad writes. 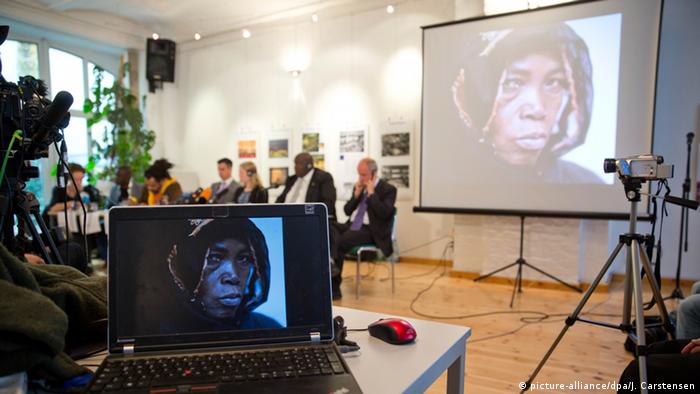 At a packed news conference in central Berlin on Tuesday, Thomas Ndindah asked the audience to rise for a minute's silence. The journalists and activists, many of the latter sporting t-shirts depicting a man's profile and the words "Es war Mord" ("It was murder"), complied, their hushed silence punctuated by the rustling of papers and humming of microphones.

They were remembering the death of asylum seeker Oury Jalloh, a Sierra Leonean national who burnt to death in a police cell in the eastern German city of Dessau in January 2005.

Police had taken the 37-year old into custody early in the morning after he allegedly harassed two women while still under the influence of drugs and alcohol.

What happened next is still open to debate. Police and prosecutors say Jalloh died after setting fire to his mattress. Germany's highest court, the Constitutional Court in Karlsruhe, last year upheld a 2012 verdict which found policeman Andreas S. guilty of involuntary manslaughter and dismissed the possibility that anyone other than Jalloh had started the fire. S., the court said, failed to keep a close watch over Jalloh and was fined 10.800 euros. 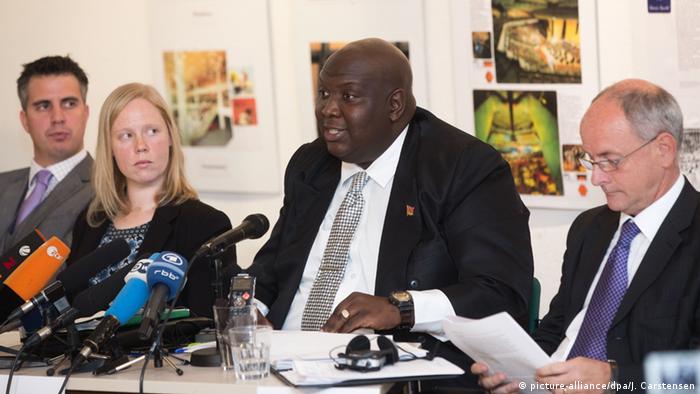 Experts: third party could have caused the fire

But activists like Thomas Ndindah, who is part of the "Initiative In Remembrance of Oury Jalloh" and other refugee organizations, believe this is a cover-up and that the investigation was botched and marred by flaws right from the start. They point to the remains of a lighter which only later emerged during the court proceedings. All evidence, Ndindah told journalists in Berlin, "indicates that policemen committed this crime."

Campaigners contend that Jalloh, whose hands and feet were bound, would have been unable to set fire to the mattress he was lying on. In November 2013, they presented the findings of Maksim Smirnou, a fire and explosion expert based in Ireland, which they say refuted the version of the events. According to his report, a combustive agent was probably used to start the fire, which within minutes reduced Mr Jalloh to a charred, contorted form barely recognizable as a human being.

Activists, who declined to tell DW how much they have spent on the investigations so far, then charged an international team of forensic experts from Principal Forensic Services, a private company based in the UK, to further investigate the events. The experts say they examined court reports and photographic and video evidence, but did not conduct any tests either on the body or the crime scene themselves. Their research was further complicated, they say, by the fact that important documents, such as photographic evidence depicting the mattress after the body had been removed, were missing.

One of them, forensic expert Iain Peck, told journalists that it did indeed seem likely that a third party started the fire. He pointed to the fact that the mattress was made of a material that was hard to ignite. Mr Jalloh would have had to rip open the mattress to set light to the foam inside, but, given his shackles, that would have been a difficult task.

Particularly given Jalloh's state of intoxication. Given the high levels of alcohol and cocaine found in Jalloh's remains, toxologist Michael Scott-Ham told the audience, he "would have been very drowsy and very intoxicated."

Instead, the experts believe it may be "entirely possible", according to Iain Peck, "that ignitable liquids could have been used." The fact that investigators had failed to find evidence of flammable liquids on the crime scene did not prove that they had not been used, he said. Any residues could have been consumed by the fire itself, he told journalists, or drained away with the water used by the fire services to extinguish the flames in the cells. 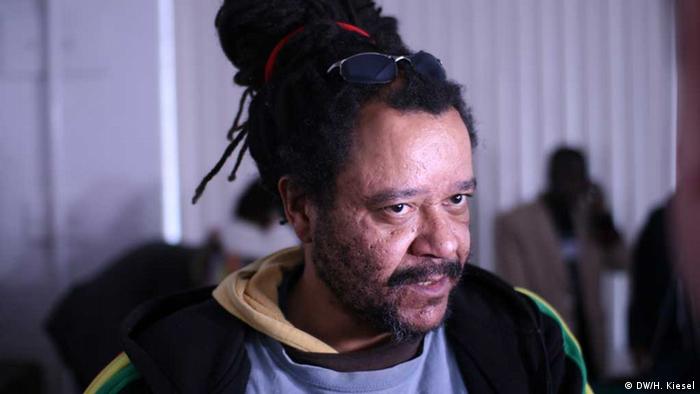 But, he added, further tests would be necessary to test that hypothesis.

Campaigners hope that the results will lead prosecutors to re-examine the case. That though, is far from given: Dessau prosecutor Olaf Braun, who took over the case after his predecessor's retirement two weeks ago, chose his words carefully after the news conference: The results, he said, were indeed different to the Court's findings. "But if you try to reconstruct a fire, there are 25 different ways of doing that, and each time you may reach a different result."

He pointed to an ongoing judicial enquiry, which would also take into consideration the campaigners' findings. But, Braun told DW, he was unable to say how long the process might take and whether it might lead to the case being reopened.

In any case, campaigners like Ndindah say they no longer trust the prosecution or its investigation. "This was not an isolated case," he said ominously, but rather "an entire system" of abuse of asylum seekers.