Italy's financial police have detained several businessmen over a scheme to win public contracts and pocket the funds. The detentions mark the latest blow to the troubled administration of Rome mayor Virginia Raggi. 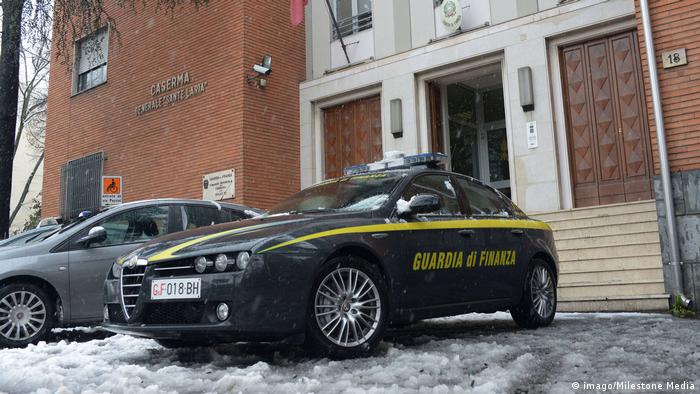 The Guardia di Finanza, Italy's financial crimes police, said 10 more individuals had been placed under house arrest on Monday as part of a larger probe of corruption in Rome's municipal government.

The charges revolve around plans to renovate several public schools in the city. The 10 businessmen, who are being held for questioning and have not been officially arrested, are suspected of involvement in a scheme to pocket the money for the renovations without actually updating the buildings.

According to Italian daily "Il Fatto Quotidiano," there are some 27 suspects in the probe. The newspaper wrote that one of the contracts that was never executed was worth over 400,000 euros ($417,800). The suspects are also accused of having evaded taxes on the payments.

The Guardia di Finanza has already seized over 1 million euros in real estate and financial assets ($1.05 million) belonging to companies involved in the inquiry.

Another hurdle for Virginia Raggi

Opponents of Rome's mayor, Virginia Raggi, have used the scandal to call on the city's first female leader to resign. Raggi scored a major political victory for the left-wing populist party the Five Star Movement when she was elected in June. However, since then, her administration has been plagued by charges of inefficiency and corruption.

Just days before the new arrests, the city's head of sanitation, Paola Muraro, had to step down over allegations she broke waste management laws. Raffaele Marra, who had been in charge of personnel at Rome's city hall, also had to resign over corruption claims.

"Il Fatto Quotidiano wrote," however, that the crimes alleged by the Guardia di Finanza occurred before Raggi was elected, between 2013 and 2015.

Italy's Olympic Committee withdrew from the race to host the Olympic Games 2024 in Rome, after the city's mayor refused to back the bid. The refusal made the officials look like "fools", Committee chief Malago said. (12.10.2016)