Deutsche Telekom broke more than privacy laws in the criminal spy affair, said legal expert Thomas Hoeren. But without tighter corporate sanctions, it won't have to pay with much more than a hurt reputation. 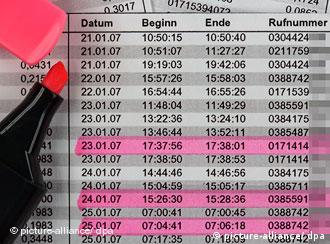 Telecommunications giant Deutsche Telekom has confirmed allegations that former high-level executives secretly analyzed the phone bills of their fellow managers to identify leaks to the press. The scandal is the latest in a series of surveillance cases in Germany, where international companies have been caught monitoring their employees.

DW-RADIO spoke with Thomas Hoeren, a professor in business, telecommunications and media law at the University of Muenster, who said that, in the case of Deutsche Telekom, much more than an infringement of privacy laws is at stake.

DW-RADIO: There have been a number of cases of companies monitoring their employees in Germany recently. For example, discount supermarket Lidl was recently called on the carpet for doing the same. What's unique about the Deutsche Telekom case? 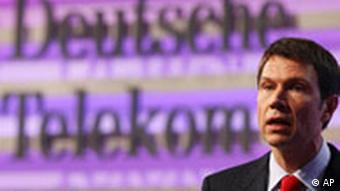 Thomas Hoeren: The special situation in Germany is that we have more and more cases where companies are watching their employees. In general, this isn't a problem. Monitoring employees is allowed by law.

But in this specific case at Deutsche Telekom, they collected all the telephone data from their CEOs and the people supervising the company. This is not a simple violation of data protection or privacy regulations. It is a violation of telecommunications secrecy, which is protected under criminal law. Criminal prosecutors are now investigating the case.

Deutsche Telekom's CEO Rene Obermann made a point of saying that the telephones were not tapped and that the privacy of private customers was not violated. As legal council is looking at this case, will that make a difference?

If a company allows its employees to use the telephones in their offices for private use, they are no longer regarded as employees but as private persons. There is a kind of privacy, even if you are employed in a company.

In this case, Deutsche Telekom allows their employees to use their telephones for private calls and so they are not allowed to monitor what they are doing with the telephone connections.

The reason that Deutsche Telekom did this is that they were afraid that secrets were being leaked to the press, so it did have something to do with the work situation. Now journalists are saying that the freedom of the press has been violated as well. Do you agree?

Yes, perfectly. There is no way that a company can justify violating telecommunications secrecy. If they have a problem with the press, they can ask a state attorney for help and there are media laws which might help them.

But here we do have a violation of press freedom because the press has the right to have contact to people, which is protected under the constitution. So it's a double problem: on the one hand, the violation of telecommunications secrecy and, on the other hand, an implicit attack on freedom of press. 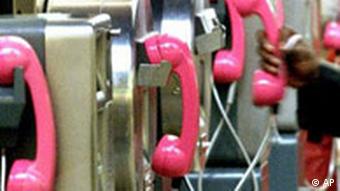 As you said, this has implications for constitutional law as well. Some politicians and consumer protection groups have advocated tightening privacy laws. Are they really in need of reform in Germany or did the former Telekom management just act way out of line?

The interesting problem in this case is that state attorneys are now investigating what happened at Deutsche Telekom, but this can only lead to a punishment for individuals acting as representatives of Deutsche Telekom. The company as such is out of bounds.

What people now want are increased sanctions against the company, not just against the individuals behind the company. In the current situation, Deutsche Telekom can only get a fine of perhaps 25,000 euros ($39,000), which is nothing for them.

So we need an increase of sanctions against companies.

How do you think Deutsche Telekom will survive this latest blow?

Deutsche Telekom head Rene Obermann said the firm would take tough action if it was confirmed that employees breached privacy laws by monitoring phone calls between the top company officials and journalists. (26.05.2008)