At least one American was killed and nine others injured in the attack, according to police. The US vice president has reaffirmed Washington's commitment to Israel amid a wave of violence in the Middle Eastern nation. 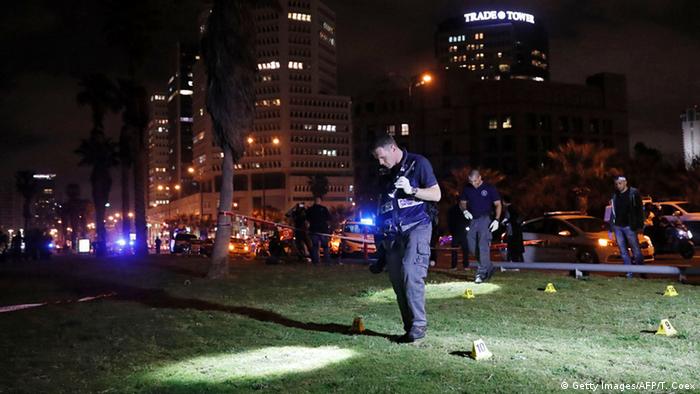 Almost half of Israeli Jews believe the country's nearly two million Arab citizens should be expelled from Israel, according to a survey. Eighty percent of Arabs also said they were discriminated against.

Israeli police identified the victim who died from the knife wounds as an American.

According to Israeli medical service Magen David Adom, four of the wounded were also severely injured.

The attack comes as US Vice President Joe Biden met with former Israeli President Shimon Peres in Jaffa, a few kilometers away from where the attack took place.

Biden said that the US was committed to Israel's security while Peres said the country needed to continue advancing the prospect of a two-state solution to the conflict.

"We have absolute, total, unvarnished commitment to the security of Israel. I hope we can make some progress," the vice president said at the Peres Center for Peace.

Earlier Tuesday, police shot and killed a man who opened fire on security personnel in East Jerusalem, the site of a highly-charged feud regarding rights to the al-Aqsa compound.

Since October, 183 Palestinians and 28 Israelis have been killed in a wave of violence that has included stabbings, car-ramming attacks and anti-occupation protest violence.