Actor Chiwetel Ejiofor has made his directorial debut with "The Boy Who Harnessed the Wind." The Netflix production tells the story of William Kamkwamba, who saved his village from famine by inventing a wind turbine. 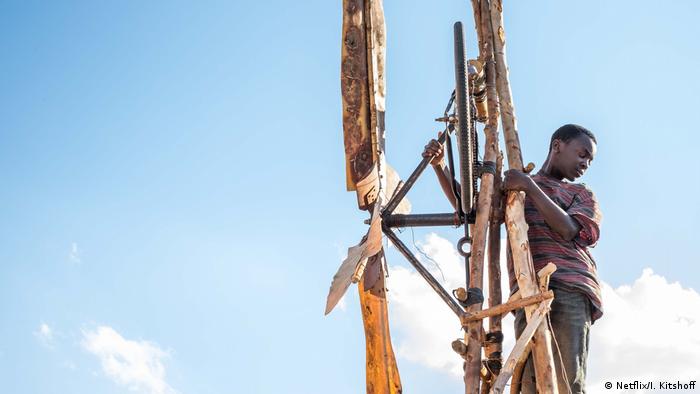 In 2010 Oscar-nominated actor Chiwetel Ejiofor read a bestselling book that had just recently been published: The Boy Who Harnessed the Wind, the true story of William Kamkwamba, who as a teenager invented a wind-powered turbine that saved his Malawian village from famine. Ejiofor was so moved by the tale that he decided to adapt it into a film.

"I was just deeply inspired by the story and by its layers," the Oscar-nominated actor told DW during the Berlinale film festival, where his film of the same name was screened outside of competition.

Ejiofor, well-known for 12 Years a Slave (2013), also appreciated how the story was set in a larger framework. Kamkwamba and his co-author Bryan Mealer had dealt with the wider ramifications of the famine. Beyond the young boy's tale, the account addressed the food shortage's environmental, geopolitical and economic significance. "This had such a wider resonance to me," Ejiofor said. 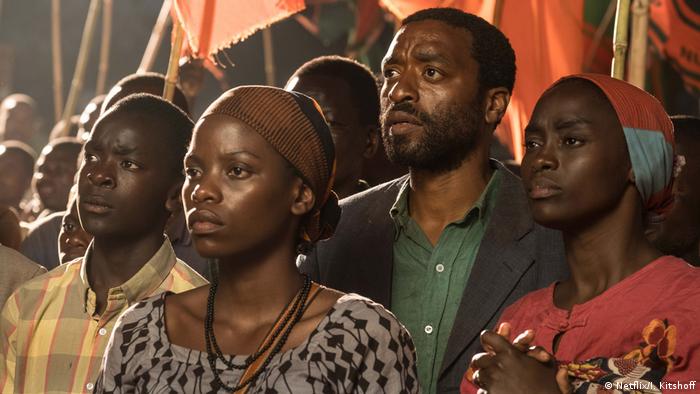 Malawi is a landlocked Southeast African nation with a population of around 18 million. In 2001 the country's maize harvest fell by up to a third because of flooding, which is also linked to a high rate of deforestation. Reports warning of a disaster surfaced by that fall. Then in 2002, Malawi experienced one of the worst famines in recent history.

The government was initially skeptical, arguing that according to official statistics there was no food shortage problem. It only announced publicly that there was an emergency when mortality was already peaking, in February 2002. The famine caused the deaths of up to 3,000 people, according to non-governmental organization ActionAid.

The causes of the food shortage were complex. Reports demonstrated the role of the International Monetary Fund (IMF) and the World Bank, two of the world's biggest lending institutions, which had been involved the privatization of Malawi's food production and distribution system.

The Boy Who Harnessed the Wind also critically portrays the despotic approach of the country's first freely elected president, Bakili Muluzi, who had sold Malawi's reserves of maize to neighboring countries briefly before a drought — as advised by the IMF.

A modern story of community

Ejiofor went several times to Malawi to prepare his film.  There were initial conversations of whether the project should be shot in South Africa or Kenya, which might have been easier in terms of logistics and infrastructure. But Ejiofor said it quickly became clear that this wouldn't have made sense. "There's such a unique quality to Malawi," he said. "It's so distinctive and the culture is so rich that I wanted to capture a lot of that."

Ejiofor shot the film directly in the village where the events happened, adding to the work's feeling of authenticity. "The only place I couldn't shoot was actually in William's house, because he's done so much of innovation over the years that it doesn't look anything like it did [back in 2001-2002]," said Ejiofor.

The Boy Who Harnessed the Wind, a Netflix production, marks Ejiofor's debut as a director. While he wanted to focus on that aspect, it quickly became clear that he should play the role of William's father, Trywell. That allowed Ejiofor, a British actor of Nigerian descent, to closely interact with his young Kenyan colleague Maxwell Simba, who portrays the central character in the film — and radiates on screen in his debut film role.

"He hadn't done any filmmaking before in fact, but somehow he came across like he had done it for years," Ejiofor said. 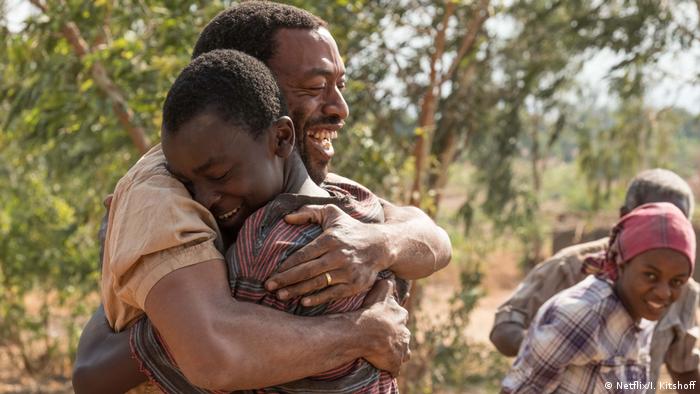 The Senegalese-born French actress Aissa Maiga, whose performance in Abderrahmane Sissako's Bamako (2006) led to a nomination at France's national Cesar film awards, also shines in the role of the strong family mother. She was thrilled to be involved in the project.

"As an actress of African descent I can see how absent the African stories are in Western countries," she said. "And these types of positive stories can make a change in terms of the perception we have of other people, especially from Africa."

Directed in a compelling, crowd-pleasing style, the film nevertheless dares to challenge TV viewers who aren't used to subtitles, as it has its characters speak a mixture of the local language, Chichewa, and English.

An impressive act of engineering

The real life William Kamkwamba was thrown out of school because his family could not afford to pay the fees. He would nevertheless sneak back into the school library to study the schoolbook Using Energy. That inspired him to start experimenting with wind turbines, using recycled pieces he'd find at the junkyard.

Following in Kamkwamba's footsteps proved a challenge for the film's production team. "When we recreated William's windmill it took 20 grown men and a bunch of very experienced prop people," explained producer Andrea Calderwood. "And lots and lots of meetings and logistics to figure out how to build it — and this is something he conceived himself at the age of 13 using a couple of textbooks."

Kamkwamba's rare feat of ingenuity demonstrates how one can take action to change things on a local level, even with the most limited resources. He accompanied the film team to Berlin. Now aged 31, the innovator, engineer and author admitted he had "mixed feelings" about seeing his life story on the screen. Even though the outcome of the crisis was rewarding, it was also a "very difficult and challenging" period of his past, he said.

It was this young boy's determination that moved Ejiofor, but the director also felt strongly about the story's global relevance today. Citing market deregulations, the escalating price of grain, people being left out of the system, Ejiofor feels that "many of the issues faced by these vulnerable communities are actually part of the larger conversations we are having."

The film The Boy Who Harnessed the Wind will be released on Netflix on March 1.

There are no African films competing at the Berlinale this year, but African filmmaking is going strong. A panel discussion co-hosted by DW Academy and the German Development Ministry discussed its promising future. (14.02.2019)

How climate change is threatening Malawi