There are no African films competing at the Berlinale this year, but African filmmaking is going strong. A panel discussion co-hosted by DW Academy and the German Development Ministry discussed its promising future. 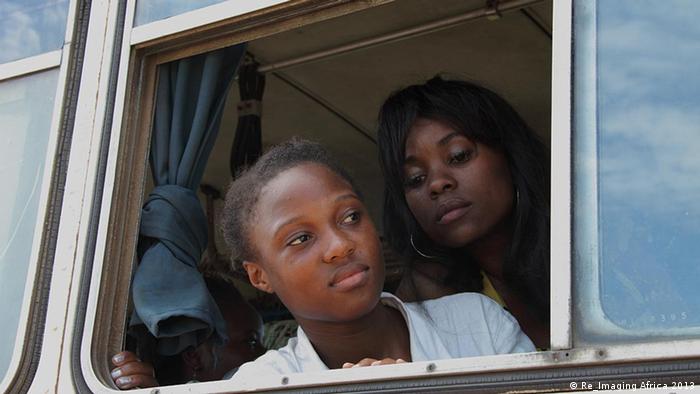 "Africa is THE creative continent," German Development Minister Gerd Müller told a Berlin audience at the "African Film on the rise" event hosted by the ministry in cooperation with the DW Academy. "African film is booming," he said, adding that series, online TV and mobile films are a veritable job motor for African filmmakers.

Films for your neighbors

Nowhere are "the growth opportunities for the film and creative industries as great as in Africa," Müller said and demanded that Africa be enabled to produce its own stories, films and content. There should be, he added, a "cultural revolution from the ground up."

The minister added that young filmmakers should receive training support, giving the example of Volker Schlöndorff 's Rwanda Media Project. In cooperation with DW Academy, the renowned Oscar-winning German director has set up a film school in the East African country.

Schlöndorff, who was present at the event, said he can only really teach the students the technical side of the craft, adding he felt it is important that they do not copy the dramaturgy of American film. "Make films for your neighbors, tell your stories in your language, with your means, with your narrative style," he told the young filmmakers. 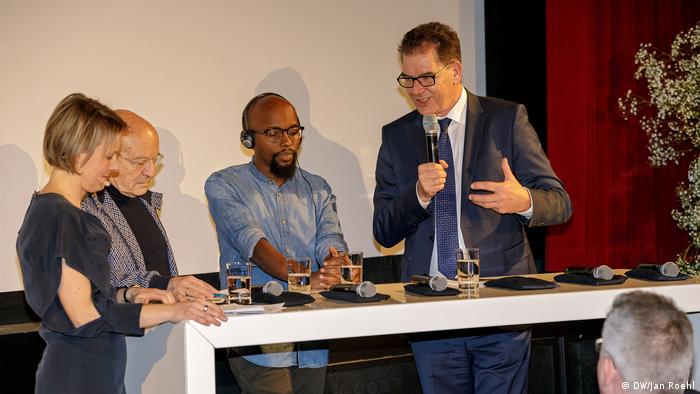 DW Director General Peter Limbourg also urged support for Africa's diverse culture. It is "great when films are shown in regional languages," Limbourg said at the event. "A good film is a good film, no matter where it comes from," he said, adding that movies can inspire people to think, and they can create awareness of injustices, too.

Injustices are an issue in the pilot of the Kenyan soap opera Country Queen, produced by the Good Karma Fiction production company from Germany that snapped up the idea two years ago in the framework of a more than €6 million ($6.78 million) initiative launched by the German Development Ministry — a program that has produced ten feature films to date and trained more than 1,000 filmmakers from 20 African countries, almost half of them women. 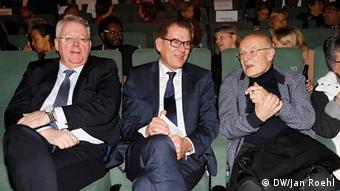 For Country Queen, Good Karma Fiction's artistic director, Ravi Karmalker, and his team interviewed about 40 Kenyan filmmakers to find out what Kenyans felt were relevant topics. Accordingly, the movie is about the rural exodus and a shady company that threatens a village. The protagonist was to be a strong woman who involuntarily becomes the hero, a David vs. Goliath tale.

Documentary filmmakers can turn to the South Africa-based STEPS organization for support. The non-profit's "Generation Africa" project aims to present the issue of migration from an African perspective. In three workshops in Accra (Ghana), Nairobi (Kenya) and Ouagadougou (Burkina Faso), participants developed stories that so far have not appeared in the media. The projects that might actually be realized are selected from among these many ideas, though realization still depends on finding sponsors.

Diversity and creativity characterize the African film industry — despite the lack of funding opportunities. The Africa Hub at the Berlin International Film Festival offers African filmmakers a platform for their art. (26.02.2018)

From Berlin to Marrakesh: Christoph Terhechte's vision for Moroccan cinema