Amazon, Apple, Facebook, Google and Twitter released their earnings for the latest quarter on Thursday. Apple's performance was the most disappointing in the group as earnings dipped on weakness in iPhone sales. 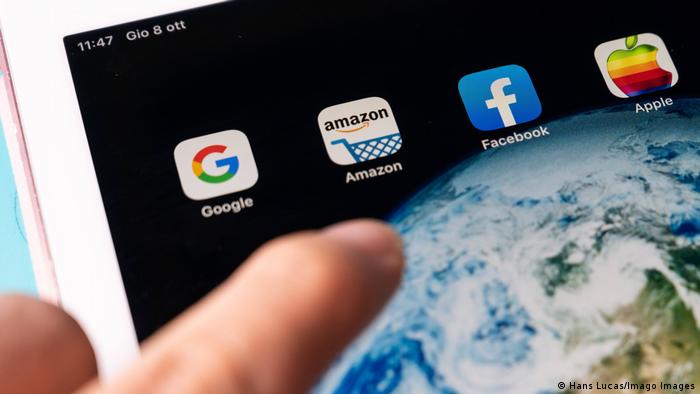 Five big technology giants on Thursday posted mixed earnings in the latest quarter as they grapple with a pandemic-induced economic slowdown and a greater political scrutiny.

Amazon, Apple, Google-parent Alphabet, Facebook and Twitter reported earnings that exceeded analyst expectations but a dim outlook led to drops in share prices for all except Alphabet in after-market trading.

The earnings come a day after the CEOs of Facebook, Google and Twitter were grilled by the United States' Senate Commerce Committee over accusations of anti-conservative bias.The top executives rejected the accusations in their testimonies.

Revenues jumped 37% from last year as Amazon reported $96.1 billion in net sales, boosted by a continued surge in online shopping due to the COVID-19 pandemic.

Apple had the most disappointment results in the group with a modest dip in earnings. Apple's profit dropped 7% to  $12.7 billion.

Apple shares also nosedived by 5.9% as it announced weaker iPhone sales — the major income driver for the tech giant — in the earnings release.

While the revenue rose to $64.7 billion in the fiscal fourth quarter, revenue from iPhone sales slid around 20% from a year ago, making investors anxious.

After suffering its first-ever quarterly decline in revenue in the previous quarter, Google-parent Alphabet's profits rose 59% to $11.2 billion.

Facebook's profits were up 29% from last year at $7.8 billion and revenue rose to $21.2 billion  but looking ahead to 2021 the company predicted a "significant amount of uncertainty.''

The company also predicted uncertainty going forward, partly due to the upcoming US election, and said it is "hard to predict how advertiser behavior could change.''

Coronavirus digest: US lifts travel bans on EU, UK and Brazil 2h ago

Nord Stream 2: US hits Russia ship with sanctions 4h ago