Taybeh beer: A 'taste of Palestine' that's kosher and halal

For a quarter century, the Taybeh Brewing Company has pioneered Palestinian beer. To improve its marketability in Israel and Palestine, the beer is kosher and, in its nonalcoholic form, halal. 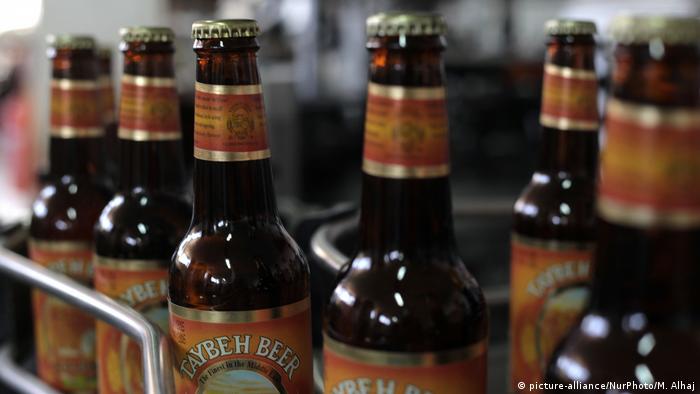 Business is brisk at the Taybeh Brewing Company, which Nadim Khoury and his family founded in 1994 in the occupied West Bank. On the Taybeh website, the family notes that their brewery tapped its first beers shortly after the signing of 1993's Oslos I Accord, which was designed to pave the way for a Palestinian state.

A sovereign state with its own brewery — the idea seems to have appealed to longtime Palestinian leader Yasser Arafat. The president of the Palestinian Authority, who died in 2004, backed the plan for the brewery, Khoury likes to tell visitors. The family also runs a hotel and produces wine and olive oil.

Twenty-five years later and Palestinians still don't have a state of their own, but the Taybeh Brewing Company is going strong. The name not only references the 1,500-person Ramallah district town of Taybeh, where the brewery is located, but includes a play on the Arabic word for "tasty." It produces six kinds of beer for the domestic and foreign markets: golden, light, dark, amber, white and alcohol-free.

All six varieties are brewed according to the German purity law, Khoury said. Sixty percent of the beer is sold in the West Bank, 30 percent goes to Israel, and the remaining ten percent is exported to Spain, Britain, Chile, Japan, Germany and the United States, where Khoury learned the business.

Israel has always been an important market for Taybeh's beer. From the start, a rabbi's official kosher certification has paved the beer's way into the Jewish market.

The neighboring country, however, is not simply a market for Taybeh: It is an occupying force for Palestinians.

Khoury sees Taybeh's beer as a small contribution to coexistence. It brings together Israelis and Palestinians — Christians, Jews and Muslims, alike. The alcohol-free variety is halal, which permits Muslims, more than 90 percent of the brewery's neighbors, to drink it.

"The people take every opportunity to find distraction," the 59-year-old Khoury said. "With or without alcohol, a bottle of beer lets people relax and forget about politics for a while." 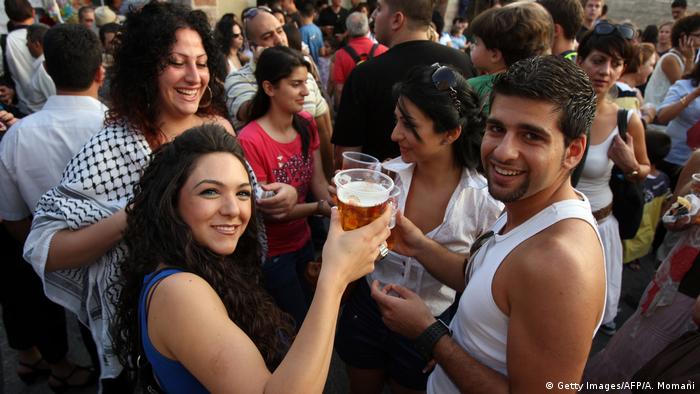 A good time to sample Taybeh's "taste of Palestine" is during the annual Oktoberfest celebration, a microversion of Bavaria's bacchanal. Visitors flock to the festival from across the West Bank and Israel, and also from Europe and the United States, Khoury said. Beer unites people, Khoury said, and he thinks it "can contribute to peace, too."

And yet Taybeh's beer is not universally loved. Hamas has banned the brewery's products from Gaza — including the alcohol-free variety. Exports to Israel have peaks and valleys, too. Before the Second Intifada uprising from 2000 to 2005, sales were over double what they are today.

Today, an end to the occupation seems far off. And Taybeh needs access to water from a nearby spring that has fallen under the control of Israel. Hops, malt and yeast are imported from Europe.

The Israeli authorities can shut off that water supply at any time, Khoury said; they have done so more than once in the past. "We can't work without water," he said. The wall that Israel has built and its checkpoints in the West Bank are barriers to his business. "To this day, we can only export our beer abroad via Israel," he said, adding that official product checks often take days. Despite all the hurdles, Khoury said proudly, Taybeh has an annual output of 600,000 liters of beer per year — in American terms, that's nearly 1.3 million pints.