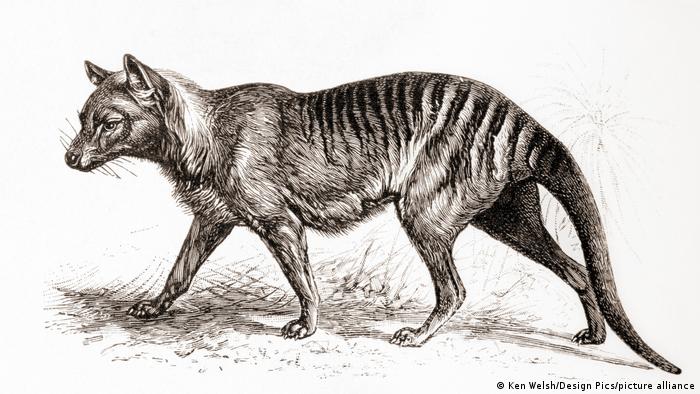 Tasmanian tigers have been extinct since the 1930s.

You might have heard of the project to bring the woolly mammoth back from extinction. In 2021, the Texas-based biotechnology companyColossal announced their plans to use genetic engineering to recreate the animal and return it to the Arctic tundra, its original natural habitat.

Mammoths aren't the only de-extinction target of Colossal — they recently teamed up with scientists in Australia for the plan to bring back the Tasmanian tiger, also known as the thylacine. The marsupial went extinct in the 1930s and was native to the island of Tasmania, where it had lived for around 2 million years.

The Tasmanian tiger projectis funded by a $5 million (€4.9 million) gift from philanthropists, who had been impressed by the scientists' success in sequencing the genome of a museum specimen. The scientists will work with stem cells taken from the closest related living species, the fat-tailed dunnart, which they plan to convert to those of a Tasmanian tiger by using gene-editing technologies. If the conversion works, the stem cells can then be made into an embryo, which can either be grown in a lab or transferred to a surrogate dunnart mother. 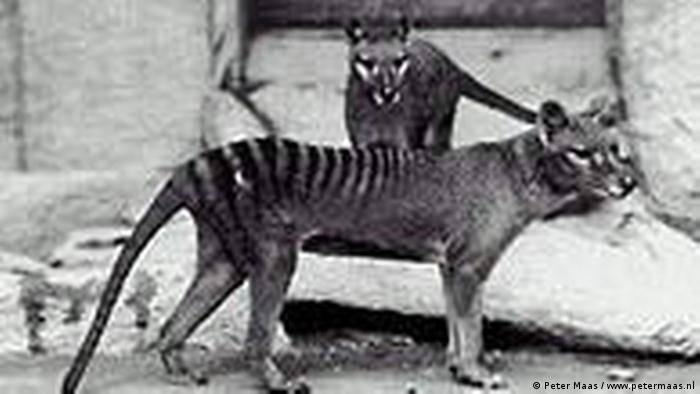 Scientists hope that establishing populations of animals like the Tasmanian tiger and woolly mammoth can help rebuild biodiversity.

Colossal is not the only organization attempting to bring species back from extinction. Scientists have been trying to recover a range of extinct species after rapid advancements in cloning and stem-cell technologies.

Target species include the Aurochs, the ox-like animal depicted in the Lascaux cave paintings.

In fact, scientists have already brought back an animal from being extinct — but the success was short-lived. In 2003, cloning projects brought back the Pyrenean ibex, making it the first and only animal to successfully make it through the de-extinction process past birth. However, it lived for only seven minutes before succumbing to a lung defect, making it the sole species in history to go extinct twice.

The most promising de-extinction candidate is the passenger pigeon. Ongoing work from the non-profit organization Revive and Restore is creating a hybrid between the extinct passenger pigeon and its closest living relative, the band-tailed pigeon. The hybrid animal is expected to be ready in 2024 and released into the wild in North America in 2030.

While de-extinction has been promoted as a visionary output of scientist advancements, experts also question whether it is a good idea. It's hard to ignore that de-extinction projects are driven in part by human guilt for having caused many of these species to die out in the first place.

Conservationists point out that resources could be better spent conserving species currently alive at a time when more than 1 million species are at risk of going extinct, the majority due to human civilization.

"Any sober look at the situation, and you see that huge amounts of money are being diverted away from conservation programs," Faysal Bibi, a paleontologist at the Museum of Natural History in Berlin, told DW.

Bibi also highlighted real concerns about the sustainability of de-extinction.

"If we did manage to bring back mammoths, how much conservation work would be needed to make these animals survive in the wild? It would surely divert attention away from conservation and rewilding efforts of other animals like wolves or bears," said Bibi.

There is hope, however, that de-extinction projects like those from Colossal might build support for conservation efforts for animals that still live on our planet.

"De-extinction is part of human ingenuity and curiosity to push boundaries, and this should be celebrated. It might also hold some political selling power for conservation. De-extinction has pros and cons, and we need a certain amount of healthy skepticism," Bibi said.

One of the benefits of de-extinction is that technologies for bringing back animals that died out are also being used in conservation projects to boost the numbers of critically endangered animals. High priority species include the northern white rhinoceros, of which there areonly two individuals left.

In 2020, the first clone of the Przewalski's horse was born at San Diego Zoo. The species is extinct in the wild and the 2,000 remaining individuals in zoos and reserves descend from only 12 wild ancestors. Such restricted breeding means the species is at risk of low genetic diversity, harming the chances of survival if rewilded.

Around 2,000 Przewalski's horses live in captivity, but none remain in the wild.

Parts of the clone's DNA are from frozen samples of a wild Przewalski's horse stallion. The were fused with an egg from a female domestic horse.

"Now, the [de-extinction process] is contributing to reversing losses of genetic diversity and contributing to population sustainability," Oliver Ryder, director of genetics at the San Diego Zoo Global, said in a statement.

The hope is that biotechnologies like these can be used as one initiative alongside major social and political conservation programs to save more species from going extinct.

Cloned horse set to breed in the wild

Berlin zoologists have succeeded in producing living rhinoceros embryos from stored sperm of the northern white rhinoceros. The breakthrough nourishes hope of bringing the nearly extinct species back to life.