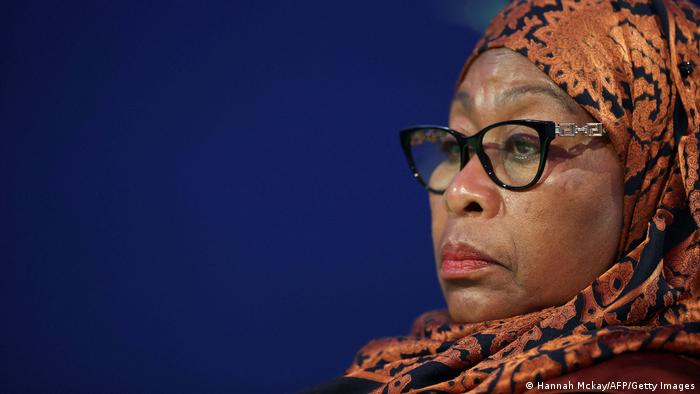 Samia Suluhu Hassan is not only the first female leader of Tanzania, she's also Africa's first ever Muslim woman president

When Samia Suluhu Hassan became Tanzania's president a year ago after the sudden death of her predecessor John Magufuli, many women had high hopes.

It wasn't just President Suluhu Hassan's enormous potential as a role model — upon her inauguration on March 19, 2021, she became Tanzania's first female president, as well as the only woman head of state in Africa.

It was also that the late President Magufuli made frequent comments belittling women while supporting policies that curbed their rights. For example, he banned pregnant teenagers from going back to school.

Now, one year on, many women are applauding Suluhu Hassan for her leadership style and promotion of women.

They also praise the president for steering her country out of the economic and health crises triggered by the COVID-19 pandemic. Suluhu Hassan has also boosted Tanzania's regional standing since taking office.

The 62-year-old leader has given Tanzania a diplomatic face-lift after the isolation during the Magufuli era. She has visited several African and European countries and the United Arab Emirates in the past year.

This has allowed Tanzania to secure funding and sign contracts for several large projects, including a €178 million ($196 million) concessional loan for bus rapid transit, financing to refurbish the international airport, and €450 million in EU COVID-19 relief funds, according to the Tanzanian daily, The Citizen. 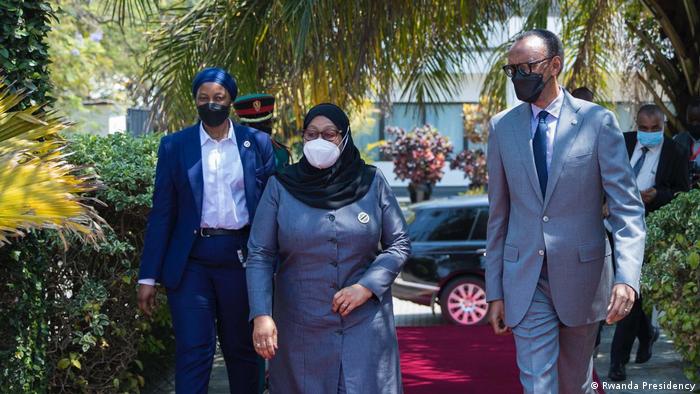 Under Samia Suluhu Hassan, Tanzania is rapidly opening up to its neighbors.

Just last month, her administration agreed to join the rest of the East African Community in signing a trade deal with the European Union, which Magufuli had previously blocked. Tanzania also recently removed dozens of trade barriers with Kenya.

The country is now reaping the benefits of these policy changes.

Exports of manufactured goods from Tanzania to its neighbors have shot up by a third, "the highest recorded trade historically," Frannie Leautier, a Tanzanian-born international investment consultant, pointed out. She has held senior leadership roles at the African Development Bank and the World Bank Group. 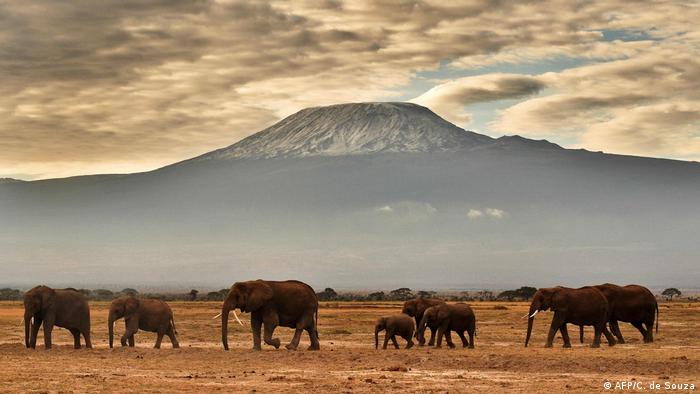 Tourism, which before the pandemic made up 10% of Tanzania's GDP, is yet to recover

For Leautier, one of President Suluhu Hassan's key achievements is how she has "spearheaded Tanzania's role" both with the East Africa region and elsewhere, and on the continent following AfCFTA's launch.

Tanzania's national poverty rate fell in 2021, despite the effects of the pandemic, Leautier said, adding that the Tanzanian shilling is also the most stable currency in East Africa.

Dar es Salaam resident Monica Patric told DW's Kiswahili service that the "great things [President Suluhu Hassan] is doing in and out of the country" is why she's happy as a woman with her performance.

"There are so many changes since President Samia took office," she said. "So many people and I are proud of her."

"I celebrate President Samia Suluhu Hassan because she has echoed the importance of giving women governance," she said. "She is not perfect, but she is doing a good job."

Nyanzi added that she thinks many underestimated the president because she is a Muslim woman and wears a hijab.

"Our parliamentary speaker is a woman and is doing a great job at the parliament, which is a great achievement because the parliament is stable and doing well," she told DW.

Tanzania has more women cabinet ministers than ever before. After several cabinet shuffles in the past year, nine out of 25 ministries, or 36%, are currently headed by women. 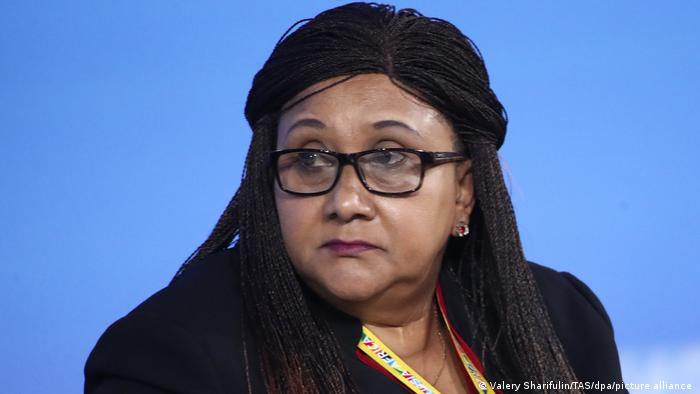 This includes the appointment of Stergomena Tax to lead the ministry of defense,  the first time in the country's history that the critical position has gone to a woman.

President Suluhu Hassan also seems to be giving younger women a chance to demonstrate their leadership skills. For example, Tanzania's ambassador to the US, former economist Elsie Sia Kanza, is only 46.

"[President Suluhu Hassan] has appointed young women, and women in general, to non-traditional roles by looking at their competency and capability and setting them up for success," financial consultant Leautier said.

The president herself has highlighted that 13 women were among the 28 new judges she recently named.

Neighboring Rwanda, where just over half of the cabinet ministers and judges are women, shows that traditionally male-dominated African nations can put women into leadership roles.

But this isn't something that Tanzania can do overnight, experts say.

"I'd be concerned if she tried to drive for parity immediately because we need time as a society to get used to certain things," political commentator Eyakuze told DW.

"If she's seen to favor women absolutely and completely and be a feminist, that might actually arouse backlash instead of creating a constructive situation."

Not all smooth sailing

That doesn't mean President Suluhu Hassan is supportive of all women. Last year, she triggered an outcry when she described the country's female footballers as having "flat chests" and being unattractive for marriage.

"Especially African women, as we know their female body has been objectified for so long," Singano told DW in August 2021.

"We have been pushed to fit certain categories of beauty. So it is really sad to hear that the president is uttering those words in a manner that says: If you do not have these qualities, you are not woman enough. You are not attractive."

In addition, the seven-month imprisonment of opposition Chadema politician Freeman Mbowe, who was released two weeks ago, fueled concern among rights groups whether President Suluhu Hassan was returning to the repressive techniques of the late John Magufuli. But in an exclusive interview with DW, she rejected the allegations of oppressing her political opponents.

"As for complaints by political parties to be allowed to hold rallies, which is their legal right. We have asked them to discuss and let the government know how they intend to conduct those meetings without chaos, destroying people's property, or causing mayhem in the country," Suluhu Hassan said. "They should sit and discuss and let the government know what they have decided. We shall respond and allow them."

She also ruled out a constitutional review soon, saying Tanzanians had more pressing issues. "Citizens expect good schools where their children can go to learn. They are waiting for health centers to be built, water supply, and rural electrification. This constitutional [amendment] exercise is very costly."

However, the Tanzanian leader stressed that she understood the importance of the constitution. "It is vital. So we shall wait for recommendations from the political parties and see the way forward, but for now, we want to focus on the needs of the citizens," she told DW. 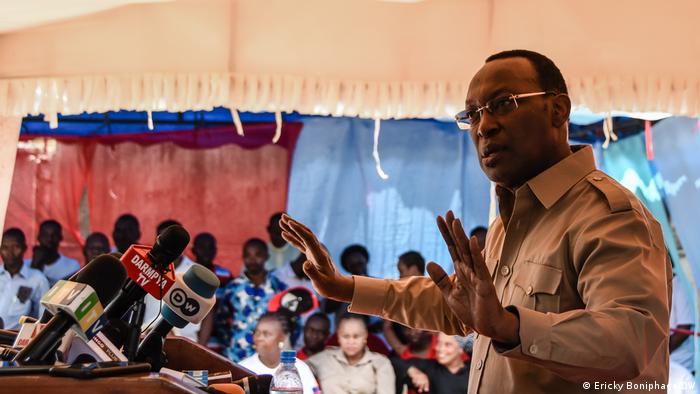 Above all, President Suluhu Hassan seems to be appreciated by women in the region for her calm and considered leadership, which contrasts with the self-promotion and blustering often associated with other political figures in the region.

"I think she's a role model for both men and women in terms of her style of listening and engaging and in steadily moving things forward," said political commentator Elsie Eyakuze.

"She's got more of a quality of listening and deliberating before she speaks and when she speaks, she's usually very well prepared," Leutier said.

"So I feel like we're moving back towards a proper professional approach to public service rather than the cult of personality."

Sudi Mnette contributed to this article.

President Suluhu Hassan talked to DW about COVID vaccines, climate change and ties with the EU. But she declined to be drawn on the terrorism charges the leader of the opposition will now have to face.