Tanzania to press Germany for damages for colonial era 'atrocities'

Tanzanian legislators on Thursday urged the government to put pressure on Germany to pay compensation for deaths caused during the Maji Maji revolt over a century ago. 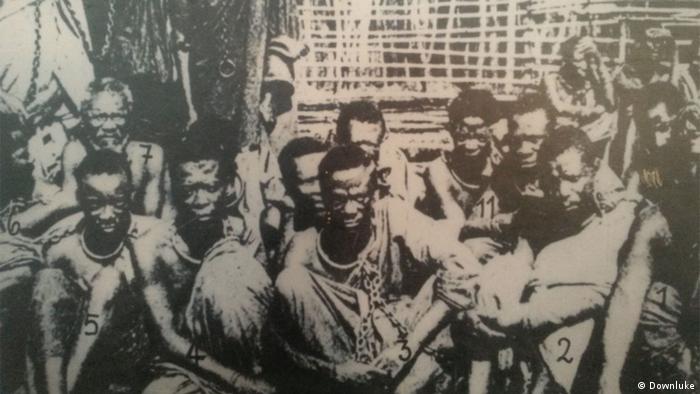 The Tanzanian government says it will seek compensation for tens of thousands of people who allegedly were starved, tortured and killed by German soldiers as they sought to put down rebellious tribes between 1905 and 1907.

The German forces are accused of crimes including forced starvation following the tribal revolt known as Maji Maji. Germany ruled Tanzania, then known as Tanganyika, from the late 1880s to 1919.

In an interview with DW, Hussein Mwinyi, the Minister of Defense and National Service of Tanzania, said that the government is prepared to ask the German government to compensate those who were affected by the Maji Maji war.

DW: Why are you taking this action at this time?

Hussein Mwinyi : In this case it was the result of a question that was asked in parliament by one of the members of the leadership who wanted to know whether the government is prepared to ask the German government to compensate those affected by the Maji Maji war.

So is this a considerationor have you already reached a conclusion that you are going to take action?

What I responded to that question is to say that, as Minister of Defense and National Service, we will write to the Ministry of Foreign Affairs so that they can take the matter to the German government.

What exactly do you expect from the German side?

Should your compensation come through as you hope, how would this be utilized? To benefit the victims or is this something that's going to go to the national treasury for the benefit of the whole country?

How soon do you think the process could start?

I have already promised the House that I am going to write to the leaders of the Ministry of Foreign Affairs and I am hoping they will pick up this issue as soon as possible.

The case goes back to an uprising by the Herero and Nama tribes against their colonial overlords - Germany. The first question the US court will likely address is whether or not it has jurisdiction in the case. (06.01.2017)

Germany reminded of atrocity from its colonial past in Africa

A delegation from Namibia's Herero and Nama ethnic groups is in Berlin to collect 20 skulls belonging to their forefathers, who were massacred after an uprising in what was a German colony more than a century ago. (27.09.2011)