Taming the Arctic: How to govern the spoils of climate change | World| Breaking news and perspectives from around the globe | DW | 06.09.2010

A small clique of northern countries currently governs the Arctic Circle. But as the Polar Ice Cap melts, external powers have expressed an interest in the energy-rich region, raising eyebrows among the Arctic nations. 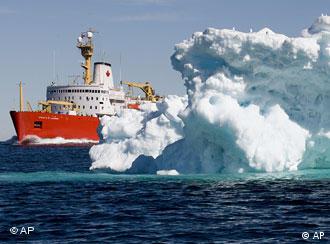 As the Arctic Circle undergoes its perennial summer thaw, a series of expeditions have set sail for the High North. Russia recently sent its largest expedition in a decade while the US and Canada are conducting a joint mission in the Beaufort Sea.

These expeditions often wear a facade of scientific inquiry, but their findings could have sweeping political implications. The Arctic powers are mapping the seabed so they can back up their competing territorial claims in the region. 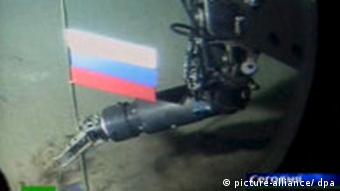 Russia planted its flag in the Arctic seabed in 2007

As a result, governance in the Arctic has become more than a regional power game. It has far-reaching political and economic implications for a globalized world, and non-Arctic nations are beginning to take note.

"This isn't the 15th Century. You can't go around the world and just plant flags and say 'We're claiming this territory'," said Peter MacKay - at the time Canada's foreign minister - in August 2007.

A Russian expedition had just set a titanium, rust-proof flag in the North Pole's seabed. Members of the expedition compared the flag planting to the US moon landing in 1969, saying it marked a scientific, rather than political, achievement.

But other nations saw a Russian attempt to prematurely claim the abundant resources that lie trapped under the Arctic's receding ice. Now Canada, Denmark, Norway and the US have begun to stake out their piece of the Arctic pie as well.

Maritime claims are governed by the United Nations Convention on the Law of the Sea (UNCLOS). The treaty allows nations exclusive economic access to an area that stretches 200 nautical miles from their coastlines. This area can be expanded to 350 nautical miles if a geographic connection to the mainland can be proven.

Energy and trade are at stake

So expeditions are crisscrossing the Arctic, looking for geographic evidence that will support their claims before an international tribunal. For instance, Russia says the Lomonosov Ridge, which lies under the Arctic Ocean, is a natural extension of its territory.

Most of the energy resources lie within the Arctic powers' current exclusive economic areas. This means that territorial claims will not necessarily bring more riches in oil and gas. But the potential for additional unclaimed resources to be found has whetted the appetite for territorial expansion.

Beyond the search for energy, the management of newly accessible shipping routes could change the geography of international trade. The US and Canada dispute the status of the Northwest Passage. Canada claims that it has sovereignty over the potentially lucrative trade route, while the US believes it lies in international waters.

"In a way the [Canadian] government has harped on the sovereignty theme to the exclusion of others as they've tried to broach the international dimensions of Canada's interests in the North," Franklyn Griffiths, an expert on Arctic politics and Professor Emeritus of Political Science at the University of Toronto, told Deutsche Welle. "Sovereignty is the big thing."

The opening of new trade routes has implications for the entire world, not just the High North. China has no geographic connection to Arctic Circle. But as the world's top exporter, it has a major stake in international trade. Currently, Chinese products have to travel through dangerous choke points on their route to global markets.

Chinese vessels must first navigate through the Straits of Malacca, which connects the Pacific and Indian Oceans. Once this hurdle has been passed, ships then have to pass the Horn of Africa on their way toward the Suez Canal. This route is vulnerable to piracy, particularly off the coast of Somalia.

The opening of the Northeast Passage across Russia's northern coast would reduce the trip from Beijing to Hamburg by 6,400 kilometers (4,000 miles) and allow Chinese vessels to bypass the traditional voyage through Malacca and the Suez. 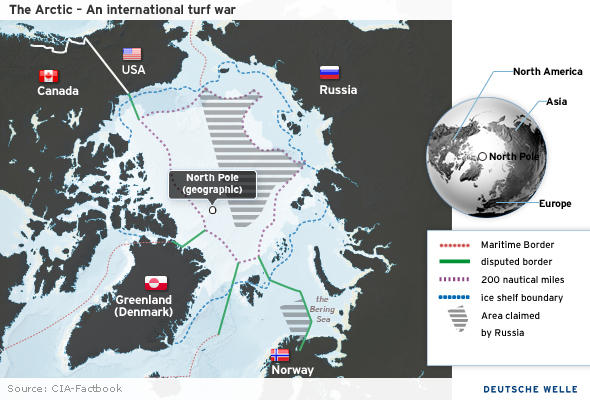 "I think China is interested in the Arctic for the same reason as other non-polar states have also become interested," Linda Jakobson, director of the Stockholm International Peace Research Institute's Program on China and Global Security, told Deutsche Welle. "China's economic development is to a large extent dependent on foreign trade, and China's foreign trade is heavily dependent on shipping. Anything that offers China new trade routes is of interest to China."

A Chinese vessel set sail for the Arctic this summer to conduct research. And a Russian tanker recently undertook the treacherous journey across the Northeast Passage to deliver gas condensate in China.

As Beijing's interests in the region grow, it is taking care not to upset the regional power balance. Respect for territorial integrity is a hallmark of Chinese foreign policy, and officials in Beijing have made it clear that they will respect the Arctic powers' sovereignty.

However, "China has made it very clear it would like to see the littoral states take in the interests of non-littoral states," Jakobson said. "China would very much like to see non-Arctic states being a part of the process."

The five major Arctic powers declared in 2008 that they will use current international arrangements to govern the Arctic region. This means that territorial disputes will be resolved through the Law of the Sea, and regional dialogue will take place within the Arctic Council, a multilateral forum that manages development and environmental issues in the High North.

But this arrangement could preclude non-Arctic states from voicing their developing interests in the region. China can only participate in the Arctic Council on an ad-hoc basis, which means it has to apply to participate in each meeting. The Chinese have submitted an application for permanent observer status, but as yet the council has not made a decision. 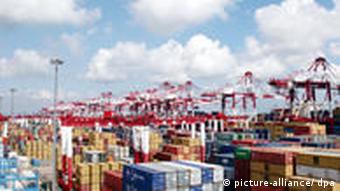 With non-Arctic states like China currently playing a marginal role, the five Arctic powers could establish spheres of influence in the region before the international community is able to gain a foothold.

"Time and again there have been historical attempts by the bordering states to create sovereignty or spheres of influence in the Arctic," Ruediger Wolfrum, an expert on the Law of the Sea and Director of the Max Planck Institute for Comparative Public Law and International Law, told Deutsche Welle.

He proposes an international conference, in which non-Arctic states have participation rights, to create a global consensus before disputes grow in number.

Griffiths advocates the expansion of Canadian Arctic policy beyond sovereignty issues and supports a greater role for non-Arctic states. But at the same time, he encourages these states to participate more in existing institutions.

Two German freighters have successfully travelled from Asia to Europe via the Arctic waters above Russia. As the fabled Northeast Passage comes a step closer to reality, some say it may end up a road seldom traveled. (22.09.2009)

The Northeast Sea Passage - a shortcut between East Asia and Europe first gained notoriety when Sir Hugh Willoughby, a British voyager, died in 1553 whilst trying to find it. Now the ice is melting because of global warming and a German shipping company has decided to attempt the same route in reverse -- from South Korea to Europe. Two of its ships already made it to Siberia. (21.09.2009)