Scientists said the dinosaur had ears that could hear low-frequency sounds. They labeled it a "peaceful but talkative dinosaur." 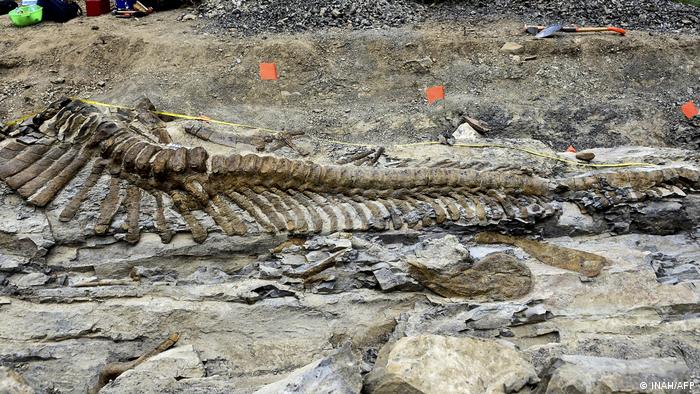 The new species, called Tlatolophus galorum, is a crested dinosaur.

Paleontologists have identified a new species of dinosaur in northern Mexico after its remains were identified almost 10 years ago. The specimen dates back 73 million years.

The new species, called Tlatolophus galorum, was a crested dinosaur. Paleontologists said that the crest's shape is similar to a "symbol used by Mesoamerican people in ancient manuscripts to represent the action of communication and knowledge itself."

The investigation, which began in 2013, included specialists from the National Institute of Anthropology and History (INAH) and National Autonomous University of Mexico (UNAM). A tail of the dinosaur was first discovered in the state of Coahuila.

"Once we recovered the tail, we continued digging below where it was located. The surprise was that we began to find bones such as the femur, the scapula and other elements," said Alejandro Ramírez, who was involved in the discovery.

Research about the new dinosaur species was published in Cretaceous Research, a scientific journal. The INAH said this discovery was an "exceptional case" in Mexican paleontology.

"Highly favorable events had to occur millions of years ago, when Coahuila was a tropical region, for it to be conserved in the conditions it was found in," said the institute. 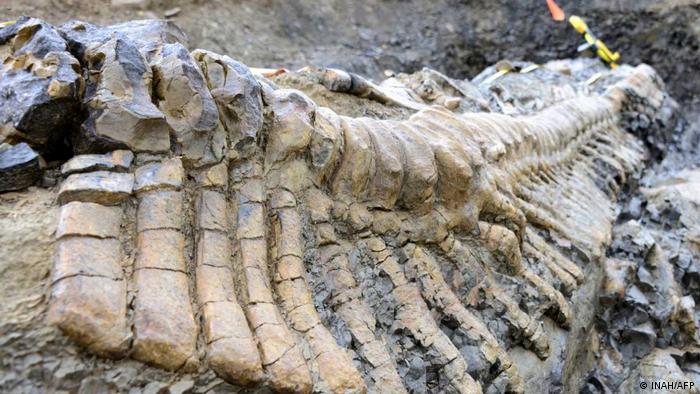 Digging below the tail of the dinosaur uncovered more bones

Scientists said that the dinosaur was a herbivorous animal, and the conditions in which it was found explained its preservation.

"About 72 or 73 million years ago, a huge herbivore dinosaur died in what must have been a body of water full of sediment, so that its body was quickly covered by the earth and could be preserved through the ages," the institute said in a statement.

Tlatolophus is derived from a term in the Indigenous Mexican language of Nahuatl and the Greek term meaning "chest." Galorum is a reference to the scientists involved in the research.

"We know that they had ears with the capacity of hearing low-frequency sounds, so they must have been peaceful but talkative dinosaurs," the researchers said.

Paleontologists also believe that this dinosaur "emitted strong sounds to scare away predators or for reproductive purposes."