Talent Campus: 'The results are fantastic'

The Berlinale Talent Campus brings up-and-coming filmmakers and actors together with old hands from the business. DW talked to the director of the program, Matthijs Wouter Knol, about the springboard for young talent. 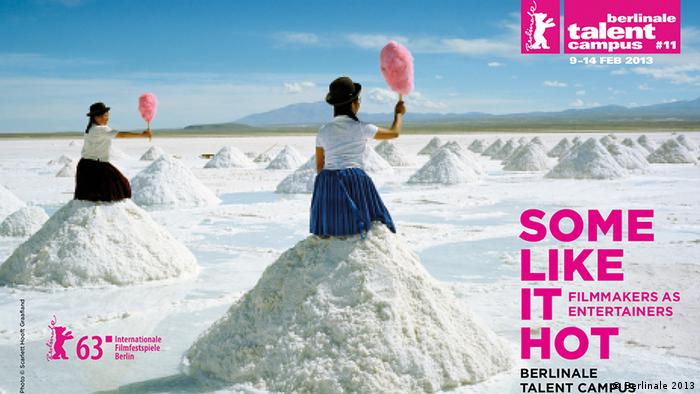 Deutsche Welle: How did you first get involved in the Berlinale Talent Campus?

Matthijs Wouter Knol: I used to work as a producer and was also involved in other festivals in Amsterdam, where I'm from. As a young producer, I realized that it's not easy getting to know more established people in the film industry - even if you've done very interesting projects or have worked with great directors. So I thought it would make sense to create a program for young people who have already done impressive things, but who still have a hard time being taken seriously - and to connect them to people who have a lot of experience but don't have the time to look around and see that there's also a lot of very talented young people in the room.

What, in a nutshell, is the Berlinale Talent Campus all about?

It's about getting people together that have done amazing things or are planning to do amazing things and let them talk about their work. It's also about creating an open atmosphere to help people work more internationally. It's a platform where people can find inspiration and find people they can start working with. 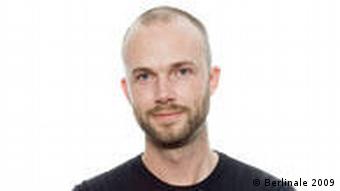 Matthijs Wouter Knol knows how to get people networking

How are the participants selected?

We have around 4,500 applications every year from over 130 countries and we select only 300. People send a clip of their work and an explanation of why they want to come to Berlin. We're looking not only for the best and the most interesting people, but also for those we feel will, in the six days of the program, take the next steps - those who are very clear about what they want to achieve in these six days. It does mean, however, that we have to disappoint some people we're actually very enthusiastic about. So we always encourage people to apply again. I think that's quite normal in the industry. If you take the first "no" for an answer, that's not good.

What do you think the biggest challenges are for young people aspiring to get into the filmmaking industry?

If you're from certain parts of the world which are not Western Europe, North America and Australia, the challenges are a bit higher, not only financially, but also language-wise sometimes. But I think it's also a matter of finding your own voice. We have filmmakers at the campus who have finished film school and have already made two films and are working on their first feature film. They have to answer questions like: "Do I want to continue to work with the same people? Do I want to take it to the next level? Do I have to change my storytelling if I want to reach an international audience? Do I have to change the language to reach international audiences?" It's about how to remain yourself and do what you're really good at, but also about starting to work with other people who might be better at certain things.

What kind of funding opportunities are there for young filmmakers?

If there's less money, there might be the need and the urge to just find creative solutions that might work very well. We talk with people who have made great films with low budgets or people who became involved in more specific parts of the production because they couldn't afford to hire somebody to do that particular work. Sometimes, the results are fantastic. 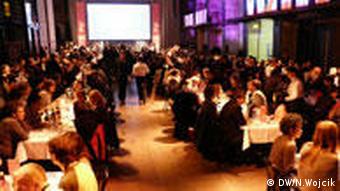 What's so special about the Berlinale, about Berlin as a filmmaking city?

I love Berlin and the Berlin International Film Festival because it's a festival where people really meet and are very encouraged to get to know one another. I think it's the largest festival where so many people from the city itself go to the cinema as well.

What's your top piece of advice for young people wanting to get into the industry?

I think the most important thing is that you try to find out - with the help of other people, but maybe just by listening, or going to see films - to find out the answer to the question: "What is it that I really have to say and how do I want to say it?" And it's about not being afraid to relinquish control. If you're a director - or whatever it is you're doing in the filmmaking process -, I think it's great to realize that actually by working together and trusting other people to come up with ideas that might be even better than yours - by being generous - , it's not only going to be beneficial, it's also going to be the answer to many insecurities and to many questions that you have, because many questions can be answered by the people around you. You just have to find them and listen to them.

Matthijs Wouter Knol was born in the Netherlands and studied Modern History at the University of Leiden and the Royal Netherlands Institute in Rome. He worked as a journalist before becoming Head of Development at Pieter van Huystee Film production company in Amsterdam. He's worked as a producer on countless international projects, and was director of the International Documentary Film Festival Amsterdam (IDFA)'s training program. He has also organized exhibitions and installations in cooperation with the Dutch Film Museum, the Wexner Center for the Arts in the US, New York's Museum for Modern Art, Amsterdam's Stedelijk Museum and Galerie Colette in Paris. Together with project director Christine Tröstrum, he has directed Berlinale's Talent Campus since 2008.

Politics at the Berlin film festival

The Berlin International Film festival has a tradition of featuring political cinema. This year, young directors from Europe focus on the continent's past, present and future. (13.02.2013)

Live blog: Up close with the Berlinale Talent Campus