Taking a stand against everyday sexism | Europe | News and current affairs from around the continent | DW | 25.06.2013

Taking a stand against everyday sexism

After being harassed on a bus, one young Londoner started asking other women whether they’d experienced sexism. The response was overwhelming, and her project is now even attracting the attention of policymakers. 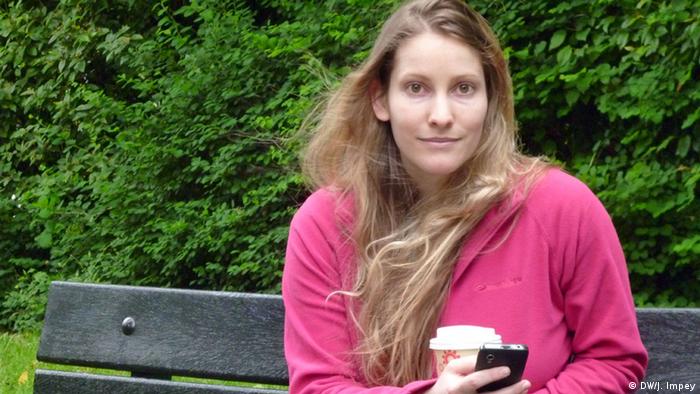 Just over a year ago, 26-year-old Laura Bates was a bright young graduate doing temp work in London. But after experiencing sexual harassment on the streets of her city, Laura decided to take a stand. 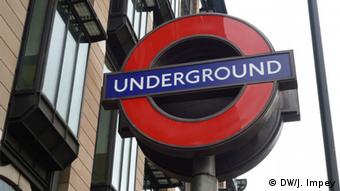 It was an experience on the tube that sparked Bates' activism

Bates asked her friends whether they'd ever experienced anything similar - and was shocked to discover that she wasn't alone.

"Every woman I spoke to had a story. And it wasn't just from a few years ago, it was literally 'on my way here to meet you' or 'yesterday,' said Bates. "It was something that was happening so regularly, but like me these were stories that they hadn't told anyone because they were just keeping quiet about it, because it was so normal."

Bates says she wanted other people to experience the same kind of revelation she'd had: By seeing all these women's stories in one place, it becomes clear that sexism is still a huge problem.

That's what led Bates to found the "Everyday Sexism" website. Initially, just a few women wrote in with their experiences. About a month later, Bates posted about it on Twitter, and a thousand people picked it up. Then, last summer, the project was featured in a national newspaper in Britain.

"After that, the floodgates just really opened," said Bates. "All of the newspapers were writing about it, and people started writing from around the world. The number of stories coming in just grew and grew and grew - until today when we get around 1,000 stories sometimes in a single day."

Bates quit her temporary job as an actress to focus full-time on the project, making ends meet by selling articles to magazines. People began volunteering to help moderate the comments on the website.

Recently Bates has started actively raising money using a crowd-funding platform. She wants to make the website more user-friendly, and to expand to other countries around the world. It's already available in 15 countries, including Germany, Russia and Brazil. And what's astonishing for such a new initiative is the success that the Everyday Sexism Project has had against giant corporations. 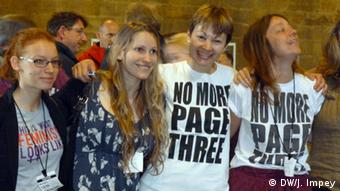 In May this year, Bates and her team successfully campaigned for Facebook to remove misogynistic images and comments, in the same way that they already remove racist or homophobic material.

"It felt like a real milestone," commented Bates. "For them to not only to respond publically, but to actually to commit to every single condition that we'd asked for in our open letter was absolutely amazing and for me it just felt like a real tipping point. I feel that we're at a point now where people are not putting up with these things in the way that they used to, even a year or two ago."

And that's not all. The Everyday Sexism Project is attracting the attention of politicians. When Green MP Caroline Lucas made a speech in parliament about sexism, she cited evidence gathered on Laura Bates' website.

"I think the Everyday Sexism Project is absolutely fantastic because it demonstrates to women that they're not alone," Lucas told DW.

"Each day that some kind of sexism happens towards women they often feel as if it's just happening to them," she added. "And I think what Everyday Sexism shows is just this normalization of sexism on a daily basis. And when you see it all drawn together it is actually really shocking and it is a wake-up call and I think we can use it to try to bring about change."

Many of the comments being posted on the @EverydaySexism Twitter feed are shocking:

"On tube a man asked my name and then told another 'if a girl called Lizzy gets raped on her way home, don't think it was me!" one reads. 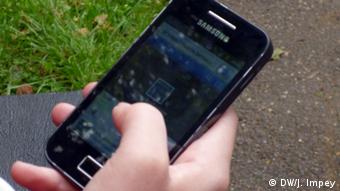 "Walking to school with my youngest daughter, to collect eldest at hometime. Man comes staggering out of pub and daughter nearly runs into him. 'Sexy baby!' he shouts, arms open, hips gyrating, leering. Daughter is 4yrs old," reads another.

Giving women a space where they can speak openly about such incidents is clearly key to this project. But Bates' ultimate goal is to make sexism as taboo and socially inacceptable as other forms of prejudice.

"I really think that what we need to see is a kind of cultural tipping point away from the normalization of sexism," she explained. "And all it would take would be for two or three people on that bus that I was on to have said, 'Actually that's not ok what are you doing?' and it influences the whole group."

It may take some time before traveling on public transport in London is a completely comfortable experience for all women, but Laura Bates is certainly doing her bit to take a stand for change. She's currently busy giving talks to young people in schools, collating women's testimonials into a book, and meeting with high-ranking politicians.

In Denmark, a TV show in which women strip while men critique their naked bodies is described as the most sexist talk show in history. Maybe controversial, but definitely overrated, says Danish journalist Ellen Otzen. (09.05.2013)

More on the Generation Change blog

Listen to the radio report by Joanna Impey