Tensions between China and Lithuania soared after Taiwan was allowed to open a de facto embassy in Vilnius. Now, Taiwan wants to help offset the financial cost that comes with angering Beijing. 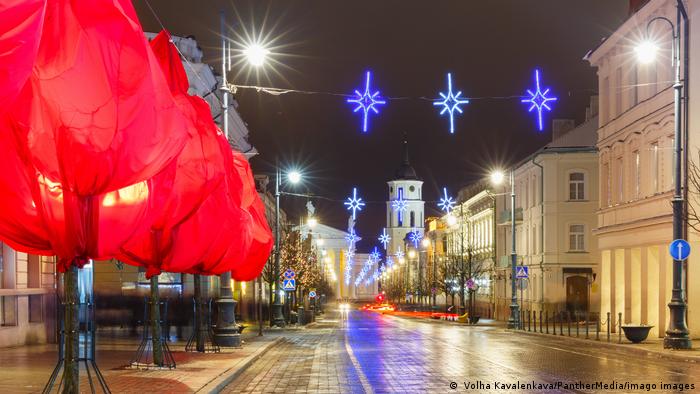 Taiwan said Wednesday it will create a $200 million (€176 million) fund to invest in Lithuania weeks after the self-ruled island claimed by China opened a representative office, a de facto embassy, in Vilnius. China views Taiwan as part of its own territory, and is putting immense pressure on foreign nations not to deal directly with the government in Taipei.

The announcement comes after Lithuanian President Gitanas Nauseda called the decision to permit Taiwan's representative office in Vilnius a "mistake."

Taiwan - A laboratory for democracy in the shadow of China

What is the purpose of Taiwan's investment fund?

Beijing has made use of economic measures to try and coerce Lithuanian political leaders into changing their minds about permitting Taiwan's representative office in Vilnius.

In announcing the new investment fund, Taiwan hopes to take some of the pressure off Lithuania.

Eric Huang, the head of Taiwan's mission to Lithuania, said the new investment fund will focus on industries considered strategic to bilateral relations and the development of both Taiwan and Lithuania.

"I can imagine the first top priorities will be semiconductor, laser and biotechnology," Huang said.

The diplomat said he hopes the first investments could come this year, Lithuanian radio reports.

Lithuanian business groups have complained that the importation of their goods to China was being halted and that Lithuania was no longer listed in China's customs system.

While Lithuania has minimal trade with China, it does have an export-based economy and is home to numerous multinationals that make products like clothing, food, furniture and lasers that do larger volume trade with China.

For instance, China has blocked shipments from German car part manufacturer Continental as components in certain parts are manufactured in Lithuania.

Commenting on the halt, Huang said Taiwan had already accepted 120 shipments of goods that had been blocked from mainland China and was prepared to take "as much as possible."

China and Lithuania spar over contacts with Taiwan

China downgraded its relations with Lithuania last year and recalled its ambassador last August in response to the Baltic state's decision to permit Taipei's de facto embassy to operate.

In the past, Beijing has successfully pressured Taiwan and nations wishing to have ties with Taiwan to have the island use the name Taipei or Chinese Taipei in official diplomatic channels.

In Lithuania, the name Taiwan is used on the island's representative office, though Beijing hopes to change that.

Taiwan has been semi-autonomous since 1949, but China insists it will be brought back under Beijing's rule.

"China's action seems to have targeted what it perceives as a vulnerable country, for its political gains. But giving in is not the best way in dealing with bullies," Taiwan's Deputy Foreign Minister Tseng Hou-jen said.