Taiwan election results show ′general disillusionment′ with Kuomintang | Asia | An in-depth look at news from across the continent | DW | 01.12.2014 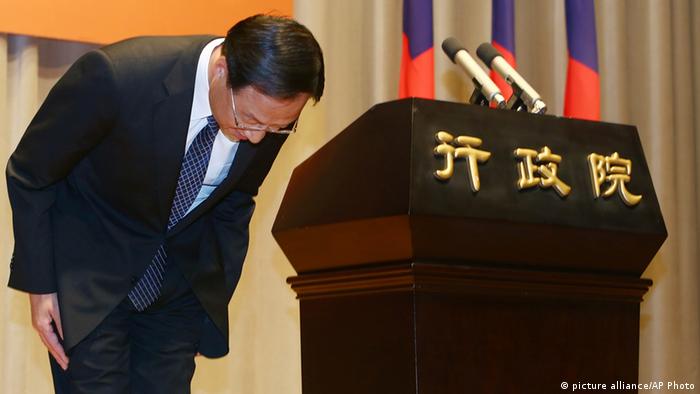 The Kuomintang (KMT) lost a number of traditional strongholds in the local elections on Saturday, November 29, including in the capital Taipei, where a politically unaffiliated candidate backed by the pro-independence opposition party DPP was elected as the next mayor, ending the KMT's 16-year rule of the city. The ruling party's worse-than-expected performance led to the resignation of both the island's premier and the cabinet.

Almost 20,000 candidates ran for more than 11,000 posts in the island's biggest local elections to date. More than 18 million voters were registered to cast their ballots. The polls were held less than two years ahead of a presidential election.

Many analysts saw the recent polls as a test for the ruling party and its policy towards mainland China - particularly given the KMT's long-standing advocacy of strong cross-strait ties and the fact that the government faced unprecedented protests back in March against a planned trade pact calling for closer ties with Beijing. 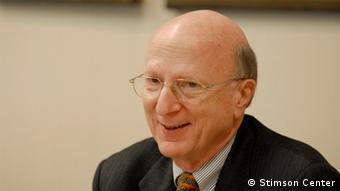 'One needs to be cautious in terms of drawing big conclusions about the election results' meaning for the future of cross-Strait relations,' says Romberg

But Alan Romberg, the director of the East Asia program at the US-based think tank Stimson, says in a DW interview that, while there is a sense that agreements with Beijing tend to favor the "haves" over the "have nots," it was rather a sense of failed governance and general disillusionment with the KMT that primarily led to this electoral outcome, and not any particular single issue.

Moreover, given the importance of mainland China to Taiwan in economic as well as security terms, it would be a mistake to assume that the DPP's exceptionally strong showing this time will necessarily be repeated in the 2016 presidential election, he adds.

DW: What were the decisive issues in these elections?

Alan Romberg: It is hard to identify any particular issue that determined the results this time; rather a sense of failed governance and general disillusionment with Kuomintang (Nationalist or KMT) rule seemed to pervade the process along with a weariness of KMT dominance. Furthermore, the lack of enthusiasm on the part of traditional KMT supporters led to their lower turnout rates, which played to the advantage of the DPP with its more enthusiastic adherents.

How do you explain the fact that the opposition also scored victories in KMT strongholds?

The fact that these were local elections means they turned primarily on local issues and personalities. For example, in the capital city of Taipei, where the winner was in fact not a DPP member but an independent who was strongly supported by the DPP, the KMT candidate never "caught on" with voters and never overcame his negative image as the gaffe-prone, privileged scion of a wealthy and politically well-placed family. 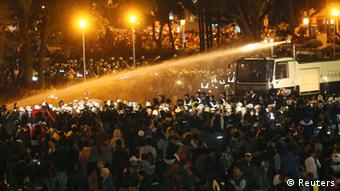 By way of contrast, the winner came from an ordinary background who rose to prominence as a well-respected physician. The latter was not without his own flaws, and he too made many gaffes during the campaign. But these did not have the same negative effect as the loser's elitism and ineptitude did.

What part do you believe the KMT's position on China played in these polls?

Because the November 29 elections were local polls, one needs to be cautious in terms of drawing big conclusions about their meaning for the future of cross-Strait relations or about the prospects for the 2016 presidential and legislative elections on the island.

While the KMT and DPP's differing positions on cross-Strait relations will be important over the coming year and a half in the run-up to the presidential contest in 2016 - and in that contest itself - this is more because of the seeming endorsement the DPP has from the public, and the party's oft-demonstrated ability to stymie progress on cross-Strait related measures in the legislature, rather than because policy toward the Mainland played a direct role in the just-concluded elections. Nevertheless, some sense of unfairness toward Taiwan's disadvantaged in recent cross-Strait agreements may have been a background factor.

What began as a demonstration has led to the storming of the Taiwanese Parliament. Students have been occupying the assembly building since Tuesday evening, protesting against a trade agreement with Beijing. (20.03.2014)

Angry Taiwanese tempt the heavy hand of the law

Tens of thousands of people took to Taipei's streets to demonstrate against nuclear power, with police deploying water cannon to remove them. For now, the government has announced a halt to the construction of a plant. (01.05.2014)

What role do you see the issue of relations with mainland China playing over the coming months?

We'll have to see what these election results portend for 2016, when both the president and all members of the legislature will face the electorate and when "national" issues will be on the table. Given the importance of the mainland to Taiwan in economic as well as security terms, it would be a mistake to assume that the DPP's exceptionally strong showing now will necessarily be repeated then.

Moreover, while Beijing may well try to court favor with DPP leaders in coming months in order to persuade them that accepting a "one China" framework is both safe and beneficial for Taiwan, it is unlikely that the DPP will go along. The party may seek to soften its reputation as "anti-China" in a variety of ways. But the DPP's basic stance that Taiwan is a sovereign, independent state that has nothing to do politically with the PRC is a core founding principle that is unlikely to change.

How is this result likely to affect the island's future policy toward mainland China?

Beijing's insistence that good cross-Strait relations depend on the Taipei administration's adherence to a "one China" framework is also unlikely to change. Hence, while there is no reason to anticipate a security crisis, since no DPP nominee will trigger the use of force by advocating a formal declaration of "independence," a DPP victory in 2016 would likely lead to a rockier cross-Strait relationship in subsequent years. 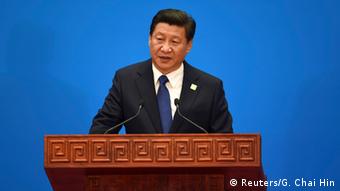 Romberg: 'Beijing's insistence that good cross-Strait relations depend on the Taipei administration's adherence to a 'one China' framework is also unlikely to change'

This would likely mean few if any new economic agreements, the suspension of Taiwan's access to certain international meetings such as the World Health Assembly even as an observer, and the possible switch of diplomatic relations from Taipei to Beijing by some of Taiwan's current diplomatic partners who would like to move to formal relations with mainland China, but whom the PRC has held off until now for the sake of maintaining stable cross-Strait relations.

While trying to avoid sounding threatening, Beijing will want to make clear to Taiwan voters that such a less amiable, and less beneficial, relationship lies ahead if they elect a leadership that eschews adherence to "one China."

Alan Romberg is distinguished fellow and the director of the East Asia program at the US-based think tank The Stimson Center. Before joining Stimson he worked on Asian issues, both in and out of government, including 27 years in the State Department, with over 20 years as a US Foreign Service Officer.