The tie-up between the two telecommunications giants will create a formidable competitor to US mobile operators Verizon and AT&T. The all-stock deal will hand control of the business to Germany's Deutsche Telekom. 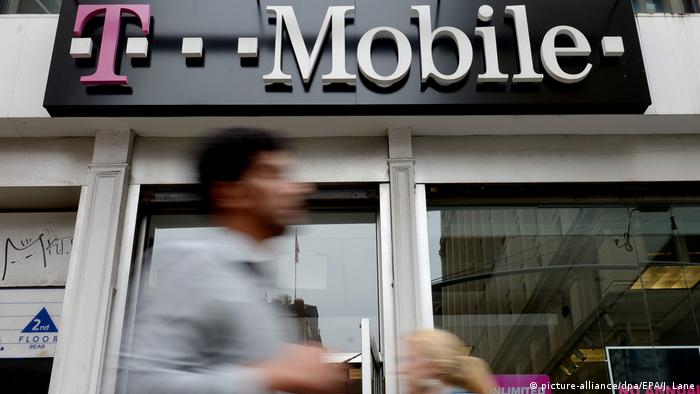 Deutsche Telekom subsidiary T-Mobile US agreed on Sunday to buy out Sprint Corp for $26 billion (€21.4 billion).

If approved, the deal will combine the third- and fourth-largest US wireless carriers, bringing competition down to three major cellphone companies.

Details of the deal

Less competition: The two companies have been in on-and-off negotiations for the past four years. The new deal would reduce incentives to keep prices low. T-Mobile has introduced many consumer-friendly initiatives, such as ditching two-year contracts and bringing back unlimited data plans.

5G: The next generation

It could cost jobs

The Communications Workers of America union said the merger will cost at least 20,000 US jobs and reduce competition in the wireless market, bringing higher prices.

T-Mobile Chief Executive John Legere said the new business would "be a force for positive change for all US consumers and businesses" and would be able to "bring a broad and deep nationwide 5G network."

Winning streak: T-Mobile has been on a yearslong streak of adding customers, while Sprint has struggled with debt and a string of annual losses. The new business will have about 131 million subscribers, about equal with second-ranked AT&T and close to market leader Verizon Communications.

Rejected deals: Telecommunications firms were unable to have mergers approved under Barack Obama's administration due to concerns about competition, but for the first time since 2009, the Federal Communications Commission ruled in September the wireless market had become competitive. Donald Trump's FCC Chairman Ajit Pai has not criticized the idea of three national carriers rather than four, as his Democratic predecessor had.

Awaiting approval: The deal still needs to be reviewed by the Justice Department and the FCC.