Deutsche Telekom profit surges on booming home and US markets | Business| Economy and finance news from a German perspective | DW | 22.02.2018

Deutsche Telekom profit surges on booming home and US markets

Europe's largest mobile operator has seen its net earnings and operating profit rise in 2017. The boost came on the back of its successful US subsidiary and a windfall from US President Donald Trump's tax reform. 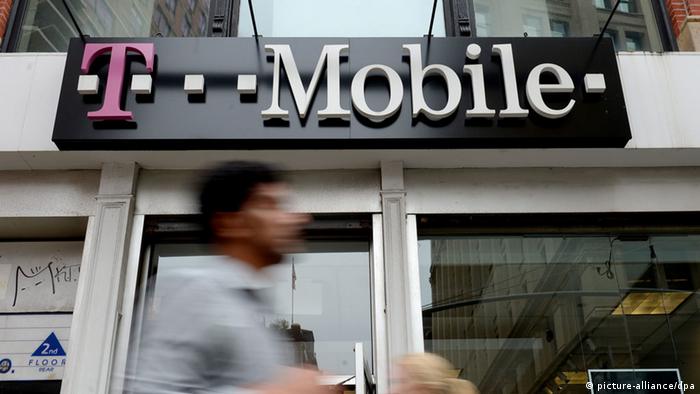 The Bonn-based telecom giant noted that the result included a €1.7 billion windfall from the recent US tax reform that affected the result of its North American subsidiary T-Mobile US.

Revenues throughout last year surged by 2.5 percent to €74.9 billion, the company stated on its website.

Banking on a strong home market

Deutsche Telekom forecast that core earnings and cash flow would grow in 2018 as the company was investing heavily in ultra-fast broadband connections and was laying the grounds for fifth-generation mobile services.

The firm expected adjusted earnings before interest, taxation, depreciation and amortization (EBITDA) to increase by 4 percent this year to €23.2 billion.

Deutsche Telekom's full-year earnings report came just a day after the company extended the contract of Chief Executive Officer Timotheus Höttges. He will stay on for another five years to work with Chief Financial Officer Christian Illek, who will start as the firm's new CFO in January 2019.