The film about a troubled child, called "System Crasher" in English, has swept Germany's equivalent of the Oscars. It's 11-year-old lead won best actress. 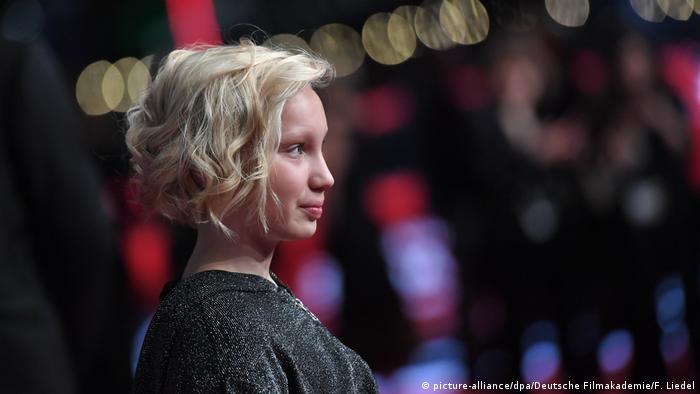 German drama film "Systemsprenger" or "System Crasher" won the Golden Lola for the best feature film at the German Film Awards on Saturday night. The film was nominated in 10 categories and came out with 8 awards.

The awards, dubbed Germany's Oscars, were held in Berlin. Close to 2,000 members of the German Film Academy voted on the winners, but there was no big gala due to coronavirus fears.

The Silver Lola went to the literary adaptation "Berlin Alexanderplatz" by Burhan Qurbani and the Bronze Lola went to the producers of the relationship drama "Es gilt das gesprochene Wort" ("The spoken word counts").

The film  "Lindenberg! Mach dein Ding" ("Lindenberg! Do your thing") about the rise of singer Udo Lindenberg was honoured for the best make-up and costume design. The Lola for best documentary was awarded to Alex and Ira Tondowski for "Born in Evin", best children's film was the literary adaptation "Als Hitler das rosa Kaninchen stahl" ("When Hitler stole the pink rabbit").

The most popular film was the comedy "Das perfekte Geheimnis" ("The Perfect Secret") with Elyas M'Barek.

Almost €3 million ($3.3 million) are distributed to the nominees and winners of the prestigious awards, with the condition that is reinvested in new projects.