Not a gala, but a TV show without an audience: the Lolas, Germany's top film award, will be rewarded in 2020 despite the pandemic. A look at the favorites — and at an insecure industry.

"There will be a longing for cinema again," said Martin Moszkowicz, head of the major German film production company Constantin. "There was a time before the coronavirus crisis, and there will be a time after," said Ulrich Matthes, president of the German Film Academy, a short time later. Despite the current situation, one can still feel the energy that a visit to movie theaters gives people, Matthes added.

An entire cultural industry is in a coma

Is this now functional optimism or a realistic assessment? The cinemas are currently closed: no films, no moviegoers, no income. The cinema industry, like so many others, is currently on the decline. But even worse: the cinemas, whether large multiplexes or smaller arthouse venues, are only one element in a complex cultural sector. Not much is happening in terms of production either. Across the country, filming has been suspended due to the coronavirus crisis.

Read more: How Hollywood stars are responding to the coronavirus 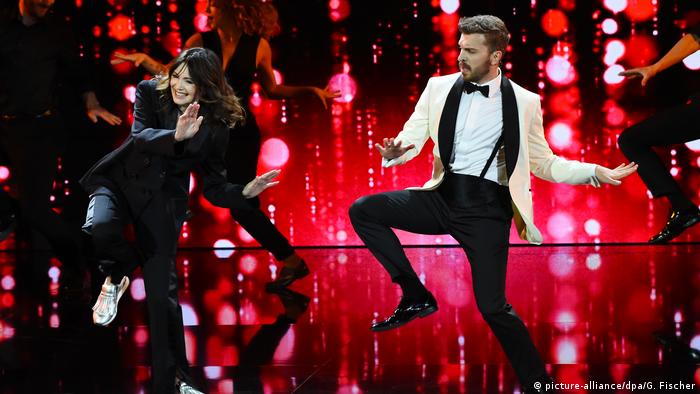 The mood at the German Film Prize 2020 will not be nearly as good as it was in the past, here in 2018 with hosts Edin Hasanovic and Iris Berben

Support has been announced from many different places. Monika Grütters, Minister of State for Culture and the Media, has promised an extensive aid package for culture and the period "after" the crisis, from which the cinema industry is also to benefit. "After" means the time when everyday life in Germany can resume again, and when cultural events can take place again. However, nobody can say at present when that will be. The cinema industry is considered to be particularly at risk.

Normality in the film industry is still a long way off

There are several reasons for this. A visit to the cinema always means that many people sit crowded together in a dark room — currently unthinkable because of the danger of infection by the virus. And film shooting also depends on a sense of closeness and intimacy. It is nearly unfathomable that filming — where directors, technicians and actors work closely and intensively together — will be possible in the near future, with the much-cited 1.5 meter-safety distance.

Nor are the many small and large film festivals, which are such an important launch pad for new films, currently taking place. So, an entire industry remains in a deep sleep. 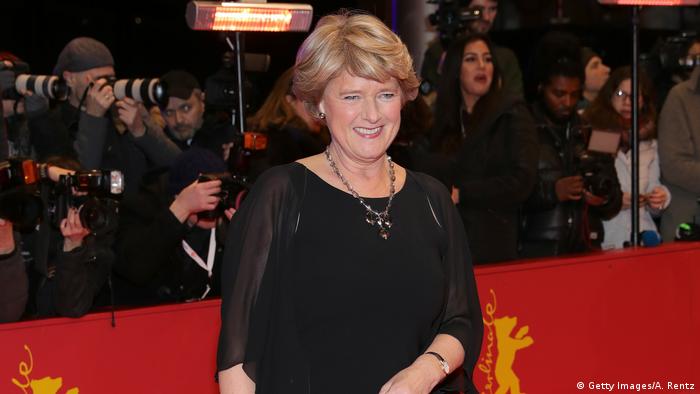 Culture Minister Monika Grütters, , shown here at the Berlinale in February, is a supporter of the film industry

Nobody can seriously predict when normality will return. It will be interesting to hear what Ulrich Matthes or Monika Grütters will say at the upcoming German Film Awards on April 24. They will certainly try to be encouraging — there's not much else they can do. On the evening of the awards ceremony, they will speak into television cameras, but obviously, the festive gala, normally a highlight of the German cinema year, will not occur this time around.

The German Film Awards will nevertheless be given in 2020. After all, they are the most highly endowed German cultural prizes ever. They are awarded by the some 2,000 members of the "Deutsche Filmakademie," the German Film Academy, following a procedure resembling that of the Oscars. With one important difference: money flows in Germany. Almost €3 million ($3.3 million) are distributed to the nominees and winners, with the condition that is reinvested in new projects. 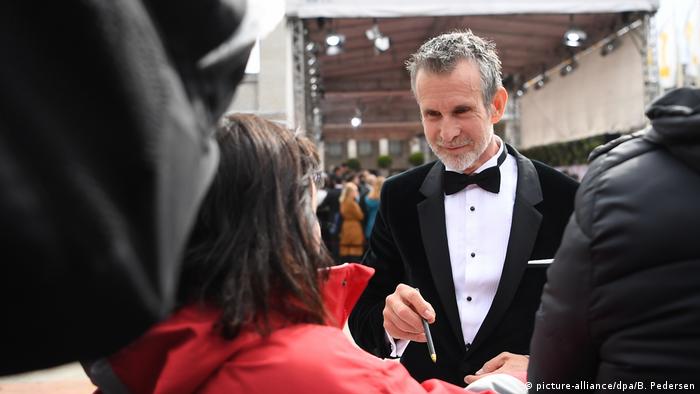 Ulrich Matthes, president of the German Film Academy, is optimistic

As early as March, the Film Academy's directors were already thinking about how the German Film Awards could occur this year. A complete cancellation was never considered. And why should it? The nominations have been clear since March 11. The only thing left that was left to do since then was to select the winning candidates. These will now be announced during a live television show — without an audience, of course.

Going to the cinema has to wait

While people still yearn to go to the cinema, they can fill their viewing needs by streaming any number of films through various platforms. While most of them were produced for the cinema, they're now available for viewing on small screens.

That might be okay for a while. But in the long run, the longing for a real visit to the movie theater will grow. Movie houses offer an incomparable community experience. And cinema has an unbeatable advantage: films are projected on a large screen, without a toilet break, without a stop button, without distracting conversations, comments and other diversions — this evokes a higher level of concentration and a completely different emotional reaction in the viewer.

It's not easy to laugh right now. But finding cheerful distraction during the coronavirus crisis is legitimate, says DW film expert Jochen Kürten. He has selected 10 legendary comedies for home viewing. (03.04.2020)

12 films to slow down with

As we stay home to avoid spreading the coronavirus, here are a few film recommendations reflecting on the phenomenon of time. (20.03.2020)

From "Berlin Alexanderplatz" to "Undine," there have been no big surprises in the nominations for the German Film Award 2020. Two prize winners have already been named in the run-up to the award ceremony on April 24. (20.04.2020)