Syrian swimmer Yusra Mardini had no chance in the preliminary heat at the Tokyo Olympics. The message that the refugee team’s flag bearer sent to the world though, was more important than the result. 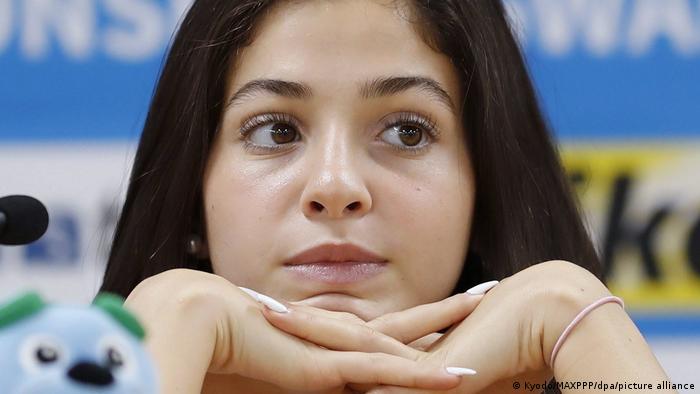 Five years of hard training for one moment. Then, after one minute, six seconds and 78 hundredths of a second, it was over. It is the worst time of all qualifiers in the 100-meter butterfly.

From the outside looking in, it was only a short, emotionless moment for Yusra Mardini. The press grandstand well filled, but in the stands across the hall there were only a few supporters and coaches from various nations in attendance. What little atmosphere there was came courtesy of whistles and clapping sticks from the US team attendees.

However, for the Syrian-born Mardini, who has lived in Germany since fleeing in 2015 and is competing for the international refugee team for the second time since 2016, it is very much a special moment. "For me, Tokyo is even more emotional than Rio de Janeiro," she said upon being nominated. 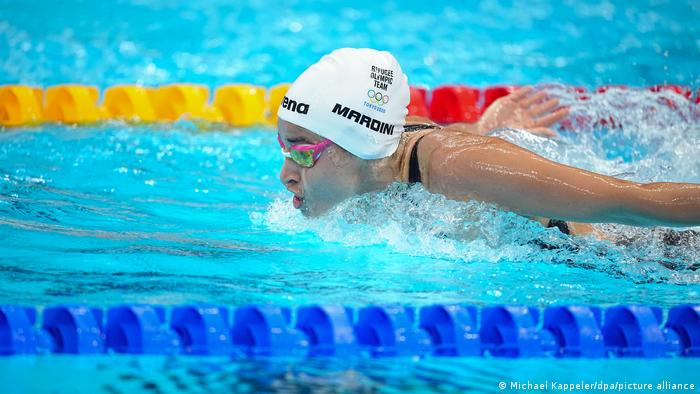 Mardini first competed for the Refugee Olympic Team in Rio five years ago.

In her discipline, Mardini still lags behind the best swimmers in the world by more than ten seconds. However, as a participant in the Refugee Olympic Team (ROC), she did not have to meet Olympic standards. The International Olympic Committee nominated the team, which consists of a total of 29 athletes in Tokyo - seven of whom currently live in Germany.

Mardini is the most prominent of them. At her first Olympic appearance five years ago in Brazil, she made headlines around the world as a teenager with her moving refugee story: an odyssey through eight countries, alone with her sister during which the two of them, among other things, dragged an overcrowded and then broken, rubber dinghy behind them for three and a half hours before arriving in Lesbos.

She is now an ambassador for the United Nations Refugee Agency (UNHCR) and was once received by the Pope. While a book on her life has already been published, a film is currently being made about her, which will be available on Netflix next year. According to People magazine in the United States, she is currently one of the "25 Women Changing the World."

For Mardini, as well as the entire ROC team, competing in the Olympics is not just about times, heights, distances, points, goals or baskets. It's about continuing to believe in dreams, pursuing them - and encouraging others to do the same - despite often dramatic and traumatic escapes from their home countries. 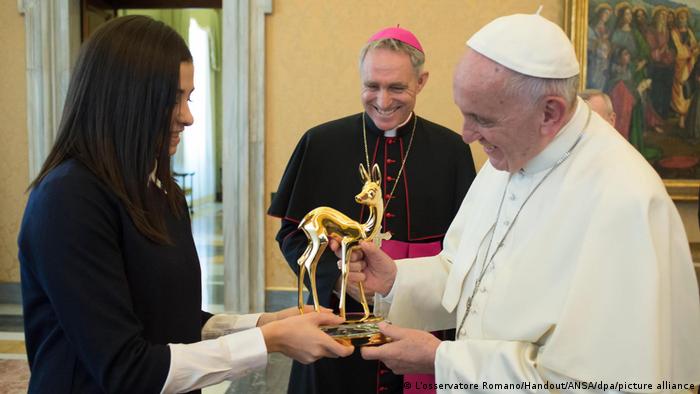 Pope Francis received the Bambi Award from Yusra Mardini in 2016

"I've told this story a million times," says the 23-year-old. "And if I have to, I'll tell it a million more times. It's about giving hope with my life story. Even if I'd prefer to just swim, I want and need to tell this story again and again, maybe I can help give people courage."

Flag bearer at the opening ceremony

Mardini has already made two of her big dreams come true by participating at two Olympics and at the opening ceremony in Tokyo, she fulfilled yet another. Together with track and field athlete Tachlowini Gabriyesos from Eritrea, she carried the Olympic flag at the head of the refugee team during the march-in. "I can't find words for what I felt carrying and representing the refugee Olympic flag," Mardini later wrote to her over 140,000 followers on Instagram. 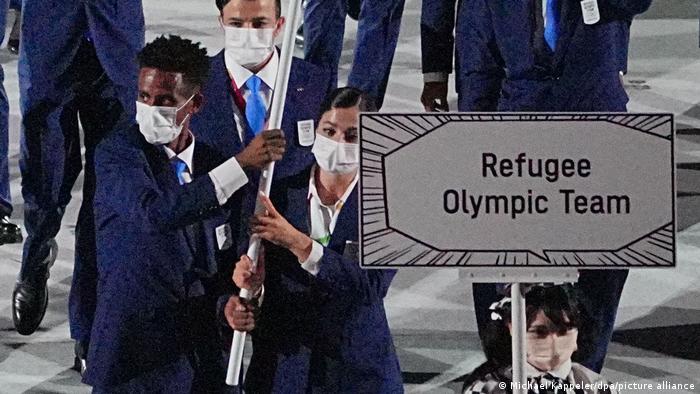 Her brief stint in the preliminary heat of the 100-meter butterfly will, however, likely be her last appearance as an athlete at the Olympics. Mardini will continue to dream though and already has her sights set on a new target: "I want to get a German passport, study and then open a swimming school."

From Syria to the Paralympics: A refugee finds strength in kayaking 01.09.2021

Among the athletes at the Tokyo Paralympics are six members of the refugee team. One of them is Syrian kayaker Anas Al Khalifa. DW's Ben Bathke heard his extraordinary and moving story in Germany before he flew to Japan.

The Olympics produce some of the best moments in sports. As the world's elite athletes gather in Tokyo 2020, so do the best photographers to capture all of the action. Here's a look at some of the most iconic moments.

Having missed the last two Olympics, Iranian canoeist Saeid Fazloula has been named on the refugee team for the embattled Tokyo Olympics. He has been training in Germany and his hard work has finally paid off.