The Syrian army said Israel fired missiles at a major military airport just outside of the capital of Damascus. It has not been determined whether there were any fatalities. 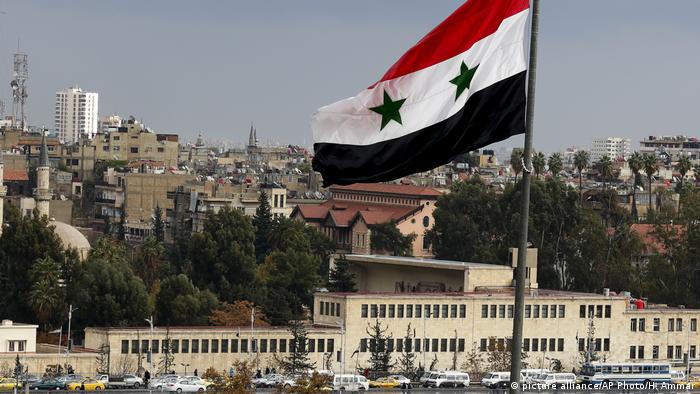 Syria accuses Israel of carrying out airstrikes in Damascus

A state news agency in Syria has broadcast accusations that warplanes from Israel have been carrying out air strikes in the province around Damascus. An international airport was reportedly targeted. (07.12.2014)

Heavy clashes between Islamist rebels and the Syrian army are raging on Israel's doorstep in the Golan Heights. Now Israel has begun to cooperate with the Assad regime and is preparing to accept its first refugees. (05.09.2014)

Syrian state TV stated that at least eight missiles were fired from Israel just after midnight Thursday and exploded in the Mezzah military airport near the capital of Damascus.

The airport is a strategic air base used mostly by Syria's elite Republican Guards and was previously a base used to fire rockets at former rebel-held areas near Damascus during the war in Syria. The airport is located southwest of the capital.

The army did not say if the explosions caused fatalities or injuries, but they did cause a fire, according to a statement.

The Syrian army warned there would be consequences following what transpired. "Syrian army command and armed forces warn Israel of the repercussions of the flagrant attack and stresses its continued fight against (this) terrorism and amputate [sic] the arms of the perpetrators," said the army in a statement.

The Israeli army did not comment on the report, according to French press agency AFP. Israel previously targeted Lebanon's Hezbollah group in Syria, where Hezbollah fights alongside the Syrian army. Rebel groups in the area have said Hezbollah's major arms supply route from the Lebanese border to Damascus has been targeted many times in recent years by airstrikes. Israel neither confirms nor denies striking targets in Syria.

Syria and Israel are officially in a state of war, after Israel occupied the Golan Heights in 1967. The occupation is not recognized by the international community.

How Taiwan can defend itself against China, even without US direct support 02.08.2022