Israel ′cooperating with Assad′ in Golan Heights | World | Breaking news and perspectives from around the globe | DW | 05.09.2014

Heavy clashes between Islamist rebels and the Syrian army are raging on Israel's doorstep in the Golan Heights. Now Israel has begun to cooperate with the Assad regime and is preparing to accept its first refugees. 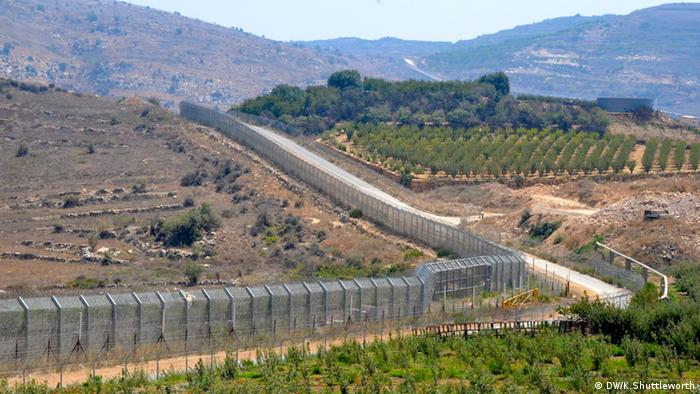 The recent seizure of the Quneitra border crossing by Islamist extremists fighting Syrian President Bashar al-Assad's forces marked a major escalation in the impact Syria's civil war has had on Israel. Fighters from the Nusra Front, al Qaeda's branch in Syria, expelled Assad's forces from the area and abducted 43 United Nations peacekeepers in the process. That brought the Islamist extremists within yards of Israeli positions, forcing Israel to close their side of Quneitra crossing and order farmers off agricultural land on the border.

Evidence of heavy fighting between the Nusra Front and Syrian forces could be seen by DW from near the United Nations base in the demilitarized zone on the Golan Heights. Thunderous explosions reverberated across the farmland as DW visited the Syrian-Israeli border just half a kilometer from Quneitra Gate, followed by the sound of machine-gun fire. The explosions rocked Quneitra's old town. 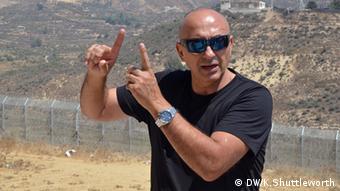 Israelis have decided that Assad is the preferable devil, said Marom

"It's in the Israeli interests that Assad control the Quneitra Gate again," said Kobi Marom a reserve in the Israel army and research associate at the International Institute for Counter-Terrorism in Herzliya. "If you look at the polls today, Israelis prefer Assad when you see the threat of the Islamic radical groups."

Marom said the fighting between Assad's forces and the Islamists would escalate over the next five days. He predicted Assad, with the help of elite Hezbollah fighters from Lebanon, would re-capture the Quneitra crossing on the Syrian side.

"The [Islamic State] attacks across Iraq and Syria have changed the way that all the players in this game look at the situation - including the international community," he added.

Israel has hinted it is coordinating directly with Assad's forces but has avoided saying it outright. Marom suggested Israel had been working with the Syrian regime to coordinate air strikes on Quneitra.

But as the fighting has escalated, Israel on Thursday also fired at a Syrian army position, sending a clear warning that accidental fire from Syria into Israel would not be tolerated. 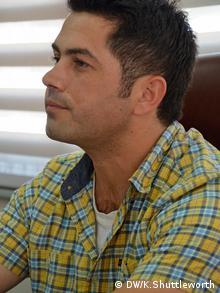 The local mayor says he has been told to expect refugees

Until now Israel has largely refused to accept any Syrians displaced by the civil war, and neighboring countries Lebanon, Syria, and Turkey have shouldered the burden of taking in the now three million refugees. But Israel has treated a small number of Syrians in its hospitals, sending them back to Syria as soon as they have regained their health.

But there are indications that that policy could change. Doulan Abu Saleh, mayor of Majdal Shams, home to 20,000 Syrian Druze and the largest Druze town in Israeli-occupied Golan Heights, told DW that Israeli army officials had ordered him to begin preparing for the arrival of Syrian Druze refugees. The first refugees are expected to come from Syrian border communities such as Hadar, which lies right on the UN buffer zone just outside the occupied areas of the Golan Heights, he said.x

Life has become increasingly dangerous for the predominantly Druze community living under rebel control, and Hadar-based Druze have taken up arms to defend themselves against the Nusra Front.

"Sometimes we speak with our relatives on the other side of Syria and we hear that they're under pressure and there were some casualties among our Druze brothers in Syria," said Abu Saleh.

The number of Syrians displaced from the Golan Heights is estimated to be as high as 400,000, according to Crystal Plotner, a legal advocacy researcher for Al-Marsad, a human rights center in the Golan Heights. "By accepting Syrian refugees, Israel has a window of opportunity to set the stage for better relations with its beleaguered yet influential neighbor," she told Reuters news agency. 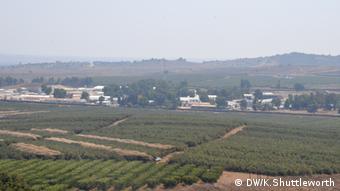 The Golan Heights region has been relatively stable until recently

The situation is changing rapidly along the border, said Avi Melamed, a strategic intelligence analyst at the Eisenhower Institute at Gettysburg College and former Israeli intelligence official, told DW. "It is amazing how much Israel has remained intact when you see the huge influx of refugees into neighboring countries. It is a miracle Israel, as of now, has been left intact. That could change tomorrow morning," he said.

Melamed said Assad had supported communities on the Israeli side is known to have come to the aid of Syrian minority groups, such as Christians, Kurds, and Druze.

In the past residents from Majdal Shams have travelled through Quneitra Gate to Syria. They were mostly students from families on the occupied-Israel side who travelled to Damascus to study. Melamed said Israel considers Assad "the best of the devils."

Israel captured the Golan Heights 1967 and later annexed the area, a move that has never been internationally recognized. Israel signed a ceasefire agreement with Syria in 1974, which UN monitors have helped to enforce since then. The area has remained tense but generally stable.

Israel has published tenders for 283 new homes in a Jewish settlement, days after announcing plans to expropriate 400 hectares of Palestinian land in the West Bank. The move follows a ceasefire to end conflict in Gaza. (05.09.2014)

Israel has announced plans to expropriate 400 hectares of Palestinian territory in the occupied West Bank. The move to seize the land comes days after both sides agreed to a ceasefire. (31.08.2014)

The disappearance of Razan Zaitouneh and her colleagues has been one of the greatest mysteries of the Syrian war — until today. DW's investigative unit hunted clues across six countries to track down the perpetrators.