Syrian Mazen Darwish is journalist of the year | World| Breaking news and perspectives from around the globe | DW | 18.12.2012

Reporters without Borders honors journalist and activist Mazen Darwish for his tireless engagement for freedom of expression in Syria. Since February, he has been held in a Syrian prison and reportedly tortured. 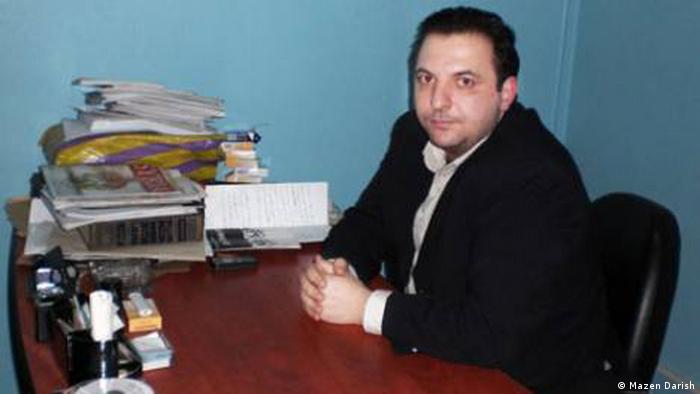 "In Syria, being a journalist is like walking through a minefield," said Mazen Darwish in a March 2011 interview in Damascus. There are many taboos, Darwish added, including now well-known political issues, human rights violations or the nature of the governing regime.

But Darwish also referenced other, less visible lines that journalists dare not cross, saying, "Nobody can tell when a mine is going to explode."

The 38-year-old reporter knows that all too well, having spent eight years fighting for free expression in Syria without caving to pressure from the government. At the end of 2004, he founded the Syrian Center for Media and Freedom of Expression (SCM). The SCM fought for journalists' rights and supported them in disputes with Syrian authorities through February 2012, when Darwish and several of his colleagues were arrested.

The SCM regularly published reports on free speech violations and on the working conditions Syrian journalists face. The group also collected and publicized cases of bloggers and other figures active in media who had gone missing. Finally, the SCM advocated reforming media law in Syria.

No authorization for the SCM 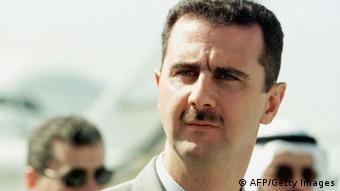 The Munich-based Roland Berger Foundation honored Mazen Darwish and two other activists in 2011 with its Roland Berger Human Dignity Award. The foundation praised what it called Darwish's tireless efforts in support of press freedom and free speech.

In the past, Darwish tried to register the SCM in Syria as a non-governmental organization, but without success. He said that Syrian government leaders were extremely sensitive to, if not even hostile to, NGOs and other activities within civil society.

"It's as if you were committing some huge sin," Darwish said of authorities' suspicion.

Again and again, Syrian officials tried to disrupt the SCM's work, closing the center on a number of occasions. Darwish was also bullied by the state. He was imprisoned multiple times, had to check in with security authorities and was prevented from leaving the country. Nonetheless, he continued to promote his cause.

"I grew up in a political family," he said in reference to his perseverance. His father was persecuted for years on political grounds, and his mother was active in a number of pro-Palestinian organizations.

"When I finished my law studies, I went abroad for a while - to the Gulf states and to Europe. In France and in Germany, I got to know the work of civil society and democratic thinking," he said.

Those experiences led him to promote similar approaches in Syria. 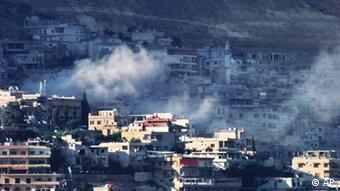 Syria has been rocked by a rebel uprising since early 2011

Since the rebellion against President Bashar Assad's dictatorship began in early 2011, Syrian journalists and human rights activists live in more danger than before. Reporters Without Borders reports that 17 journalists have been killed this year in Syria, and that 21 have been arrested. The latter group includes Mazen Darwish, who serves as director of the Syrian Center for Media and Freedom of Expression.

On February 16, 2012, security forces stormed the SCM's office in Damascus, arresting Mazen Darwish and fellow activists. Where he has been held since is unknown. Contact with the outside world is prohibited, but Reporters Without Borders has obtained information that Darwish is being tortured and in a troubling state of health.

The SCM's Facebook page now displays a picture of Darwish along with fellow imprisoned activists. The journalist's friends and colleagues as well as Arab and international NGOs are demanding his release.

Syria's vice president wants to negotiate with the opposition. In an interview he suggested the idea of a transitional government - but the opposition is hesitant to sit down and talk with the hated regime. (18.12.2012)

As the tide of fighting seems to shift against Syrian President Assad, the government can still rely on Russia, as well as China and Iran, for support. But it's more than arms deals driving Moscow's support for Damascus. (16.12.2012)

Damascus blamed "terrorists" for the country's Internet blackout. But technical circumstances indicate that, in fact, it seems to be a deliberate move by the regime. Access to the Internet was restored Saturday. (01.12.2012)