Damascus blamed "terrorists" for the country's Internet blackout. But technical circumstances indicate that, in fact, it seems to be a deliberate move by the regime. Access to the Internet was restored Saturday. 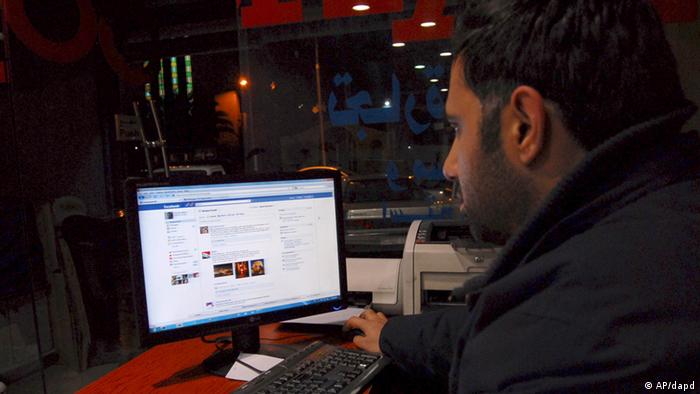 The images on the Internet are intended to be a humiliation: a helicopter in the clear blue sky, torn apart by a rocket. The video claims to prove how well the Syrian opposition is now armed, though the authenticity of the clip cannot be verified.

The message, that opposition fighters claim they are now able to attack the Syrian air force, is a strong one, a humiliating blow for the regime of President Bashar Assad.

It seems plausible, then, that as a result the regime has tried to prevent the further spread of such pictures and videos, both within Syria and abroad. The rebel's triumphs, whether real or merely propaganda, were now no longer available on the Internet. 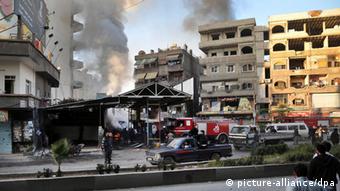 The civil war is driving the Damascus regime into a corner

Syria's total Internet blackout was a new development, said Elias Perabo of "Adopt a Revolution," a project supporting the Syrian opposition. While the Net had been down several times in the past, there had never been a blackout of this extent. It was also strange, he added, that not just some but almost all servers were down and across the entire country. Internet connections resumed in Syria on Saturday after a two-day blackout.

"This very strongly suggests that it was the regime that pulled the plug," Perabo said.

International IT experts agreed. According to technology magazine Wired, which has documented the technical side of the blackout, the government in Damascus had recently increased efforts to withdraw support from the so called Border Gateway Protocol (BGP). It's the BGP that connects Syrian servers with the rest of the Internet.

Information Minister Omran al-Subi blamed "terrorists" for the blackout. But according to Wired, that's rather unlikely. Syria has four cables connecting it with the worldwide web, according to the publication. Three of those cables connect through the port city of Tartus, while the fourth is an overland cable going through Turkey.

In order for the Web to fail across the country, all four cables would have needed to be cut at the same time, writes the magazine - a difficult operation for terrorists.

Experts, therefore, suspect the Syrian government itself cut off access. Damascus has several possible reasons for taking this step. First, cutting off the Internet might be a way to prevent word spreading of the rebels' increasing success - such as earlier this week when opposition fighters captured an electricity plant, or when they stormed military bases in past weeks. 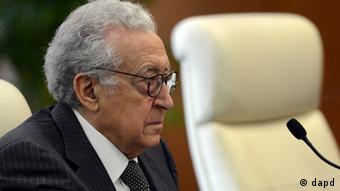 Lakhdar Brahimi is the United Nations peace envoy to Syria

But the regime could also be trying to stop information on the civil war from spreading abroad. It's a tactic that Damascus seems to have been pursuing for some time already, according to Perabo.

"No journalists were allowed in the country, and members of the media were being hassled. Syrian activists who were seen filming were arrested on a large scale," he said. Shutting down the Internet is seen as another step in the same direction. In addition, said Perabo, it would enable the regime to install more spy software to identify rebels and opposition activists.

Perabo said he does not expect a quick victory by either side. Fighting has been edging closer to the capital, and the regime is more and more on the defensive. But, he added that "the Brahimi initiative has received new energy. We hope that more will happen in the next weeks."

Indeed, Syrian journalist Wael Sawah said the chances for success for a new diplomatic initiative could increase. As the regime loses more and more support among the Syrian people, many will want a change. "That implies, of course, that they want a democratic government," he said.

Sawah said, however, that the opposition is dependant on help from abroad, and the international community needs to put more pressure on the regime. "They should consider putting all options on the table - rather than limiting themselves to diplomatic options," he said.

'The West would have to consider unilateral steps'

Syrian journalist Wael Sawah believes a political solution to the conflict there is still possible. However that would require all sides involved to agree on new steps. If not the country will slide into civil war. (13.11.2012)

US President Joe Biden signs series of orders, including rejoining Paris climate accord

The inauguration of Joe Biden in pictures