Sympathy for Catalan independence grows in Madrid | Europe | News and current affairs from around the continent | DW | 04.10.2017

For months now the media in Madrid have taken a hardline course against the Catalan independence referendum. The Spanish government's response to the vote on Sunday inspired a change of heart. 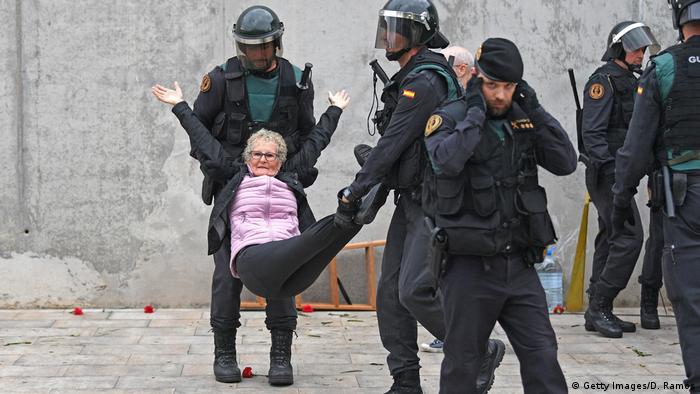 Anyone watching the official Spanish television channels TVE1 or TVE 24h on Sunday could see with their own eyes hundreds of thousands of people demonstrating on the streets of Catalonia for their right to self-determination. They witnessed the images of citizens caught between heavily armed national and Catalan police who sometimes came to blows. The harsh response of the Spanish national police to aggression and violations of the law by Catalan voters was especially startling. Even Spanish media kept showing images of Catalans covered in blood.

However, the interpretation of these images on the official broadcasters in Madrid and Barcelona could not have been more different. On the official local television channel TVE3, the police intervention in Catalonia was interpreted as "repression" and a "Francoist offensive," while the conservative Spanish prime minister Mariano Rajoy was indirectly labeled a delegate of a totalitarian state. Meanwhile, its Spanish counterpart spoke of "enforcing the law" and an "illegal referendum." One country, two realities.

The real loser of the referendum is Mariano Rajoy

However, the viewpoint of the private TV broadcasters in Madrid (Telecinco, Antena3, La Sexta and Cuatro) has shifted slightly since Sunday – in the Catalans' favor. The real loser of this trial of strength between the official broadcasters is Prime Minister Rajoy. Against the backdrop of the emotional scenes coming out of Barcelona, his stock phrases – always the same, always trotted out in the same tone of voice – appear empty and unreal. 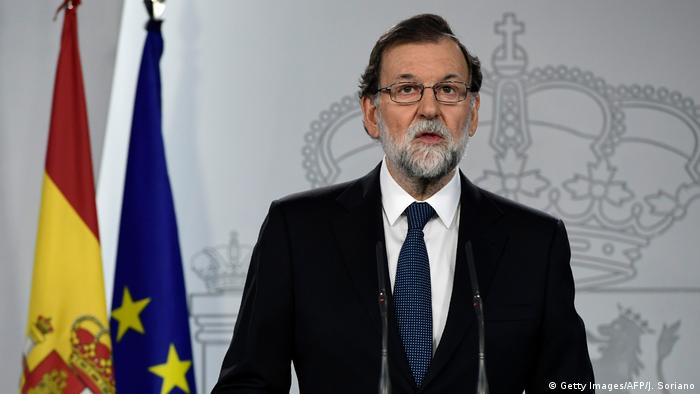 On the private channels, the casualties – Catalans say nearly 900 people were wounded – are being blamed primarily on Rajoy and his instructions to the Guarda Civil and Policia Nacional. On Tuesday, broadcaster Antena3 showed the violent footage repeatedly, commenting that "the actions of the Spanish police were excessive." However, the channel also explained how this impression came about: "The Catalan police [Mossos] didn't do enough, and in some cases they also refused to shut the illegal polling stations in order to avoid any connection with the violence."

The referendum was above all a media success for the Catalans and their cause. According to a report by Reporters Without Borders, for weeks now the regional government has been exerting a lot of pressure on journalists and opponents of the referendum.

The power of pictures has changed people's view of the Catalans

All the Madrid media now seem worried about Spain's image. The European parliamentarian Andrej Hunko of the Left party, who went to Spain to observe the referendum, said he was appalled, and issued a press statement saying that he would denounce the violence before European institutions. But there were other images that also caught the attention of people in the capital; like those of happy, singing Catalans in Tarragona celebrating the referendum day in their own language.

TV channel LaSexta, which is based in Madrid but financed in part by the Catalan media concern Mediapro, has long been critical of the government. In recent months it had always emphasized that the referendum was illegal. Now, though, it is saying: "When so many people take to the streets, we should listen to them." Yesterday Mediapro also opened up the international press center in Barcelona, which was what made comprehensive media coverage possible. 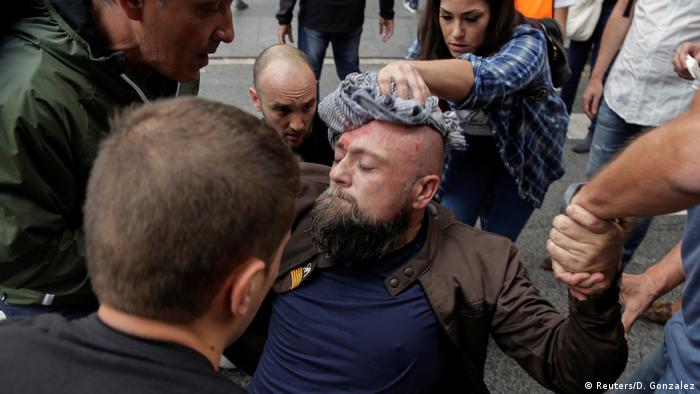 The Catalans have shown Madrid they're serious

The leader of the Spanish Social Democrats, Pedro Sanchez, has also adapted his stance on Catalonia. Yesterday evening he stated that his party, PSOE, was on the side of the Spanish constitutional state, thereby distancing himself from the left-wing Madrid party Podemos, which supported yesterday's referendum. However, Sanchez has also made clear that he believes Rajoy's government made a big mistake: "Whether we like it or not, there is a growing separatist movement in Catalonia: We have to sit down at the table with them and find a solution." Sanchez called on Rajoy, as head of government, to initiate this process.

However, the general view in the media is that Sanchez is more likely to be the one to take the lead. Commentators are saying that since the governing PP party also successfully opposed the new draft constitution for Catalonia (Estatut) initiated in 2006 by the then-Social Democrat government, and after the harsh police intervention on Sunday, it has virtually no credibility. TV channel Antena3 agrees with the Spanish opposition party Ciudadanos that the dialogue has to begin now, before the head of the Catalan government, Carles Puigdemont, can unilaterally declare an independent Catalonia.

The general strike this week can be seen as the unions' official response to the harsh intervention by the Spanish police. "The government must look things in the face," said Ruben Vidal, a Catalan living in Berlin. "For years, all it's done is look away. The radicals in Catalonia have been able to mobilize the masses and manipulate the whole education system. You don't just sit and wait for problems to go away. Madrid has to engage with the separatists; there's no other way."