Switzerland tackles immigration - yet again | Europe | News and current affairs from around the continent | DW | 28.11.2014

Swiss voters head to the polls on Sunday to decide on a controversial proposal to restrict immigration for environmental reasons. If it passes it could spell the end of Swiss-EU ties, writes DW's Vincent Landon. 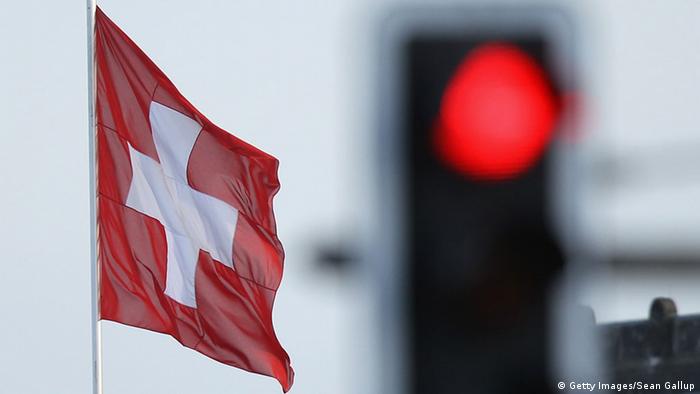 The initiative "Stop overpopulation - safeguard our natural environment," put forward by the Ecopop Association, calls for annual net immigration in Switzerland to be limited to 0.2 percent of the population. That would mean a cap of about 16,000 people a year compared to the recent average of around 80,000.

The initiative also calls for 10 percent of Swiss development aid to be spent on family planning measures in poor countries.

The environmental organization Ecopop was founded in the early 1970s to raise public awareness of the impact of population growth on the planet's limited resources. The campaigners behind Sunday's initiative say Switzerland is one of the most densely populated countries in Europe and that the current rate of immigration is unsustainable.

"We're not saying who should come, we just say it should be less," says Sabine Wirth, vice-president of Ecopop, rejecting allegations of xenophobia or racism.

Switzerland's population is currently about 8.14 million and has been increasing annually by more than 1 percent a year, largely due to immigration. 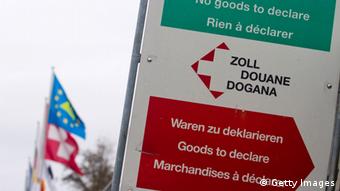 While the Federal Statistics Office estimates that Switzerland will have a population of around 8.84 million in 2035, Ecopop reckons that if nothing is done to contain immigration, there could be more than 10 million people in Switzerland by 2025 and that could increase to 13.8 million by 2050.

The government and all the main political parties have come out against the initiative saying that it fails to resolve environmental problems and would be harmful to the economy.

Federal Justice and Police Minister Simonetta Sommaruga said the initiative would have an adverse impact on Swiss companies that need to be able to recruit from abroad when they cannot find skilled workers at home.

"The Swiss economy would lose the flexibility it now has," she told national French-language broadcaster RTS. "The Ecopop initiative sets rigid limits that would not allow Swiss employers to meet their needs in periods when the economy is in full swing."

The Swiss Business Federation shares the government's view, warning that a limit of 16,000 immigrants a year would strangle Switzerland's economic development.

Ecopop answers its critics by pointing out that reduction to a net immigration of 16,000 means that 91,000 people could still immigrate annually as about 75,000 people leave Switzerland each year.

"Of course you can grow and grow, and it acquires a dynamism of its own," counters Wirth. "With a more or less stabilized population, it should be possible to have a good and sustainable economy."

The second part of the initiative seeks to reduce population growth by requiring that 10 percent of development aid be used for family planning, especially in poor countries. Campaigners say voluntary family planning is a basic human right declared by the United Nations in 1968.

Charities have spoken out against this proposal, saying it smacks of neocolonialism and that Ecopop would do better to tackle consumption patterns in western countries.

"In poor countries, there is no lack of contraception, but of healthcare, education and income," says Peter Niggli, director of Alliance Sud, the Swiss Alliance of Development Organisations.

Going into the final stretch, the latest polls conducted by the GfS Bern research and polling institute indicate that the intiative is likely to be rejected on Sunday.

The majority of respondents (56 percent) said they are opposed but political scientist Claude Longchamp who heads the institute says you can't entirely rule out an upset if protest voters want to embarrass the government.

In general, support for the initiative is highest among government critics and low- wage earners.

Like the other main parties, the rightwing Swiss People's Party is officially against it although about 60 percent of the party's supporters say they would approve the immigration caps. 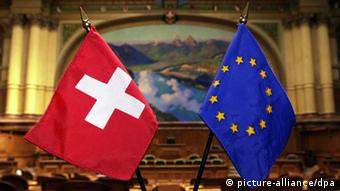 The referendum is a stern test for EU-Swiss ties

In February the electorate narrowly approved a Swiss People's Party initiative for unspecified immigration quotas over concerns about too many people moving to Switzerland from the European Union.

The government has not yet implemented the initiative for immigration quotas and has more than two years to do so but any action it takes threatens to put Switzerland on a collision course with the European Union over the free movement of people accord.

Most Swiss politicians and business leaders agree that if this latest initiative passes, it would mark the end of bilateral relations with the EU.