Voters have decisively rejected a plan to make Switzerland the first country to ban experiments on animals, according to results 79% of voters did not support the ban. 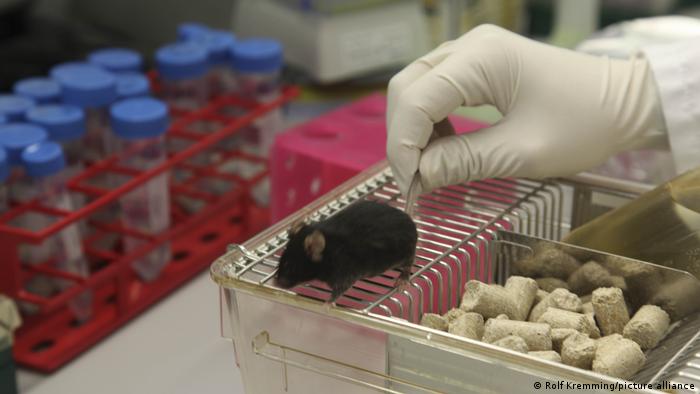 Campaigners want to ban animal testing in Switzerland, but the government says a ban would have a massive impact on medical research

Voters in Switzerland on Sunday rejected a campaign that aimed to make it the first country to ban experiments on animals.

According to government figures, 21% of voters were in favor of a ban on animal testing and 79% were against the measure.

Polling stations for in-person voting opened for two hours on Sunday morning, but most voters had already cast their ballots by post.

The poll was part of the country's system of direct democracy that sees many issues put to the electorate each year.

"We are delighted with the clear rejection of this harmful initiative," CEO of lobby group Interpharma Rene Buholzer said.

"It shows that the Swiss population recognise the central role of research for people's health and for prosperity inSwitzerland."

Indeed on Sunday, voters were also asked to decide on whether to boost financial support for local media and to tighten tobacco curbs.

The results of the referenda could have a significant impact on two of the country's major industries — the pharmaceutical sector and the tobacco giants that are headquartered in Switzerland.

What is the animal testing ban?

Voters were asked to consider a "ban on animal and human experiments," which, if passed, would have made Switzerland the world's first country to introduce the measure

Animal welfare campaigners gathered enough signatures to put the question on the ballot.

Supporters of the ban said the practice is unnecessary and ethically wrong, calling the practice "inexcusable."

They argue that researchers are able to create new methods to test medications and chemicals without involving animals. 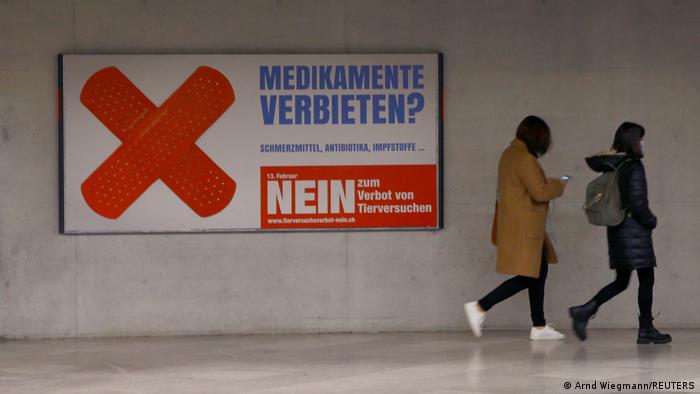 Opponents of the ban, which includes the Swiss parliament, said it would have wide-ranging impacts on the development and production of new medications, vaccines, therapies and chemicals.

Pharmaceutical giants Roche and Novartis argued that animal testing is still necessary to develop new medications. Opponents of the ban also said that major companies could choose to leave Switzerland should the measure pass.

Around 500,000 animals — including mice, rabbits, rats, and others — are killed in laboratories in Switzerland each year.

In another vote on Sunday, voters approved further restrictions on tobacco advertising, with 56.6% in favor, according to referendum results.

Supporters said lax tobacco advertising regulations have hindered efforts to curb tobacco use in the country — where over 25% of adults use tobacco products.

Compared to other countries in Europe, Switzerland's tobacco advertising rules are especially lax. Advertisements for tobacco products are broadly legal on a national level, except on TV and the radio.

Major tobacco companies have their headquarters in Switzerland — including the world's largest tobacco firm Philip Morris International — and they have long lobbied to keep advertising regulation light.

Ministers have drawn up counterproposals that would curb advertising but still permit it online as well as in shops and newspapers.

Voters also rejected plans to increase financial support for the media by 54.6% to 45.4%.

A proposed law sought to avert the closure of more local newspapers and radio stations in the Alpine nation by providing an aid package of 151 million Swiss francs (€144 million; $163 million).

The government argued that state funding was needed to help struggling media companies whose advertising revenues have been hit hard in recent years, and who have struggled with the transition to digital media.

The "No" campaign, which was backed by right-wing parties, argued that the proposal would be a waste of public money and said it would mainly benefit larger media groups.

The prominent Berlin medical institution said the animals had to be killed due to contamination risks. Charite claimed it consulted with city authorities prior to making the decision.