Switzerland has opened criminal proceedings against a board member of the nation's top Islamic organization for spreading jihadist propaganda. Since the Paris terror attacks Switzerland has been on high alert. 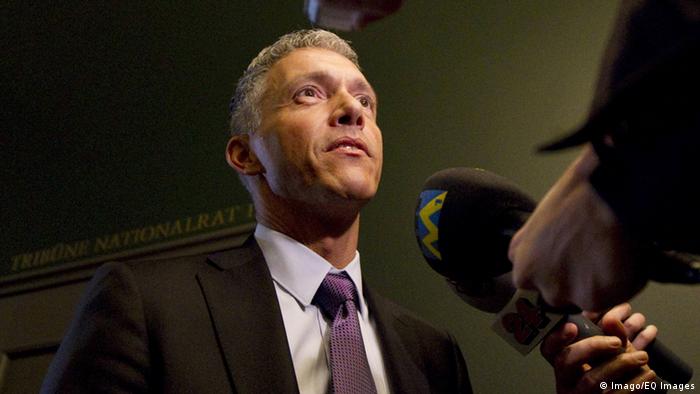 Swiss prosecutors are investigating a board member of the Islamic Central Council of Switzerland (ICCS) for making a propaganda video for Syrian-based jihadist groups, Swiss Attorney General Michael Lauber said on Saturday.

The German citizen is being investigated for violating "the prohibition of groups like Al-Qaeda, Islamic State and similar organizations" when he made an alleged propaganda video and did not "explicitly distance himself from al-Qaeda activities."

The suspect was not named by the attorney general, but the ICCS identifed him as Naim Cherni, the head of the organization's multimedia department.

Prosecutors said he had during a visit to Syria interviewed a senior member of Jaysh al-Fath (Army of Conquest), one of the largest rebel umbrella groups that includes al-Qaeda's Syrian affiliate the al-Nusra Front as well as other Islamist forces.

The attorney general's office said the investigation shows "the rigorous prosecution brought against all persons in Switzerland who attempt to take part in jihad-motivated terrorism, or who support this by means of propaganda."

The announcement on Saturday comes as Switzerland is on high-alert following the Paris terror attacks that killed 130 last month. On Friday, Swiss authorities announced they were adding nearly 86 counter-terror personnel to the federal police, intelligence service and border patrol agencies.

The Alpine nation currently has 46 criminal proceedings "in conjunction with the topic of jihad-motivated terrorism," most related to propaganda.

Separately, two Syrians were arrested last week with explosive traces in their car after a foreign intelligence agency tipped off authorities about a jihadist cell planning an attack in Geneva. They are being investigated for possible ties to the "Islamic State" (IS).