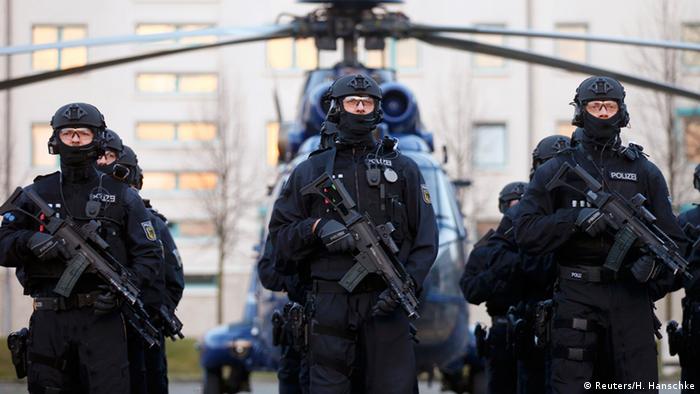 Last month, Islamist attackers armed with explosives and Kalashnikovs killed 130 people at several different sites in Paris almost simultaneously . Several of the attackers blew themselves up at those sites, while others fled and were hunted for days by police. The attack on the offices of the Paris-based satire magazine "Charlie Hebdo" in January were similarly executed. During those attacks, three Islamists killed a total of 17 people at multiple locations in the city.

In January, Germany's Interior Minister Thomas de Maiziere commissioned a study on the preparedness of German security forces for such situations. The finding: There is room for improvement. The report said that agents lacked the training and equipment to deal effectively with well-armed terrorists like those in Paris. Police unions also warned that German security forces were not ready to confront such emergencies - either in terms of personnel or equipment. 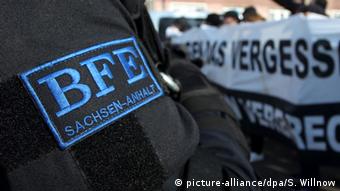 The BFE+ will begin its work immediately

A new special unit is supposed to change that. It has been named the Beweissicherungs- und Festnahmeeinheit plus ("evidence collection and arrest unit plus") also known as "BFE+." Fifty agents will begin working at the federal police's Blumenberg location near Berlin immediately. Four more units, comprised of 50 agents each, will soon be deployed in other locations around the country.

"Europe had never experienced attacks like those in Paris this January," says Jörg Radek, deputy chairman of the police union GdP. "We are faced with a new type of perpetrator, one that has been to war and knows how to handle military weapons. Until now, an attack would be carried out, then the perpetrator would go into hiding. But now perpetrators are moving, they are dynamic, and several attacks take place at different locations at the same time."

To date, Germany's elite GSG9 special forces unit responded to scenarios like this, where risks to the lives of individual agents were accepted as part of the job. The GSG9 is designed to end such situations and restore order. The unit keeps its skills up-to-date with permanent training, and similar units, like the SEK (a SWAT unit) and MEK (a mobile tactical force), are also maintained throughout Germany.

But these units are all direct attack forces, and are not necessarily trained to conduct large-scale, sustained manhunts. The BFE+ is meant to fill that gap. They are to offer support to GSG9, as well as federal and state police, during large anti-terror operations.

Firefights between patrol officers and terrorists

Yet there is an enormous discrepancy between these elite units and everyday police officers patrolling their beat, says Radek. He warns that the protective vests issued to police cannot withstand the impact of rounds fired from assault rifles. 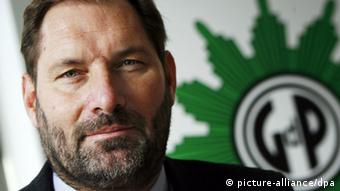 "But the most astonishing thing is that federal police cruisers are not even outfitted with a second magazine (of bullets)," says Radek. "Normal police patrols will have to fend off attackers until BFE+ units arrive. We have to equip and protect them so that they can take up the fight." Radek says there is a need to "arm them so that they are a robust unit."

But security expert Wolfgang Petri remains utterly unconvinced about the creation of the new force. He spent 16 years in the police criminal investigations department, mostly as part of the MEK. Today he is a corporate security advisor.

"We don't need another unit," Petri told the German press agency dpa. He says that the money would be better spent reinforcing and equipping existing units. And that the people employed in the new units will be the same people missing at existing ones. On top of that, he argues that it is impossible to create an effective special forces unit in such a short period of time: "It's pure window dressing."

German justice minister: some 200 Germans probed in connection with Syria

Heiko Maas has said the government is investigating 135 domestic cases linked to the war in Syria. He said this showed that the German legal system was working, and the Berlin had "no tolerance" for radical terrorism. (09.12.2015)

Member states have agreed that energy, health, finance and transport companies will have to report serious cyber-breaches. The new law follows reports that many security violations are hidden from the public. (08.12.2015)