A trial in Stockholm over stolen royal Swedish jewelry was suspended when the missing objects were found in a trash bin. Authorities are now checking to see whether they are authentic. 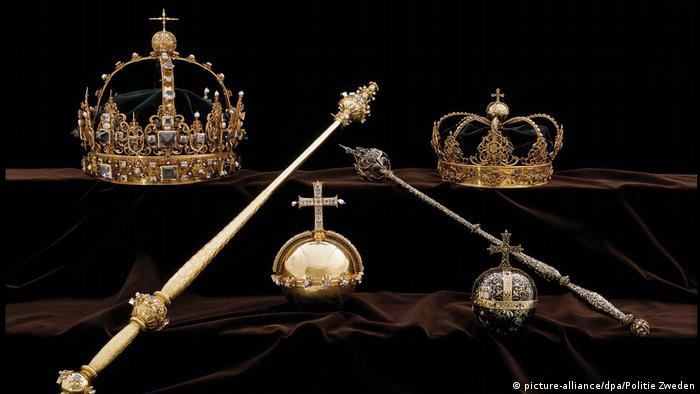 The trial of a young man accused of stealing royal jewelry from a Swedish cathedral was halted on Tuesday when officials announced that the jewelry appeared to have been found in a rubbish bin in a Stockholm suburb.

Thieves made off with an orb and two crowns worth approximately 65 million Swedish crowns ($7.1 million) from a hilltop cathedral west of Stockholm in July 2018, before fleeing via a nearby lake system.

Police said they had recovered what they believed to be King Karl IX's funeral regalia in an area around Stockholm and that they were working "intensely" to confirm the items were the royal jewelry.

A 22-year-old Swedish man is standing trial accused of stealing the objects from an alarmed display after the glass was smashed. 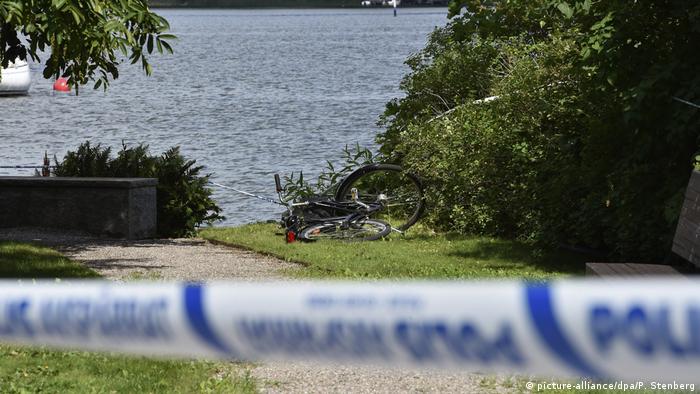 The suspects escaped via a nearby lakes system

The defendant, who was arrested September 12, has not been publicly identified. A second man has been detained but not charged.

The stolen artifacts are so-called funeral regalia, which are placed inside, or on top of a coffin to denote a deceased royal's identity and social ranking. The orb was made for King Charles IX (1550-1611), and a crystal-studded gold crown was made for Charles' second wife, Kristina the Elder.

While some funeral regalia are kept in the cathedrals of Strangnas, Uppsala and Vasteras, Sweden's crown jewels are in vaults under the Royal Castle in Stockholm.