The sinking of the ferry Estonia 20 years ago has been mourned at ceremonies in Stockholm and Tallinn. Europe's worst peacetime shipping disaster killed more than 800 people, including 501 Swedes and 290 Estonians. 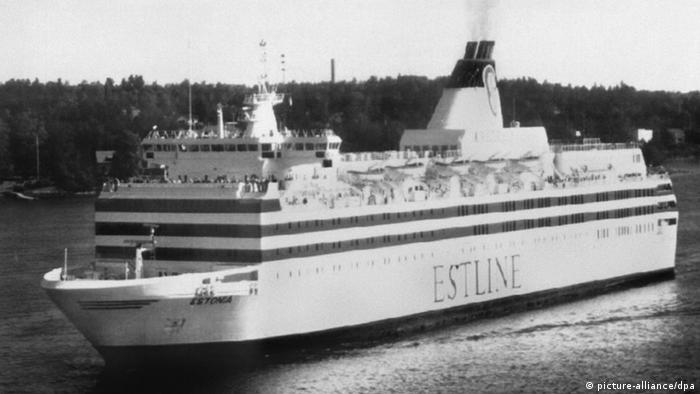 Commemorations were held on Sunday for the victims of the Estonia car ferry disaster. Its bow doors were ripped open in the pre-dawn hours of 28 September 1994 in the Baltic Sea off the southern coast of Finland. It sank within minutes.

Mayor Edgar Savisaar, speaking at a ceremony in the Estonian capital Tallinn on Sunday, said the worst accident in his country's modern history had had saddened many citizens.

"It touched all of us. Whether directly or distantly ... it was in everyone's heart," Savisaar said.

On Saturday, mourners had laid flowers and lit 852 torches during a six-hour ceremony in Tallinn to remember the 852 lives lost.

That ceremony's duration matched the length of the fateful voyage. The majority of the crew were Estonian. 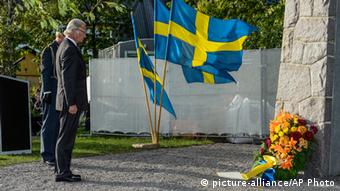 Across the Baltic, Sweden's King Carl Gustaf XVI laid a wreath on Sunday at his nation's disaster memorial site on the Stockholm island of Djurgarden. "We will never forget their names and fate," he said.

Sweden's loss of 501 nationals in 1994 prompted comparisons at the time to a modern-day Titanic.

Commemorations were also held on Sunday in Swedish locations of Vihelmina, Norrkoping and Lindesberg, where victims also had their homes.

The Estonia set off from Tallinn at 7 p.m., with 989 passengers and crew, heading for Stockholm.

Mikal Öun, one of only 137 people who survived, said when interviewed in 2004 that most passengers had retired to their cabins early because of the storm.

"I had been sleeping for one or two hours, a huge jolt woke me up. It was as if huge waves were lifting up the ship," he said.

"Then I heard several loud bangs as if trucks on the car deck were falling over. Suddenly the ship began to lean to one side. Then I got dressed and left the room."

Öun said he stepped out of his cabin to witness people screaming and running down the corridors.

A joint Estonian-Swedish-Finnish commission report published in 1997 on the Estonia's sinking blamed the disaster on the weak locking of the ferry’s ramp. These findings were subsequently disputed.

The sinking in Belgian waters of the Herald of Free Enterprise in 1987 and then the Estonia in 1994 prompted the United Nations' International Maritime Organization (IMO) to correct design flaws and evacuation procedures.

Car ferries, because of their large open spaces under deck, had a reputation for quickly becoming unstable, if flooded.

South Korea's loss of about 300 people, mostly teenage school children in April 2014, involved the Sewol, a ferry built in 1994. Its design predated the rule change.

Sewol's passengers were initially told to stay below deck.

Under UN rules, crews now have to conduct evacuation drills at least every two months.

The capsizing of a ferry is the latest in a series of fatal mishaps in a country where boats often serve as the main way of getting around. Experts say the government has failed to act robustly to prevent accidents. (05.08.2014)