Disaster turns spotlight on ferry safety in Bangladesh | Asia| An in-depth look at news from across the continent | DW | 05.08.2014

The capsizing of a ferry is the latest in a series of fatal mishaps in a country where boats often serve as the main way of getting around. Experts say the government has failed to act robustly to prevent accidents. 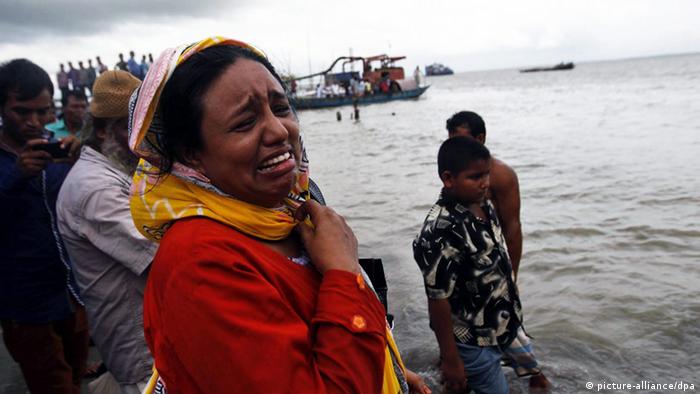 Waving goodye to their relatives in Madaripur, a town in the country's south west, at least 200 Bangladeshis boarded a boat bound for the capital, Dhaka, on August 4. Many were returning to the city after having spent the week celebrating Eid al Fitr, the festival marking the end of the holy month of Ramadan, with their families. But the ferry never reached its destination, capsizing just a few hours later.

Horrified locals watched from the banks of the Padma River in the Munshiganj district about 44 kilometers (28 miles) south of Dhaka as the boat started to go down.

"The river was rough, and there were many passengers on board," said Azizul Haque, who jumped overboard when it became clear the ferry was sinking. "The ferry went out of control due to wind and current, tilting from one side to the other," Haque told AP. He managed to survive by swimming to shore, along with at least 44 other people. 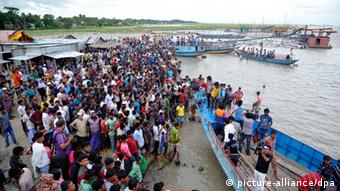 Samsuddha Khandaker, chairman of the Bangladesh Inland Water Transport Authority (BIWTA), said that the boat had been overloaded. "The boarding capacity was 100 passengers, but the ferry was carrying around 250," Khandaker told DW in Dhaka. "When the ferry was caught by strong current of the Padma River, it sank."

Captain M. AnamChowdhury, president of the Bangladesh Society of Master Mariners says that 35 percent of ferry accidents in the country are due to overcrowding, making this factor the most common cause. There are also other factors for the mishaps such as poor maintenance and design, a lack of safety standards and unpredictable weather conditions, he added.

Bangladesh has a huge network of rivers, with boats often serving as the main way of getting around, especially in the southern and northeastern regions. For a country of 155 million people which relies so heavily on its waterways, it has a poor record when it comes to ferry safety.

In the past few days alone, dozens of people died when a total of four ferries capzised. Back in May, at least 50 people died in a similar disaster. Research conducted by BITWA reveals that in the past 13 years, at least 5000 people lost their lives in ferry accidents. 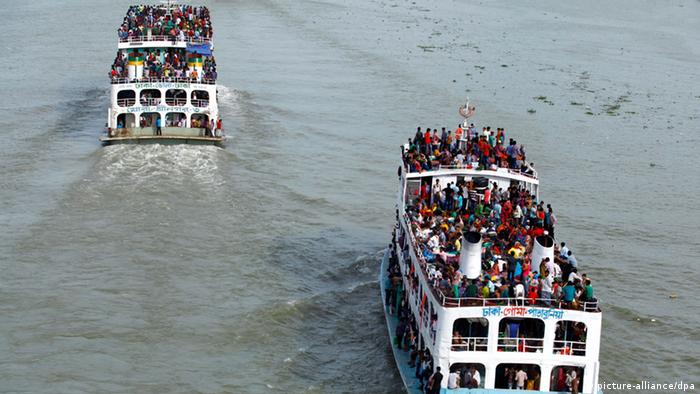 Despite these numbers, the Bangladeshi government has done little to address the problem. Michael Kugelman, a South Asia expert at the Washington-based Woodrow Wilson Center for Scholars, says that as this issue primarily affects the poor among the country's population, the government will not make it a priority.

"Only when there is a huge international outcry - as there has been with the garment industry accidents of recent years in Bangladesh - does the government respond robustly and meaningfully," he added.

Bangladesh's political scene is deeply polarized, with the government dominated by power struggles. "The country's masses, and the critical issues that imperil it, are sadly left in the lurch," said Kugelman. 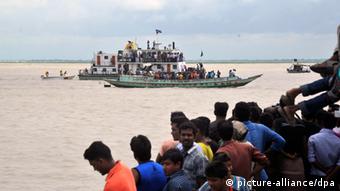 In the past few days alone, dozens of people died when a total of four ferries capzised

"Poor training of the crew is a definite weak link in both prevention and response to accidents," said Roberta Weisbrod from Interferry, a shipping organization representing the ferry industry worldwide, adding that crew members often "lack basic knowledge and are often poorly literate."

The association, along with the International Maritime Organization, developed a training course for ferry workers, which was trialed in Bangladesh to good results. However, the course was not implemented by the government.

120 people are still missing in this latest tragedy, many of them feared dead. "Passengers are powerless," says Weisbrod. "Owners are irresponsible and not called to account, and the government is weak in enforcing, especially against the powerful." This view is shared by Kugelman. "Lack of political will could obstruct the implementation of better accountability measures," he said.

Bangladesh's Rana Plaza building collapse triggered calls for better conditions in the garment industry. But despite improvements, there is still much to do, Ian Spaulding from the Alliance inspection group tells DW. (18.07.2014)

Attacks on activists have created a state of fear which is obstructing the activities of rights groups in Bangladesh. DW takes a look at the human rights situation in the South Asian nation. (01.07.2014)