Sustainability education picks up in Germany | Environment | All topics from climate change to conservation | DW | 16.09.2013

Sustainability education picks up in Germany

In Germany, schools in different states are slowly starting to incorporate the subject of sustainability into their syllabus. But, there are problems in standardizing common goals. 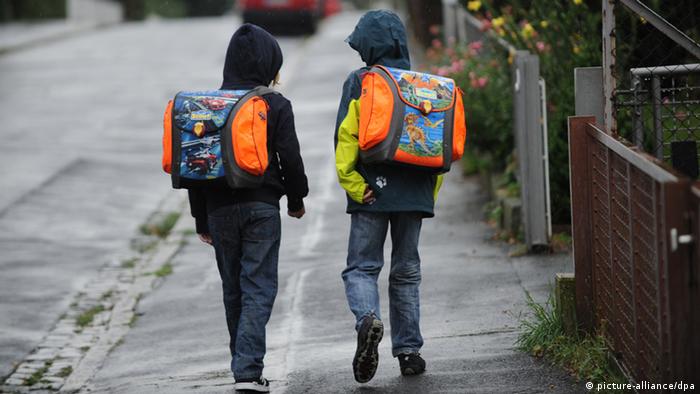 The Ernst Mach selective high school on the outskirts of Cologne is proud of its environmental record. The school runs partly on electricity from solar cells, has its own vegetable garden and teaches environmental awareness subjects to all its students.

The green efforts here aren't just a happy coincidence though. The school is part of the North-Rhine Westphalian state program "School of the future" (Schule der Zukunft), which began in 2009 and now includes some 650 schools.

"The aim of the project is to bring topics and projects around sustainability into the schools in our state," explains biology teacher Thomas Knechten, who also works as a coordinator for the program.

Outside the school gates Knechten and his older students are creating a tree-learning-path in a nearby park. The park's alder, yew and gingko trees will serve as a learning tool for younger students, who will learn to identify the trees through their leaves, their bark or their fruit.

Bringing environmental education into school classrooms hit the global agenda as early as 1992, when world leaders met at the United Nations Conference on Environment and Development in Rio de Janeiro. 10 years later however, little had changed and in 2005 the UNESCO started its decade-long campaign of "Education for Sustainable Development," which is due to end next year. 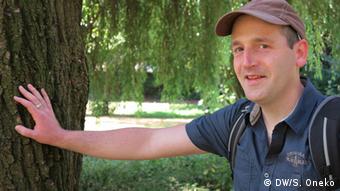 Teacher Thomas Knechten is helping his school get greener, with a variety of projects

For Germany, this proved to be the necessary push to bring sustainability education into schools. As education in Germany is however not managed through the federal government, but via the 16 states, every state organises its own environmental initiatives.

The current "School of the future" campaign in North-Rhine Westphalia is due to end in 2015 for instance. Then, all schools who took part in the program will be certified according to their performance.

Internationally, countries like Japan, South Korea, Sweden and the UK have managed to take the lead on environmental education, says Gerhard de Haan, the head of the German National Committee for the UNESCO sustainability project.

The committee of stakeholders from the political arena, academia and non-governmental organisations is responsible for advising Germany's education ministers on the inclusion of sustainability in curricula.

"Germany is doing quite well," remarks De Haan. "The states are slowly trying to change their teaching plans and the topic is no longer just part of the preamble."

In fact, projects similar to North Rhine Westphalia's initiative can be found all over Germany. Yet they are largely run on a voluntary basis and depend on the motivation of individual teachers or schools. The topic should be part of the official school curriculum, says De Haan.

More than the environment

De Haan believes that such projects can especially benefit students who have difficulties with regular school subjects. "They are especially effective in schools in socio-economically weak areas as it requires a different teaching form. If you can't reach the students with classical teaching methods, these alternative forms of education often can be appealing."

But, before that happens, training of teachers on the subject of sustainability needs to improve. And, it needs to be incorporated into existing subjects better, says de Haan. 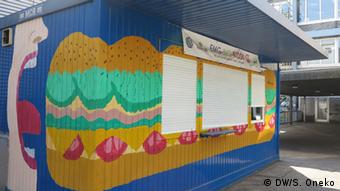 The school canteen at the Ernst Mach school: fast-food burgers are now off the menu

In Knechten's own schoolboy days, sustainability education was hardly a topic. Now, if it were up to him, there would be a much stronger focus on sustainable development and the environment at German schools.

In his school's playground, Knechten points to a brightly-painted container, the school kiosk. A group of students has managed the shop for the last two years and they now sell organic and fair trade products. There are mixed feelings to the products though.

"Before, we had things like chicken burgers, pizzas and sweets," says 14-year-old Matthias, who works at the canteen. "My friends do all eat the new fair trade food. But, if they had to decide, they would probably prefer to eat pizza I think."

It seems sustainability education still has a little way to go after all.

Climate protection and sustainability are high on the time table at the Green School in Bali where 200 students from all over the world are learning to preserve the planet. The school too is leading by example. (10.07.2013)