This Sunday's Lower Saxony regional election could bruise Chancellor Angela Merkel as she tries to forge her next federal coalition government. A new survey shows the northern state's governing Social Democrats ahead. 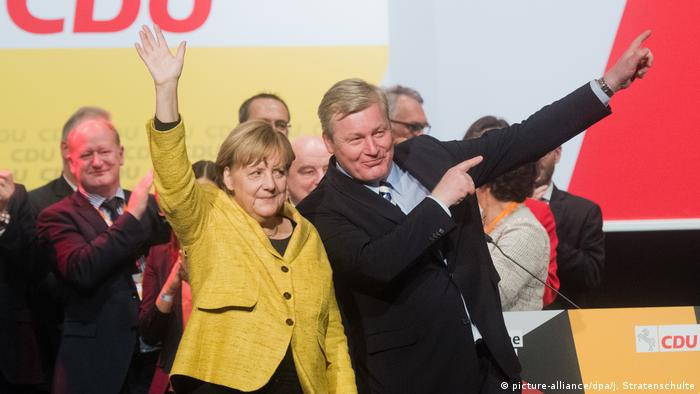 Conservative Merkel and SPD federal leader Martin Schulz, whose parties each lost voters in part to the far-right AfD in last month's federal election, traveled to Lower Saxony on Friday for a final day of campaigning.

In Osnabrück and Stade, Merkel campaigned alongside top regional CDU candidate Bernd Althusmann. In Hanover, Schulz appeared with Weil after visiting a conference of the mining and chemicals trade union IG BCE.

Speaking at a rally in Stade, Merkel said she expected a tight race on Sunday, but warned against reading too much into the recent poll that put the SPD marginally ahead of the CDU.

Taste of things to come?

Sunday's outcome is likely to set the tone for exploratory talks next week on forming a new federal untested coalition between Merkel conservatives, the pro-business FDP liberals and the environmentalist Greens.

Last month, the conservatives and the SPD scored poorest nationwide since 1949 as the far-right Alternative for Germany (AfD) garnered 12.6 percent to enter the Bundestag, where Schulz's SPD plans an opposition role alongside the ex-communist Left party.

Will rivals stem the AfD?

Seven percent is forecast for the AfD in Lower Saxony's chamber in Hanover, according to the ZDF survey and an earlier sampling done for the tabloid Bild. 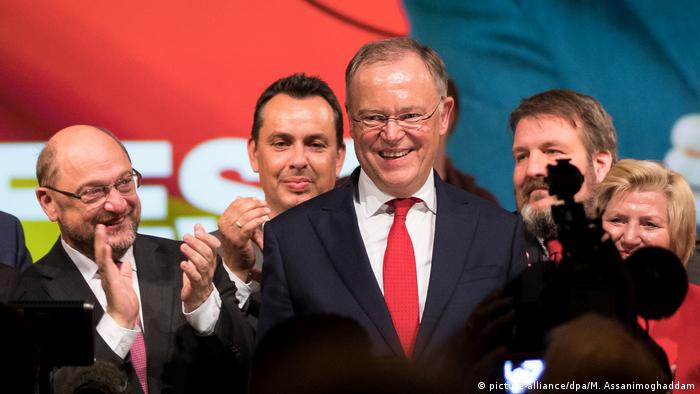 Campaigning in Lower Saxony, where agriculture, wind power and the "Dieselgate"-tainted Volkswagen are key actors, has focused on public safety, education and disputes over migrant policy.

FDP and Greens at around 10 percent

Both surveys ahead of Lower Saxony's election saw the FDP and Greens level, with each on 10 percent in the Bild survey and 9 percent in ZDF's sampling.

ZDF's survey cast 29 percent of voters as still undecided about which party to support or whether to vote at all.

Weil's previous SPD-led regional coalition with the region's Greens was left without a majority in the Hanover assembly when an environmentalist member switched to Althusmann's CDU, prompting the snap election.

Tenio Intelligence deputy research director Carsten Nickel said if Merkel's CDU defied the regional survey trends and stole back the state from the SPD and its premier Weil, then it would help her to argue for compromise in forming a federal coalition government.

Those coalition talks are due to start next week – between Merkel's conservatives, the liberal FDP and the Greens - a three-way combination that would be new to federal Germany.

In Hanover, differing three-way coalition options are possible, assuming the latest survey readings are borne out in Sunday's voting.