Survey leaves no doubt: Syrians are fleeing Assad | Germany | News and in-depth reporting from Berlin and beyond | DW | 11.10.2015

Thousands of Syrians have arrived in Germany in recent weeks, many of whom crossed the Mediterranean and traveled through the Balkans. A recent survey sheds light on their specific reasons for leaving home. 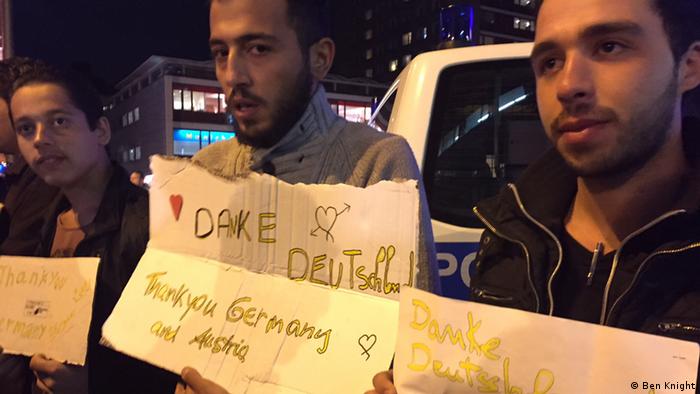 Mandalkassar gives only her first name. The 30-year-old fears that any more information could put her parents' lives at risk back in Syria. Mandalkassar, her four children, her husband and her 15-year-old brother fled to Berlin from Syria via Turkey and the Balkans. At the refugee registration center in Berlin's Moabit district last week, she watched her four children play in an open medical tent. The kids sat on old carpet scraps on the floor, playing with puppets and looking cheerful. "They have been through a lot," Mandalkassar said thoughtfully, adding that the family did not have any milk bottles for their 2-year-old twin boys for over a month when they were on the run. But life was hell in her hometown, Deir ez-Zor in eastern Syria. "There was not a second in which we were not afraid," she said. It made no difference whether the attack was led by fighters loyal to the regime of President Bashar al-Assad or the "Islamic State" (IS). Her gazed fixed on her children, she said, "I want them to be able to really live."

To live, and above all to survive, is the wish that drives most refugees to leave their country for Germany, according to a recently published survey of Syrian refugees here, said Elias Perabo, the co-founder of the German-Syrian human rights group Adopt a Revolution, which funded the survey and carried it out with scientific support. About 900 Syrian refugees were interviewed in front of refugee homes and registration centers in five German cities. "Two-thirds of respondents said that they were fleeing from war and violence," Perabo said. Other reasons for flight, such as the desire for prosperity or the reunification of families, were of lesser significance. But the mood was quite obvious whenever refugees were asked who was to blame for the war and violence. "Around 70 percent of respondents say they have fled because of Bashar al-Assad's regime," Perabo said. He found the responses astounding, especially because the prevailing image in Germany is that IS is responsible for the mass exodus from Syria. "The battle against IS terrorism will not solve the problem," the survey found. That's a message that Germany's diplomats must keep in mind.

Haid Haid, Syrian human rights activist and spokesman for the campaign Planet Syria, said many feared Assad's barrel bombs, which are just as awful as they sound: barrels filled with explosives and metal parts. Army helicopters drop them over towns and villages, and they devastate entire neighborhoods. Haid - who worked in Beirut for the Greens-affiliated Heinrich Böll Foundation until this year and previous to that with the UNHCR in Damascus - said he felt this fear himself during a recent visit to Syria, where his parents still live. "In the 10 days that I was there, I always had one question in mind," he said. "What do I do when the next barrel bomb comes?" 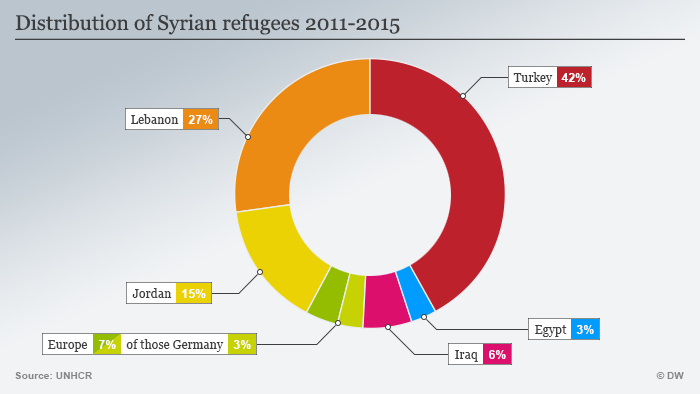 Refugees want to return to peace - and no Assad

The survey also analyzed refugees' feelings about possibly returning to Syria. Two-thirds said they would not go back as long as the war continued. About half of the respondents saw no way back, not as long as Assad or IS is ruling. Haid is not surprised that so many Syrians have fled in 2015. "People are leaving their homes now after four years of civil war because they have given up hope that there could be a future in Syria," he said. 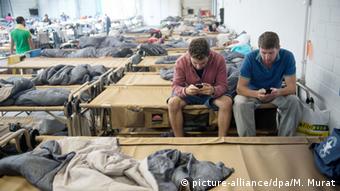 The majority of respondents see one possible international solution to the conflict: the creation of a no-fly zone to stop the barrel-bomb terror of the Assad regime. About 60 percent of those interviewed are in favor of decisive intervention by the international community, and Haid would also welcome this as a "first positive step". Furthermore, many have called for an end to arms sales, as well as for more humanitarian aid.

Heiko Giebler, who managed the survey as a scientific mentor from the Social Science Research Center Berlin, considers the results to be valid. "The point is not the percentage," he said, "but the clear trends." The public perception of young men being the largest group of refugees in Germany has been confirmed by the fact that the majority of respondents claim to be male and between the ages 16 and 25.

Mandalkassar made it with her whole family. She still cannot say whether Berlin will become her new home. In any case, she is certainly not thinking of returning to Syria. "I'm not saying that it is impossible," she said, "but it would be very, very difficult."