A surprise Russian concert has been played in the recaptured Syrian city of Palmyra. The Mariinsky orchestra was led by conductor Valery Gergiev, a long-time supporter of President Vladimir Putin. 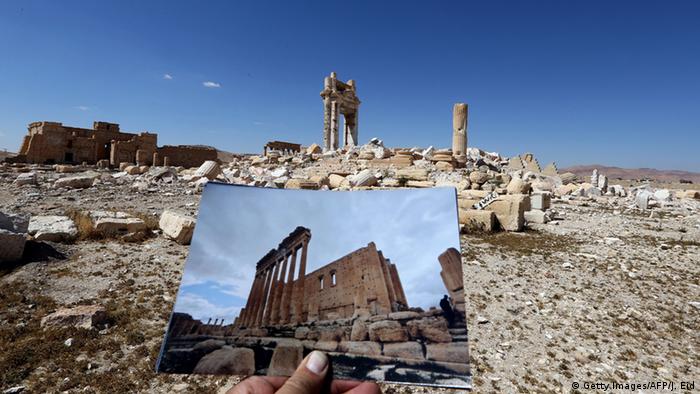 The event, made public just hours before it began and dubbed "Prayer for Palmyra," drew locals as well as Russian and Syrian military personnel and included a video address from Putin.

Assad's forces retook the city in late March, backed by Russian airstrikes. Russian troops then demined the historic part of Palmyra, where IS had blown up ancient relics during their brief occupation.

Gergiev said the concert was a protest against barbarism exhibited by IS militants who damaged Palmyra's artifacts and who used the Roman-era amphitheater to execute prisoners.

Putin addressed the concert audience via a video link from his Russian Black Sea residence at Sochi, saying the world needed to rid itself of terrorism.

He said the concert as a "sign of gratitude" to the victims of terror and those who fought to deliver modern civilization from the "terrible scourge of international terrorism."

Syrian tour guide Anwar Al-Omar, who sat in the audience, said while Russia could help rebuild the ancient town he was downbeat about its prospects in the long-term.

"I am pessimistic. It will be difficult to bring tourists back," he said.

Thursday's performance was reminiscent of a concert conducted by Gergiev in August 2008 in self-proclaimed state of Ossetia, his home region, after Russia defeated the Georgian army.

Gergiev is one of the world's best-known conductors but has faced backlash in the West for his strongly pro-Kremlin views and his tours have sometimes been interrupted by protestors.